Biblical Names and their Meaning

Providing a convenient list of Biblical Names and their meaning, along with the people behind them 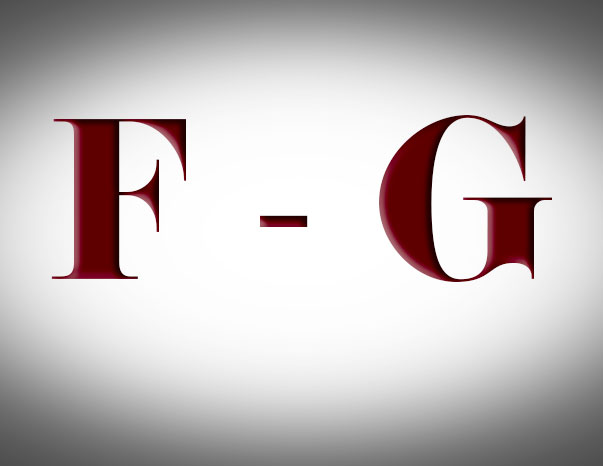 Starting with the letter "F - G"

Biblical Name Means: (prosperous) - He was a high ranking Roman official that had been appointed to office by the emperor Claudius. Felix was an evil and cruel ruler. He was the one who placed the apostle Paul in prison for two years. After Porcius Festus had replaced the infamous ruler, Felix was found guilty of cruelty and corruption during his time of serving the Roman Empire by the Jews in Caesarea. He was fortunate, that his brother Pallas and the emperor Nero had intervene on his behalf and spared him from his convicted crimes.

Biblical Name Means: (joyful) - He was known as "Porcius Festus" and he was the one who succeeded Felix, when it came to ruling over the province of Judea. Festus was immediately placed in the middle of the conflict between Paul and the Sanhedrin. After Festus had reviewed the case against Paul, he decided that this was more of a religious matter, than it was a political one, and so therefore, sent the apostle to be tried before the Sanhedrin instead of the Roman tribunal.

Biblical Name Means: (rejection or loathing) - He was the one who lead the rebellion against Abimelech. Gaal was able to  get the Shechemites to place their confidence in him, when they too, after three years of reigning, became discontent with king Abimelech

Biblical Meaning of Name: (my back) - He was one of the head tribal leaders from the tribe of Benjamin after the Jews were released from their Babylonian captivity, after Cyrus the Great had taken the Babylonian city.

Biblical Meaning of Name: (warrior of God) - This was the name of an angel that was sent down to explain Daniel's vision of the ram and the he- goat. This angel also told Daniel about the meaning of the "seventy weeks period." This same angel; also did the birth announcements of John the Baptist and the Messiah -- Jesus Christ.

Biblical Meaning of Name: (troop / fortune) Was one of the tribal founders to the twelve tribes of Israel. He was also the son of Jacob and Zilpah (Leah's handmaiden). He would be Zilpah's first born son and Jacob's seventh.

Biblical Meaning of Name: (my fortune) - He was the son of Susi and a tribal leader of Manasseh. He was also one of the twelve scouts or spies that Moses had sent to survey the land of Canaan.

Biblical Meaning of Name: (God is my fortune) - He was one of the twelve men that Moses had sent, to spy out the land of Canaan, while they were in the wilderness for 40 years. He was the chief of the tribe he'd represented, which was Zebulun. Moses had sent a representative of each tribe.

Biblical Meaning of Name: (fortunate) - He was the father of the Israel king that rose to power after king Shallum was killed. Menahem is the son that took the throne of the Northern Kingdom, and reigned for 10 years, after he'd killed Shallum.

Biblical Meaning of Name: (burning / blackness) - He was the son of Nahor and his Syrian concubine Reumah. This Nahor was the oldest brother to Abraham.

Biblical Meaning of Name: (lord) - There were four men who were mentioned from within the Bible that held this very common Roman name. One was a Macedonian that was known as a companion of Paul. Another had accompanied Paul when had left Macedonia. Another was a Corinthian who ended up being baptized by Paul. And another is presumed to have been address in a letter that had been written by the Apostle John.

Biblical Meaning of Name: (influential) - He was a Levite that was a leader of a slave group that had returned from exile to settle in Jerusalem. He was also one of the sons that was born unto Asaph.

Biblical Meaning of Name: (he that sucks) - He was the Roman proconsul of Achaia when Paul was at Corinth. He was also the brother of the renowned philosopher Seneca. At times he had went by the nickname: Sweet Gallio.

Biblical Meaning of Name: (gift of God / reward of God) - He was known as being a doctor of the law, and an advisor from within the Sanhedrin. He was a Pharisee that ended up being the preceptor or teacher to Paul, he was serving the Sanhedrin, when he was known as Saul.

Biblical Meaning of Name: (God is great) - He was appointed by Nebuchadnezzar the new king of Babylon, to be the governor of Judah. This event happen after Nebuchadnezzar had capture Babylon.

Biblical Name Means: (hewer or lumberjack) - He was one of the twelve Judges who looked over Israel. He was also commissioned by God to defeat the Midianites. Perhaps one of the most memorable events in the Bible is where he defeated 135,000 Midiante troops with just 300 men with the help from the Lord.

Biblical Name Means: (ember) - She was the adulterous wife to the prophet Hosea. She was the daughter of Diblaim who would later bore Hosea three children, Jezreel (first born son), Lo-Ruhamah (daughter), and Lo-Ammi (youngest son).