Christian Websites Resource - This online ministry helps to guide, encourage and inspire Christian women who are living the single lifestyle throughout the world


Are You Praying that God Sends You that Special Someone?

"God never denied that soul anything that went as far as heaven to ask for it."


Now when it comes to being single in the world today, face it, it's not as wonderful as one might hope. And actually, there are many reasons why this is so. For one, believe it or not, at the time of this writing, getting paid less is one of them. No, I'm not kidding. It's no secret that married couples are able to make, and save more money than someone living on their own. Now I know that this statement may seem like a materialistic or shallow excuse. But in actuality, you may be surprised when it comes to its importance amongst individuals, as they find themselves constantly striving to make it in today's world on their own. 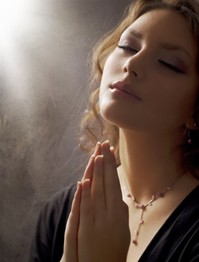 For instance, think about how the cost of living continues to rise, year after year, and combined that with a bad economy, which basically means, greater job insecurity.

I mean honestly, could you really blame someone for thinking of such things, when it comes to living the single life?

But let's just say you're able to hold on to your job, in spite of this, there's a good chance you may have to work harder than the married person that working next towards you, when it comes to trying to make ends meet.

Now this example actually ties into with what I just mentioned above, but still worth highlighting.

Also, could it be possible that those who are married could live longer? According to most studies of today, this is absolutely true. For its been found, that people who are single, tend to have shorter life spans, than those that are married.

For example, there was a study published in the Journal of Epidemiology and Community Health, which states, people who aren't married, had a 58% chance of dying sooner, than someone who is married. Plus on top of that, believe it or not, those who are married, tend to live healthier lifestyles, than those who aren't married. Now I find this finding rather interesting, being that most would say, that after people get married, they tend to let themselves go? After finding what this particular study had to say, who knows, perhaps one letting themselves go after they get married, is by chance, a myth.

Now if we were to combined all the things I just mentioned above to the fact that being single means that you also don't have someone to share those special moments with, or what I like to call that "in-house encouragement foundation" especially when it comes to the emotional downtimes, or challenges that may pop up unexpectedly in your life. Hmm... could it be possible, that one could easily adopt the viewpoint, that being single definitely yields more disadvantages, than it does advantages, especially when one compares the one that's single, to the one who was fortunate enough to get married.

Don't Worry - All Is Not Lost

However, it's not like someone could just wave a magic wand and have that special person fall into their life, whenever they needed them to. Now can they...? The reality of it all, is that we all have a period from within our lives, where we have to deal with being single, albeit some more than others, nevertheless, most of us, at one point in time, had to endure a season of such from within our lives.

This is why it's good to have Christian websites like the one I'm about to share with you. Now unfortunately for us men, this site is geared mainly towards Christian women who are single (sorry guys). But if you're a God-fearing single woman, then this site may be for you. The Christian website in which I'm referring to is called: Christian Single Woman. Now their focus goes beyond providing the typical dating tips. This site takes you through a process, which will enable a woman to become more complete, while also showing them how to better recognize, who they truly are in Christ.

Now I'm not a woman, so this review would be a challenge for me to do write-up on, so I won't go into too much detail. Besides, this should give you more of a reason, to just go and check out this Christian website for yourself. Right...? But in the mean time, I'll still list some things that jumped right out to me, as I was going through the site.

This Site Has A Lot To Offer

To begin with, this Christian website talks about the "state of singleness" and has a clever way of tying it to PMS. Now this isn't the PMS you may be thinking about, which deals with a woman's Premenstrual Syndrome. No, this PMS deals with a Pre-Marital State. Yeah, swing by their site so you can see what I'm referring to, and learn more when it comes to this subject.

They also have a great article that will help Christian women to stay encouraged, when it comes to finding the right man. It would seem that one of the major themes from within this section, deals with the idea of not selling yourself short, and not just settling for anything, when it comes to finding a man. Now I could be wrong, so don't hold me to it, being that I'm a guy in all. So please keep that in mind while you're reading through the article.

Nevertheless, they also have a great article that deals with loneliness, which gives some great advice, while providing an insightful list of what to do and what not to do, when it comes to being able to deal with the state of loneliness.