Standing with the Truth

If You're Trying to Strike a Balance - Good Luck with That

"Christianity is not a theory or speculation, but a life; not a philosophy of life, but a living presence." -- Samuel T. Coleridge

With there being so many different Christian denominations throughout the world, the task of laying out a specific set of beliefs that all Christians should hold... proves to be extremely difficult. Now you would think that you could just put forth a simple set of Christian beliefs that every Christian could agree to, but again, this task is not as simple as one would think. I learned a long time ago that you can't make everyone happy, and on top of that, you're guaranteed to offend someone in some type of way. Understand that Christianity throughout time has created a very diverse field of denominations, and each denomination has their very own set, of what you would call "doctrinal positions." 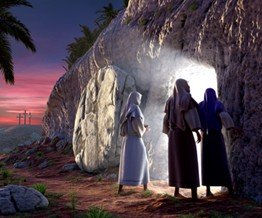 Now don't get me wrong, the differences between these different denominations, in most cases, are very minimal.

But unfortunately these small differences are still enough, to keep us Christians arguing and bickering amongst each other.

And it's for this reason, I hold true to the notion that we're going to be kept divided as a body of Christ for a very long time.

Personally I think this is sad, since we all should hold the belief that Jesus Christ is the Son of God. That He's our Lord and Savior, and through His death on the cross, we were Redeemed and brought with a price, therefore freeing us from the bondage of sin. We all should believe that eternal salvation comes solely through Jesus Christ. We all should believe that Christ had risen on the third day after His crucifixion, confirming that we too, will have life after death.

We Should Be Able To Agree On Some Things

Every Christian should believe that the Sacred Record which was written by God's prophets and apostles, is without a doubt, God's testament to humanity. We should also believe that although the Bible has over forty different human writers, that God alone, is the sole Author behind those sacred scriptures. Now I know that statement might read as a contradiction, but you must understand that the writers that God used, were being led by His Spirit, and so therefore, their writings are coming to us with absolute divine authority. Make no mistake, the Bible is God-breathed, and Jesus Christ is the main focus of the whole entire Book.

And finally Christians should all believe that there is one God and that He operates mainly within three functions, and that these functions deals with God being the Father, the Son, and the Holy Spirit. Most Christians will call this three-in-one concept as being the Trinity.

And personally, for the record, this is what I call it as well. And all though others believe in this same notion, when it comes to us serving a triune God, they still refuse to use, or give recognition to what is considered the doctrine of the Holy Trinity. The main reason for this, is that the word "trinity" is not used in the scriptures, when describing the plurality of God.

As a matter of fact, the word "trinity" does not even exist, and won't be found as one reads the Bible. But those who refuse to use the word "trinity" to describe this three-in-one concept, oddly enough, still believe in, well you know, the concept behind the Trinity of God. Yeah I know, it's confusing, but it shouldn't have to be. Understand, I'm not about to try to prove which side is right, I'm just pointing out some of the silliness, that helps to keep us Christians from being truly united fro within the body of Christ.

Nevertheless, know that this page will provide a list of short articles that I've written, when it comes to certain Christian beliefs and viewpoints. Now when it comes to these articles, there's nothing specific per se, these are just articles that touches on subjects and topics, that I believe the Lord has led me towards writing down, and sharing with you all. And of course, I will be adding more articles as time goes on.

Links to the Short Articles


The True Essence of Faith

Christian Beliefs & Viewpoints: This article is dealing with knowing that one can't believe in something, and the thing they're claiming to believe in, when one doesn't have no knowledge of it. Think about that for a moment... if you've never heard of it, and you don't know of it, then how can you believe in it? This is why, it is crucial that you really try to get an understanding of God's message from throughout the entire Bible. Make no mistake, the more you understand, the stronger your faith will become.

Jesus Christ and the Power of His Gospel

Christian Beliefs & Viewpoints: This article is dealing with three things from within a particular Scripture. Hopefully what I real, will help one to be able to better focus on the true power of Christ's gospels. I will use these three points of reference from within this particular Scripture, with the purpose of trying to give you an understanding as to why, our Christian faith should give us the boldness and courage to talk about "The Gospel of Jesus Christ" while sharing it with others.

Standing With the Bible and the Teachings of Jesus

Christian Beliefs & Viewpoints: This article is dealing with believing that Jesus Christ is our Savior and Redeemer, and that His tremendous sacrifice has brought us back from the brink of eternal damnation. The Bible clearly points this out, which makes it one of the many reasons why we should stand with Jesus Christ and His teachings, no matter what. I say "no matter what" because it doesn't matter if we don't quite understand everything, or that we may be a little confused at times, when it comes to the Word of God and the mysteries of the unknown. For you see, pursuing God, and knowing all you can about Him, makes your spiritual all worth while.

Christian Beliefs & Viewpoints: This article is dealing with believing that if we're able to get some kind of track record on how God reacts, and how He interacted throughout humanity, we can better identify how God, might be moving and reacting to us from within our lives, this very day. Ironically, it's hard for people to grasp this concept, for they have completely given themselves over to the fact that God is invisible, and that He is too big for them to comprehend, or have given completely up on the idea of having any kind of personal relationship with Him. But what they don't understand is that, we are working under the same conditions that the prophets of old were working under, but I truly believe that what we have, was made much better for us, through Christ's New Blood Covenant.

The Gift of Grace

Christian Beliefs & Viewpoints: This article is dealing with a few examples, as I've also noted some of the Lord's benefits, when it comes to receiving God's "Gift of Grace." Know that I whole heartily believe, that the faith that I have, in regards to God and all that He has for me, places me in a position to see things in a more appreciative way, when it comes to God's "Gift of Grace." Personally I see this as an awesome gift, a privilege that's given to us from our Heavenly Father through a new (blood) covenant that's also built on many more great promises.