A Man of Great Courage

He was well respected and admired for his courage and the sacrifices that he had made for them. He became a great example for the early English church and would later become a patron for the British Christianity movement.


The Gift of God?

February 10, 288: It was on this day Alban of Verlamium had been given the recognition of being the first Christian to be martyred in the Britain Isles. Know that there's not much known about Alban, but according to the account of his story. Alban was a man of great courage who would constantly put his life on the line for others. He did this by offering shelter and protection for those that were fleeing the Roman persecution of Christians during the latter part of the third century. Alban also helped give aid to the sick and gave to those who were in poverty. 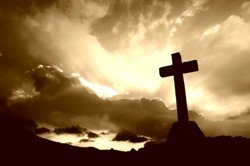 He also helped save and protect the orphan children that had no home. Alban protected these children from dangers and threats that were constantly coming from the Roman Empire.

Rumor has it, Alban had his conversion to Christianity, while he was on a trading expedition from within the Gaul Empire.

Today, the Gaul Empire would be known as France. Be that as it may, after his conversion to Christianity, Alban was moved to bring back the message of Christ. Alban presented the gospel to the town that he stayed in. Now we don't know the name of this town per se, but we do know, it was located on what was known as the Thomas River, which flowed downstream from the Roman city that was called Londinium.

History shows that Alban did a lot for the people who were seeking refuge from the wrath of the Roman Empire. He was well respected and admired for his courage, and also for the sacrifices that he had made, when it came to helping others. He became a great example for the early English church. He would later on, become a patron for the British Christianity movement as well.

So what do we know about the martyrdom of Alban? It's been told that while protecting a family of refugees from a Roman centurion, this centurion had became very angry with Alban. And because of this, viciously attacked him. The centurion would end up stabbing Alban to death.