The Death of Joseph


Promise Me - That You Will Take My Bones - Back Home With You?

But Joseph adds the oath in his second statement, because he just didn't want to remind his brethren of God's promise. But he also wanted to make sure, that his brethren swore, and so therefore, he knew that by making them do this, that they would be personally held accountable, when it came to bringing his bones back to the land of Canaan with them.


In the last article we'd learned that after Joseph (and all who accompanied him) had buried his father's body, back in the land of Canaan. The Sacred Record points out, that Joseph's brothers had started to become worried. For they began to fear, that now that their father had finally passed, that Joseph will now seek revenge against them, when it came to how they'd betrayed him, back when he was 17 years of age: 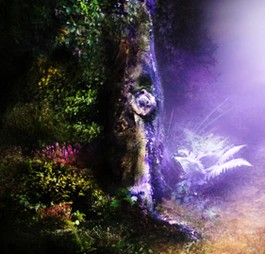 "When Joseph's brothers saw that their father was dead, they said...

'Perhaps Joseph will hate us, and may actually repay us for all the evil which we did to him.'" -- Genesis 50:15

And in spite of their best efforts, when it came to trying to win Joseph's sympathy:

"So they sent messengers to Joseph, saying, 'Before your father died he commanded, saying...

And even though Joseph would be ultimately moved by what his brothers had to say. I truly believe that it wouldn't have mattered, one way or the other -- for Joseph had already came to the conclusion, that everything that he had to endure, was by God's design:

"Do not be afraid, for am I in the place of God? But as for you, you meant evil against me; but God meant it for good, in order to bring it about as it is this day, to save many people alive. Now therefore, do not be afraid; I will provide for you and your little ones.' And he comforted them and spoke kindly to them." -- Genesis 50:19-21


However that may have been, it's time to move forward -- as we now find ourselves closing out the Genesis account. For it's here, were we find that Joseph is now 110 years of age. So therefore, know that his final moments, are now upon him: "So Joseph dwelt in Egypt, he and his father's household. And Joseph lived one hundred and ten years. Joseph ended up seeing Ephraim's children up to the third generation. And he also saw The children of Machir (who was the son of Manasseh) were also brought up on Joseph's knees." -- Genesis 50:22,23

Now understand, I'm not pointing all of this out, in order for one to feel, like this was some type of a knock, that had went against Joseph in some sort of way. And I truly believe, that this is why the Scared Record points out, that Joseph had seen (all the way up to the third generation) the development of his seed. Notice how the Sacred Record mentions Machir (for he was Manasseh's son), and Machir's sons (for they were Manasseh's grandchildren.) So when read carefully, one should be able to easily see, that both of Joseph's sons (Ephraim and Manasseh) and their households were all mentioned.


Two Very Similar Statements - But With One Small Difference?


Now it's at this point, that Joseph reminds the households of his brothers, that when he finally dies, God will surely visit them. For he wanted them to also be reminded that God will bring them from out of the land of Egypt, and that He would eventually return them back to the land of Canaan: "And Joseph said to his brethren, 'I am dying; but God will surely visit you, and bring you out of this land to the land of which He swore to Abraham, to Isaac, and to Jacob.'" -- Genesis 50:24

Now pay close attention, for it would seem, that Joseph is about to repeat himself. But know that there is a difference in what he has to say this time around -- For I want you to notice, that the Scripture in reference, deals basically with Joseph reminding his brethren, that God will eventually bring them out from the land of Egypt. But when it comes to the Scripture that follows, know that it reads different? For it states, that Joseph ends up making an oath with his brethren:

"Then Joseph took an oath from the children of Israel, saying, 'God will surely visit you, and you shall carry up my bones from here.'" -- Genesis 50:25

Now I know that this tidbit of information may seem unimportant. But I just want to keep things clear, by pointing out that the two statements that Joseph ends up making, are indeed very similar. But Joseph adds the oath in his second statement, because he just didn't want to remind his brethren of God's promise.

But he also wanted to make sure, that his brethren swore, and so therefore, he knew that by making them do this, that they would be personally held accountable, when it came to bringing his bones back to the land of Canaan with them. And just like his father before him, this was very important to Joseph, when it came to having his bones buried from within the land that God had promised to them.


Now keep in mind, that it's presumed, that most of Joseph's brothers had already passed away, at this point from within the Sacred Record. I'd like to think, that this viewpoint is supported, by the fact that Joseph's brothers (all accept his younger brother Benjamin) were older than him.

So what this basically means, is that you have Joseph speaking to the second and third generations of his brothers' households. And because of this very strong possibility -- again, Joseph felt that he needed to make an oath with them, so that they could be held accountable when it came to them keeping the oath.

However, it's at this point, that the Scared Record points out, that Joseph ends up breathing his last breath. And it would be after his passing, that we also learned (that just like Joseph had done with his father before him) that they too, embalmed him. But for the time being, Joseph's body rested in the land of Egypt:  "So Joseph died, being one hundred and ten years old; and they embalmed him, and he was put in a coffin in Egypt." -- Genesis 50:26