The Battle for the Souls of Humanity


In the last couple of articles, we'd taken a look at how God reminded Moses of who he was by mentioning a partial genealogy that traced Moses' ancestry back to Jacob's third-born son "Levi." God did this to show Moses that he, too, was a part of the "Promise Covenant," which is also known as the "Abrahamic Covenant" that the Lord had personally spoken to Abraham. 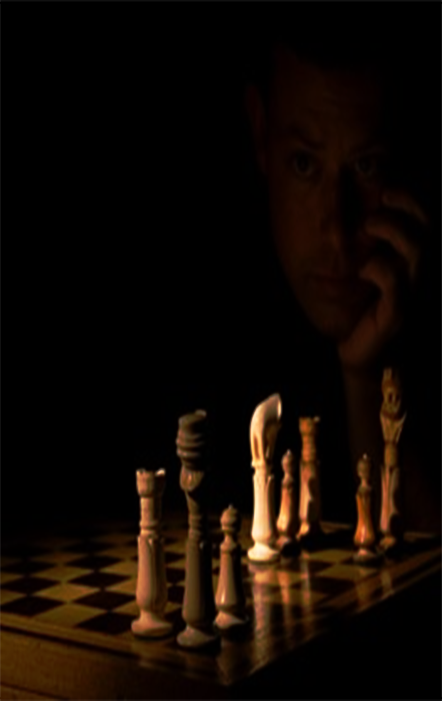 Although this is good news for Moses, we should take the genealogy a bit further back to Noah and his three sons?

I believe that by doing this, we're able to take this account from a perspective that has been marginalized and limited regarding the Abrahamic Covenant.

By going back a little bit further, we're now able to approach the "Great Exodus" account with a much wider perspective - while making a more personal and deeper connection with the Scriptures.

Rest assured, the recording of the "Great Exodus" deals with the fulfillment of what God had personally foretold to Abraham.

At the time, God had told Abraham about the current ordeal the Israelites were now finding themselves involved in.

But as we will soon discover, God will turn the Israelites situation from being harmful to something that will be good for their nation overall. And by doing so, God will prove Himself to be the One True God by putting the Egyptians and their false deities to a divine test that would take place through a direct challenge.

Nevertheless, the recording of the "Great Exodus" is what we see on the surface of the Sacred Text; rest assured that something just as important is happening beyond the surface. Perhaps it's possible that there could be another battle that's taking place beneath this "contest of gamesmanship." An intense contest between God and the false ideology and theories of man? Could it very well be possible - that we're somehow connected to this battle in today's modern times?

The Scriptures revealed that God is trying to convince Moses how valuable and important he is - regarding the events that are about to take place between the Israelites and the Egyptians. But one can't help to wonder: "What about us? Don't we as believers need to be reminded and encouraged when it comes to our purpose and overall value as well?"

I believe we do have that same value and overall importance. This is why I'd decided to trace the genealogy that God had given to Moses and take it back to Noah's three sons. Keep in mind that it was at this time that humanity was starting anew - after God had spared us from the "Great Flood."

Although God had spared humanity through Noah and his family, something very interesting would begin to take place? It would seem that humanity had been temporarily cobbled together as one, but in actuality, humanity had now been fractured into three parts upon a closer view. Notice how the Scripture puts it: "Now the sons of Noah who went out of the ark were Shem, Ham, and Japheth. And Ham was the father of Canaan. These three were the sons of Noah, and from these the whole earth was populated." -- Genesis 9:18,19

The God of Shem

Understand that those three "fractured parts" would be represented by Noah's three sons: Shem, Ham, and Japheth. And make no mistake that God would further highlight those "three fractured parts of humanity" by placing a different prophecy upon each one:

Now don't worry; I'm not going to delve deep into something we've already covered in previous articles. However, I do want to point out - that we too have a personal connection and carry a tremendous value as "believers" when it comes to God's covenant with humanity. Just like God had pointed out for Moses in regards to the Abrahamic Covenant.

As for the "three fractured parts of humanity" that were being represented by Noah's three sons. Take note that it was at this time that God would reveal which part of humanity (out of the three) that He was going to be with: "Blessed be the Lord, the God of Shem" and although Japheth would also be blessed, he wouldn't surpass Shem: "May God enlarge Japheth, and may he dwell in the tents of Shem."

Notice how the passage seems to suggest that it would be through Shem's family linage that the Spirit of the Lord would be operating through. This is why after humanity had messed up again - by trying to build their gateway to their idea of heaven through the "Tower of Babel," God would eventually come down and confuse the language of man, therefore splitting the three parts of humanity even more.

Because of this "great sacrifice," the gifts of the "Holy Spirit," the gift of forgiveness, and "eternal life" were made available to us. These gifts were to be bestowed upon those that have chosen to enter into God's Sacred Covenant - entering through their acceptance of the Lord Jesus [Yeshua] Christ. And make no mistake that it was Jesus who'd fulfilled all that was ever spoken or written about in regards to the "True Messiah."

It's for these reasons why I'm taking the extra time to point these things out. I'm doing this so we can be reminded that God's covenant was made first with humanity, long before it was made with a single nation. But it would be through this nation that is known as "Israel" that the One True God would reveal Himself. It would also be through Abraham's seed that God would make available the gifts of the "Holy Spirit," forgiveness, and "eternal life."

Take this as a reminder that although God was operating through Shem's bloodline, there were two other fractured parts regarding the human race (Ham and Japheth) that continued to exist as well. Rest assured that the Spirit of the Lord was not and will not be with them like He was when it came to Shem's bloodline.

Understand, just like humanity tried to do with the "Tower of Babel" - by trying to go around God by creating their own way.  Because they had their own idea of heaven - know that humanity is still trying to do the same in the world today. Just like the "Daughters of Men" had enticed the "Sons of God," which caused them to fall away from the One True God, which in return brought about the wrath of God through the "Great Flood."

When it comes to the "powerful elite" and their "industry slaves" that they employ and rule over. Know that they are still trying to use humanity's weakness of the flesh against itself. They're doing this in order to turn us once again against the God that we have made an allegiance with. An allegiance that was made through the sacrifice and acceptance of the Lord Jesus [Yeshua] Christ:

Man Will Never Be Able

Remember, Adam and Eve were able to be lured away from the "paradise" (the Garden of Eden) that God had placed them in - for they were lured through the cunningness and deceitful ways of Satan the lord of this world. Satan enticed humanity (Adam and Eve) with the hopes of being able to do more for themselves.

Satan convinced them that the God that had given them everything - was trying somehow to keep them away from their full potential when it came to them being so-called gods. And as we would learn through the Sacred Record - humanity had failed to realize that God had already given them everything, but the lord of this world fooled them into thinking otherwise.

Time Is Running Out

Know that Pharaoh, in his own way, tried to do the same thing with the Israelites in attempting to break their spirits through the hardships and afflictions that he kept hurling their way. He did this while trying to get them to accept that the Egyptian way was a much better path - than the God of Israel had promised them.

Pharaoh had mocked and taunted God and his followers. He also double-down on his worldly tactics by unfairly increasing their workloads and physically punishing the Israelites when they didn't make their daily quotas. However, with all things temporal, time will run out, and trust, Pharaoh's time has now run out.

For the God of Israel would use this "Great Exodus" recorded moment to show humanity, who He really is: "And I will harden Pharaoh's heart, and multiply My signs and My wonders in the land of Egypt." -- Exodus 7:3

This is why we now find God hardening Pharaoh's heart, being that the Egyptian ruler represents that part of humanity that continues to think that they can do better by themselves. That part of humanity that thinks they can outperform the One True God. This is why the "powerful elite" and the "industry slaves" that they rule over have failed to realize that they have foolishly entered into a soul-winning game of chess with the Almighty. That they have entered into a competition, they have no chance of claiming any type of victory. Heck! Not even close.

In the following article, we will learn if Moses finally has the confidence to move forward with his calling. And if he does move forward, what will be God's first challenge to the Egyptians and their false deities?

May God's blessings be upon you, and thank you for your support

162) Moses And The Desolate Souls

164) Moses the God amongst the Egyptians