The Wrath of Jehu

When Jehoram had finally came before his military commander, he asked him: "Jehu, have you come in peace?" And after hearing this, Jehu responded by saying: "How can there be peace, as long as the idolatry and witchcraft of your mother Jezebel continues to abound." And needless-to-say, it was at that moment, Jehoram knew that Jehu was no longer his friend. So the king shouted over to Ahaziah as he began to flee: "This is treachery, Ahaziah!"

In the last article, we'd learned that after Jehoram had suffered severe injuries, while he was engaging in a battle with Hazael the king of the Arameanians. The Sacred Record points out that Elisha the prophet, had instructed one of his students, to go and deliver a message to Jehu the Israel commander: "Tuck your cloak into your belt, and take this flask of oil with you, and go to Ramoth-gilead. Now when you get there, look for Jehu; and when you find him, go and get him away from his companions, and take him into an inner room. And after you have done this, take the flask, and pour the oil on his head and declare: 'This is what the Lord says: "I anoint you king over Israel."' Then open the door and run; don't delay!" -- 2 Kings 9:1-3 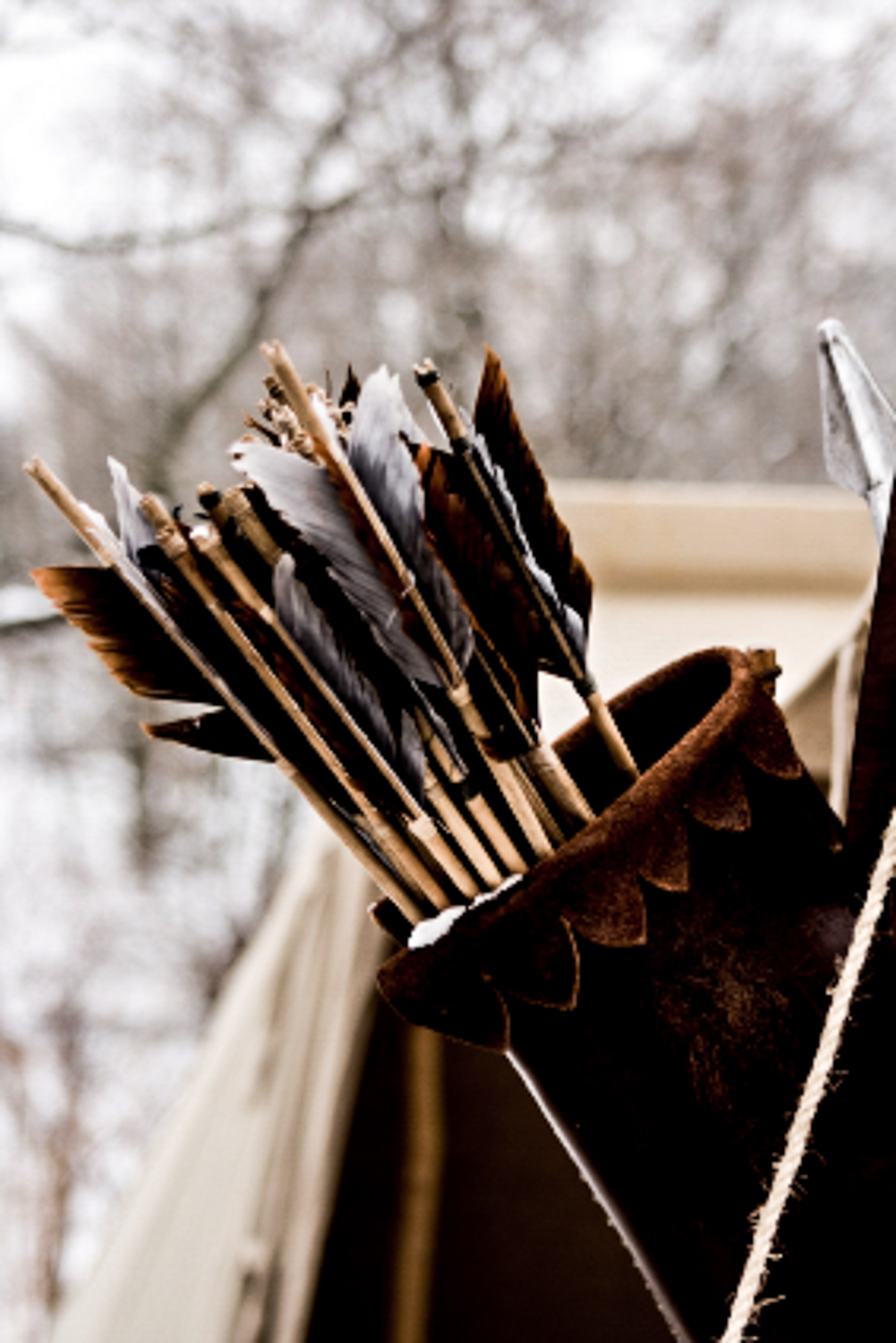 
So after hearing what his master had to say, the young prophet went and delivered the message to Jehu: "This is what the Lord, the God of Israel says: 'I anoint you king over Israel, the Lord's people.

"You are to destroy your master, the house of Ahab; and I will avenge the blood of my servants the prophets, and the blood of all the Lord's servants that had been shed by the hands of Jezebel.

"The whole house of Ahab will perish. I will cut off from Ahab, every last male in Israel, both slave or free.

"And as for Jezebel, dogs will devour her on the plot of ground that Jezreel sits on, and no one would bury her remains.'" -- 2 Kings 9:6-10

Nonetheless, as we begin to move forward a little bit more, we find that after Jehu had been anointed to be the new king of Israel by the young prophet, he told his fellow captains about what just had happened. For we find Jehu informing them that, not only did the young prophet bring word from Elisha, when it came to the future of Israel's throne, but the prophet had in fact, already anointed him the new king of Israel. Nevertheless, after Jehu's fellow captains had heard this, they'd became very excited as we find them shouting: "Jehu is king!"

Now after Jehu had heard and seen their reaction, the Israel commander said to them: "If this is the way you feel, don't let anybody slip out of the city; don't let anybody go to Jezreel and tell the news to Jehoram." Nonetheless, after this had happened, Jehu got in his chariot, and gathered up those from within the Israel army that was loyal to him and he, and his new army, headed down to Jezreel.

Do You Come In Peace?

Now as Jehu got closer to approaching the city of Jezreel, a person who was stationed as a lookout on Jezreel's watchtower, called out to alert Jehoram that they had seen some soldiers approaching. And being that Jehu the Israel commander was still too far away to be recognized, Jehoram designated a horseman, to go out and meet with whomever it was that was approaching: "Get a horseman and send him to meet those who approach, and ask if they come in peace?"

So the horseman did as his king had ordered, and rode out to meet with the soldiers that were approaching. Now when the horseman had came before the approaching soldiers, he'd called out: "This is what the king says: 'Do you come in peace?'" Now after hearing this, Jehu shouted back: "What do you have to do with peace? Fall in behind me!" So the horseman had done what Jehu the Israel commander had ordered him to do. And after the lookout on the watchtower had seen this, he'd informed the king: "My lord, the messenger has reached the approaching soldiers, but he isn't coming back."

Now after hearing this report, Jehoram decides to send out another horseman, and gave him the same orders as the first. So the horseman did as his king had instructed, and he rode out to meet the approaching soldiers. And when he came before them, he shouted out: "This is what the king says: 'Do you come in peace?'" And once again, Jehu shouted back: "What do you have to do with peace? Fall in behind me!" And just like last time, the horseman would do as Jehu had ordered, and he fell inline with the rest of the approaching soldiers.

And once again, the lookout on the watchtower gave Jehoram the report: "My lord! The messenger has reached the approaching soldiers, but he isn't coming back either. The driving of the one who is leading them, is like that of Jehu, the son of Nimshi; for he drives like a madman!"

Jehoram Rides Out To Meet

Now since the lookout believed that it was Jehu, Jehoram's military commander that was fast approaching, the Israel king assumed that his military commander, was coming to give him a report on what was happening in Ramoth-gilead. So he commanded his assistants: "Hitch up my chariot." So he decided to ride out to meet with Jehu. And being that Ahaziah was still there visiting with him, he too, rode out with him. So the two kings went in two separate chariots, as they headed out to meet with the military commander.

Now as the two kings had met up with Jehu -- Jehoram realizes that they are meeting Jehu at the plot where Naboth's the Jezreelite vineyard was located. Now I find this to be very interesting, being that Jehoram's reign as king, ended up being cursed, because of his parents. Remember that it was Ahab and Jezebel's wicked actions that had brought about Naboth's demise. And this is why the Lord had sent prophet Elijah down to meet with Ahab, while the wicked Israel king was standing in Naboth's vineyard. Here's what the prophet had to say to the king:

"I have found you Ahab, and because you have sold yourself to do evil in the eyes of the Lord. The Lord says: ' I'm going to bring disaster down upon you. I will consume your descendants, and cut off from Ahab, every last male in Israel, both slave or free. I will make your house like that of Jeroboam, the son of Nebat. And like that of Baasha, the son of Ahijah. I will do this, because you have provoked me to anger, and have caused Israel to sin.'

Are You: Friend or Foe?

Be that as it may, when Jehoram had finally came before his military commander, he asked him: "Jehu, have you come in peace?" And after hearing this, Jehu responded by saying: "How can there be peace, as long as the idolatry and witchcraft of your mother Jezebel continues to abound." And needless-to-say, it was at that moment, Jehoram knew that Jehu was no longer his friend. So the king shouted over to Ahaziah as he began to flee: "This is treachery, Ahaziah!"

But it would be too late for the Israel king, for we now find Jehu during this moment, drawing his bow, as Jehoram rode off, therefore shooting Jehoam Israel king right between the shoulders. For you see, Jehu's arrow had pierced Jehoram's heart, killing the king, as he slumped over in his chariot. And after seeing this, Jehu tells Bidkar his chariot officer: "Pick him up, and throw him on the field that once belonged to Naboth the Jezreelite." And it would be at this moment, Jehu would remind Bidkar about what the Lord had said after Naboth had been killed back during the days of Ahab:

"Remember how you and I were riding together in the chariots behind Ahab his father, when the Lord made this prophecy about him: 'Yesterday I saw the blood of Naboth, and the blood of his sons, declares the Lord. And I will surely make you pay for it on this plot of ground, declares the Lord.'" Now then, pick him up and throw him on that plot, in accordance with the Word of the Lord." Jehu told Bidkar.

Now after Ahaziah had seen what had happen to Jehoram, he began fleeing up a road that lead to Beth-haggan. And when Jehu had seen this, he shouted as he headed out in pursuit of the Judean king: "Kill him too!" And because of this, Ahaziah ended up being severely wounded, but he would be somewhat fortunate, to be able to escape Jehu's wrath for that moment. However, Ahaziah's injuries ended up being so severe, he still ended up dying at a city that was located from within Issachar that was named Megiddo. Later that day, Ahaziah's servants ended up finding him. And after doing so, they took his body back to Judah. And afterwards, they buried his body in the tombs of the kings, right next to his forefathers.

So we now begin to see the fulfillment of the prophecies that the Lord had spoken through his servants, when it came to the wicked household of Ahab. And now that Jehu had killed Ahab's son Jehoram... would his wrath end there, or will he continue to press forward, when it comes to completely eliminating the household of Ahab? And if so... who will be next? Jezebel perhaps?