The Seventy Royal Sons of Ahab

After reading the letter, the elders and the palace administrator along with the guardians of Ahab's children became very terrified. "If two kings could not resist him, how can we?" they would think to themselves.

In the last article, we'd learned that Jehu continued on his warpath. For we find that after Jehu had killed both Jehoram the Israel king and Ahaziah the Judean king... he would then turn his vengeful focus towards Ahab's wife, Jezebel. Jehu would do this by setting out to head towards the palace that Ahab had built from within the city of Jezreel. For you see, Jezebel was residing there for the time being. Now it's not exactly clear why Jezebel was residing at this particular palace. But I like to think that she was probably there, helping her husband recover from the serious injuries he had sustained, during his last battle with Hazael the king of Syria. Nonetheless, we find Jehu riding fast towards Ahab's royal palace from within Jezreel. 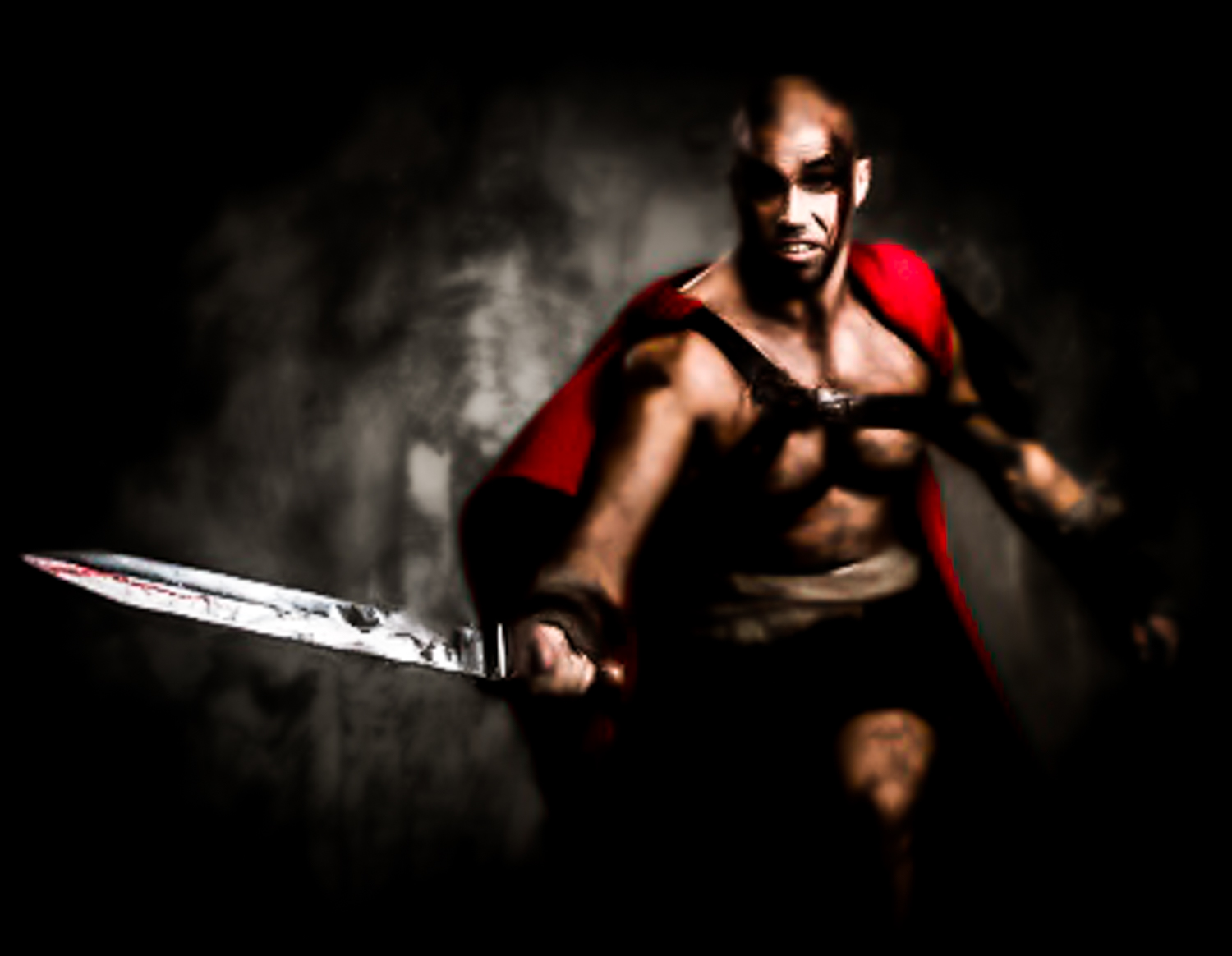 
And after Jezebel had seen him approaching, she called out to him:

"Have you come in peace Zimri? For I know that you are a murderer of your master."

Now after hearing what Jezebel had said, Jehu responded back by saying:

However, Jehu wouldn't wait for an answer, for you see, he had immediately given the order that Jezebel should be thrown out of the palace wall window. And as a matter of fact, the palace wall window was located so far up the palace wall, the Sacred Record speaks about the devastating impact and events that had occurred, when Jezebel body had hit the ground:

"Jehu looked up and saw Jezebel at the window and shouted: 'Who is on my side? ... Who?" And as the eunuchs who were standing there with Jezebel looked down at him. Jehu order them: 'Throw her down!' So they threw her out the window, and some of her blood spattered against the wall and on the horses. And then Jehu proceeded to trample her body under his horses’ hooves." -- 2 Kings 9:32,33

So once again, the wrath of Jehu would cause another member of Ahab's household to meet their demise. Be that as it may, we continue to move forward...

Back to the City of Samaria

Nevertheless, as the Sacred Record turns our attention back towards the city of Samaria, it's revealed that the house of Ahab, still had seventy sons that were residing there at the time. And actually, these seventy sons, were probably Ahab's grandchildren and great grandchildren. And it's very well possible that Jehoram had all of his nephews gathered, and brought into the city of Samaria, while he was out battling Hazael the Syrian king. For it would make sense for Jehoram to try to protect the future of Ahab's household, by protecting those, who were possibly in line, to be the next king of Israel. And this is why he probably had his nephews relocated to the great city of Samaria, just in case he had fallen in battle.

Now remember, the city of Samaria was located from within the middle of the mountainous region of Israel. And with it being known as the Watch Mountain (for this is what the name Samaria implies) know that the city was very well protected, being that it possessed many defensive advantages. So it made sense for Jehoram to try and protect the future of Ahab's household there.

The Threatening Letters of Jehu

But unfortunately for Jehoram, he had done all of this, before Jehu had turned on him, so therefore, Jehu knew what Jehoram had done, when it came to him trying to protect his nephews from those who were constantly posing a danger to the kingdom of Israel. So with Jehu knowing the whereabouts, when it came to Ahab's grandchildren, the new Israel king decided to write some letters. And after doing so, he would have them sent to the city of Samaria, and to the officials from within Jezreel.

But the letters wouldn't stop there, being that Jehu had also sent letters to the city's elders, and to the guardians, who were charged with taking care of Ahab's grandchildren. Here is what Jehu's letters had said: "As soon as this letter reaches you, and being that your master's sons are with you, and you have chariots and horses, a fortified city and weapons; choose the best and the most worthy of your master's sons, and set them on their father's throne. Then I want you to fight for your master's house." -- 2 Kings 10:2,3

Now after reading the letters, the elders and the palace administrator, along with the guardians of Ahab's grandchildren, became very terrified. For we find them saying amongst themselves: "If two kings could not resist him; then how can we? So they decided that Jehu might be too powerful for them to be able to overcome; so they sent letters back to him saying: "We are your servants, and we will do anything that you say. We will not appoint anyone as king, you do whatever you think best."

Take the Heads of Your Master's Sons

Now after reading their response to his first letter, Jehu sends them a second letter. And in this letter he states: "If you are on my side and will obey me, take the heads of your master's sons, and come to me by this time tomorrow." Know that they'd feared Jehu so much, they didn't even question what Jehu had just ordered them to do. And this is why we find those who were once charged with protecting and raising Ahab's grandchildren, were now being ordered to kill those very same children.

So they'd systematically slaughtered all seventy of Ahab's sons. And soon after, they beheaded them. Know that their heads would be placed in baskets and sent to Jezreel, the city in which Jehu was residing at, for the time being. And after the royal seventy heads had arrived at the city of Jezreel, word would get back to Jehu: "My lord, they have brought the heads of the royal princes."

Now after hearing this report, Jehu responded by saying: "Go and put those heads at the city's gate, and place them into two piles, until morning." So the messenger did as he was told, and had the heads of Ahab's royal seventy, placed in two piles at the city gate.

Now when morning had arrived, Jehu went out to the city gates and stood before the people. And as he looked around, he told them: "You are all innocent; for it was I, who'd conspired against my master and killed him. But I ask you, who killed all of these? Know then, not a Word the Lord has spoken against the house of Ahab... will fail. For the Lord has done what He has promised through his servant Elijah." -- 2 Kings 10:9,10

Now before we go further, there are a few things that I would like to point out, when it comes to what Jehu had just said amongst the people. For we find, Jehu acknowledging the wrong that he had done, when it came to his insurrectionary acts. This is why we find him saying: "You are all innocent; for it was I, who'd conspired against my master and killed him."

But after he had admitted this, he quickly points out that he would not be alone, when it came to his revolt: "But I ask you, who killed all of these?" For you must understand, Jehu wanted to make sure that, even though they may have been so willing to judge him, when it came to what he was doing against the house of Ahab, he wanted to make it clear that is was them themselves, who were just as guilty.

Know That The Lord Ordered This!

But in spite of this, Jehu would try to put their minds at ease, by reminding them that their bloody revolt, had already been foretold by the Lord, back when he was trying to encourage his his prophet Elijah. So he tells them: "Know then, not a Word the Lord has spoken against the house of Ahab... will fail. For the Lord has done what He has promised through his servant Elijah."

Nonetheless, Jehu continued on his warpath. And again I would like to point out, Jehu wasn't acting on his own, for we must keep in mind, this was a deadly path that had been foretold by the Almighty. And so therefore, for the time being, the Lord continues to allow Jehu to finish slaying everyone who remained in the house of Ahab, even all of those who were located from within the city of Jezreel.

For the Sacred Record points out, he'd put to death, all of Ahab's chief officials, along with his close friends and acquaintances that lived in Jezreel. But Jehu wouldn't stop there, for he also put to death, all of Ahab's priests. Now keep in mind, these were the priest that Ahab had used, when it came to his idolatrous, pagan services that were constantly taking place from within the city of Jezreel.

Now we see just how far, the wrath of Jehu would continue to stretch. For the Sacred Record points out that after he had killed Jezebel, he would continue on his warpath, by having Ahab's royal grandchildren killed, along with all of Ahab's chief officials, and his close friends and acquaintances, along with the Jezreel Baal pagan priests. But will the new king of Israel stop there? Or will he continue to seek out and destroy, all who still belonged to the house of Ahab?