"Then Jehu called a meeting of all the people of the city and said to them: 'Ahab hardly worshiped Baal at all compared to the way I will worship him! Now summon all the prophets of Baal, all his ministers, and all his priests. See that no one is missing; because I'm going to hold a great sacrifice for Baal. Anyone who fails to come, will no longer live.' But Jehu was acting deceptively, in order to destroy the ministers of Baal."

During the last couple of articles, we've taken a closer look at the person who was known as Jehonadab. In the article before last, we had taken a closer look at his history, by touching on the two tribes that he descended from, those two tribes being the Midianites and the Kenites. I'd also pointed out, even though the relationship that had taken place between Israel and the Midianites had grown more and more contentious overtime. The relationship that Israel had with the Kenites, in spite of the Midianites, had remain on good terms. Nonetheless, in the last article we'd started to move forward a bit more, and we did this by exploring Jehonadab's arrival on the scene, when he'd seemed to come from out of nowhere, in order to ride out to meet up with Jehu. 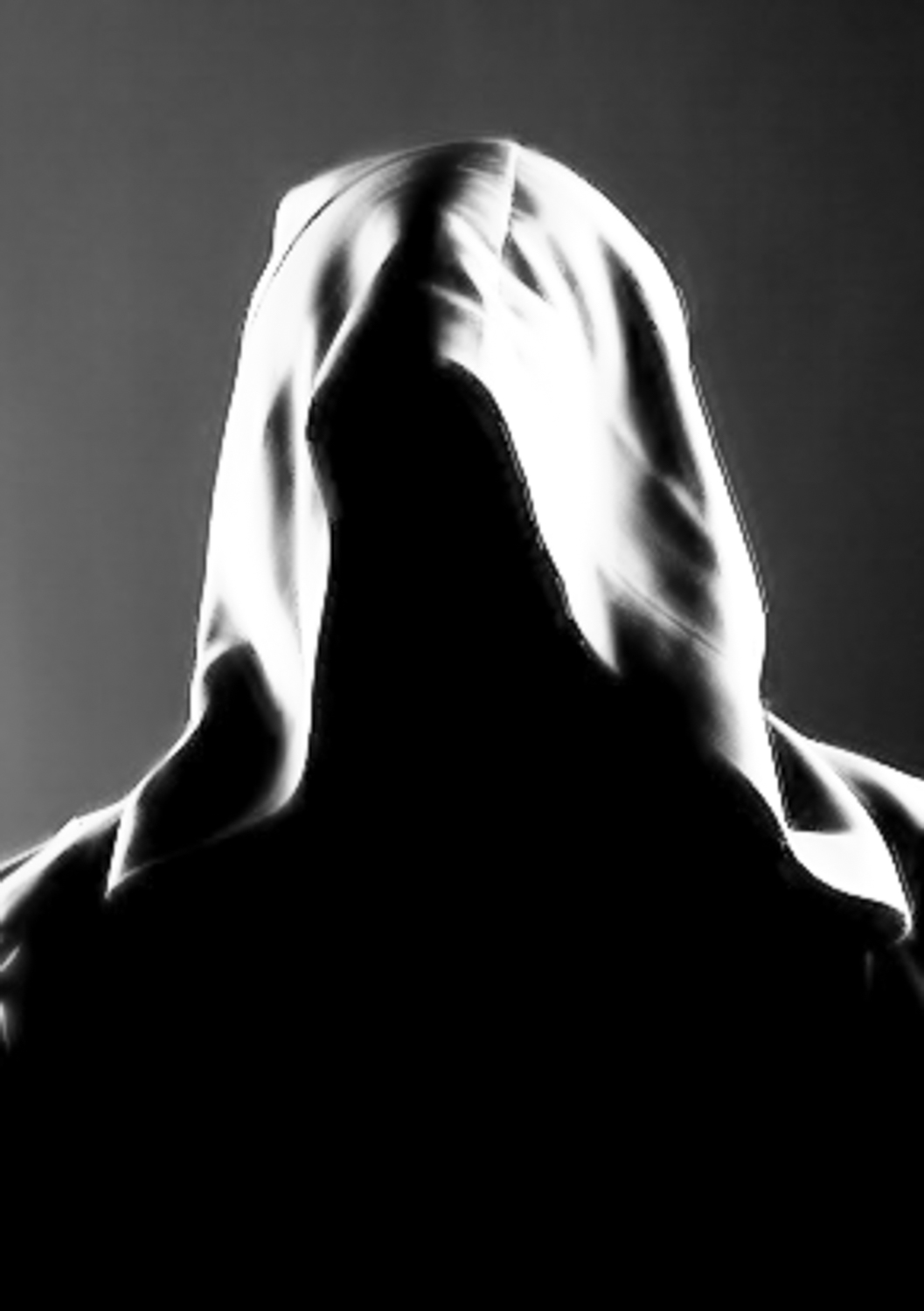 
And to some, Jehonadab's unexpected arrival, may have seemed a little bit mysterious, so this is why I took the time to reveal a little bit more about him.

Now when it came to Jehonadab riding out to meet with Jehu, surprisingly, we find Jehu greeting the man with tremendous respect.

Also during this meet and greet, we find Jehu asking Jehonadab, if he'd approved of what he was doing, when it came to how he was destroying the house of Ahab:

"When Jehu left there, he met Jehonadab son of Recab, who was coming to meet him. After they had greeted each other, Jehu said to him:

And as we can see from the passage, Jehonadab was very pleased with Jehu's actions, so much so, he ends up riding along as Jehu heads out towards Samaria, so that he can finish the job. And this is where we now find ourselves at, when it comes to our journey.

The Wrath of Jehu : A New Focus

Be that as it may, after Jehu had finished bringing about the demise, when it came to all those he could find that was directly (or indirectly in some cases)  associated with the house of Ahab. We now find Jehu (probably still with Jehonadab in tow) continuing on his mission, when it came to freeing Israel from all that the House of Ahab had stood for. And this is why we now find Jehu switching his focus from Ahab's relatives and friends, to now focusing on all those who were intent on serving the pagan deity that was known as Baal.

Remember, this was the false idol that Ahab and his wife Jezebel had faithfully held true and near, when it came to their hearts and minds. So much so, during their rule, they had most of the Northern Israel kingdom practicing the pagan religion as well.

And being that Jehu despised all that Ahab had stood for, the false idol that was known as Baal, and all those who had decided to serve this pagan deity, had to be dealt with. So this is why we now find Jehu targeting his wrath towards all the leaders that had committed their lives over to serving and teaching all things that were related to the false god, known as Baal. Now I also want to point out, this group mainly dealt with people that held positions of authority and influence, people like the Baal prophets, priest and ministers.

Jehu Calls An Assembly of the People

Nonetheless, know that all this begins, by Jehu deciding to hold an assembly of the people, when it came to all those who'd lived from within the Northern Kingdom: "Then Jehu called a meeting of all the people of the city and said to them: 'Ahab hardly worshiped Baal at all compared to the way I will worship him! Now summon all the prophets of Baal, all his ministers, and all his priests. See that no one is missing; because I'm going to hold a great sacrifice for Baal. Anyone who fails to come, will no longer live.' But Jehu was acting deceptively, in order to destroy the ministers of Baal." -- 2 Kings 18,19

Now some may wonder why Jehu would make such a bold declaration, when it came to serving Baal. Especially after he had just privately announced to Jehonadab that his zeal, was for the God of Israel. Remember, this is what he told Jehonadab: "When Jehu left there, he met Jehonadab son of Recab, who was coming to meet him. After they had greeted each other, Jehu said to him: 'Are you as loyal to me, as I am to you?' After hearing this, Jehonadab replied: 'Yes, I am,' Then Jehu said to him: 'Well if you are, then give me your hand.' So Jehonadab put out his hand, and Jehu helped him into the chariot. Then he said to Jehonadab: 'Come and see my zeal for the Lord.' -- 2 Kings 10:15,16

And actually, the Sacred Record clearly reveals, when Jehu had made his declaration for Baal, it was made deceptively. Remember that Jehu had an hidden agenda, so therefore, he didn't really mean what he was declaring, especially since his agenda dealt with him trying to earn the trust of all those leaders and teachers that had committed their lives and services over to serving Baal. And just like I had pointed out, Jehu wanted to earn their trust, so this way, he could eventually get these leaders and teachers gathered into one place.

Now unless one was living under a very big rock somewhere, everyone knew, what Jehu had done (or what was still doing) when it came to bringing about the demise of Ahab's dynasty, and all that it had stood for. And because of this, there's a very good chance, most of the leaders and teachers that had decided to faithfully serve the pagan deity that was known as Baal, had went into hiding. So Jehu had to do something that would lure them out. And this is why he'd pretended that he would be a king that would follow in the ways of Baal. And not only would he follow Baal, but that he would be more dedicated and faithful to the pagan deity, than Ahab and Jezebel were.

Can Jehu be Believed?

Now Jehu's statement wouldn't be too far of a stretch for the people to believe, I mean after all, Jehu did serve as a military captain during the time that Ahab's sons were ruling. Jehu had first served and started his military rise under Ahab's oldest son Ahaziah (now keep in mind, that this wasn't the son that had ruled the Southern kingdom of Judah, you know the son that had belonged to Jehoram and Ahab's daughter Athaliah.) And even though Ahaziah wasn't personally totally committed to the pagan practice, he didn't keep others from practicing it.

So Ahaziah was split in his devotion. Now he also proved to be even more divided, while he was spending most of his reign, dying from some very serious injuries that he had sustained, after he had fallen through the lattice of his palace. And while he was waiting to die, Ahaziah had made a serious effort to consult Baal-zebub the lord of the flies. Now if he was so into serving Baal, his father's false idol, why didn't he consult this so-called god, while he was found to be in dire straits?

Ahaziah Wouldn't Be The Only King

Nevertheless, Ahaziah wouldn't be the only king that Jehu would serve under, for we also learned that he also served under Jehoram. Now remember, were talking about Ahab's youngest son, and not the Judean king that had married Ahab's daughter Athaliah. Nonetheless, when Jehoram had first taken over the Northern Kingdom throne, he did away with his father's Sacred Stone of Baal. However, in spite of this, and just like his brother before him, Jehoram would also follow in the ways of Jeroboam the son of Nebat. Which also means, he was also continuing in the ways of the Golden Calf Religion. But again, just like his brother before him, he didn't stamp out the pagan practice when it came to Baal. And maybe, just maybe, the Baal prophets, ministers and teachers, would hold the notion that the same would be true for Jehu.

Now that Jehu had made it back to Samaria in order for him to finish off Ahab's dynasty. We find him next, turning his attention towards the Baal prophets, teachers and ministers. But Jehu knows that they don't trust him. So he sets out to prove that he is one of them, by declaring his devotion towards the deity that they'd served -- Baal. But will this be enough to lure the Baal prophets, teachers and ministers from out of hiding? In the next article we will find out.