The Lady of The Court With A Divine Connection

At this particular time from within Judah history, we find ourselves being introduced into the era of king Josiah. Starting his reign at the tender age of eight, he has been tagged as perhaps the godliest king, since King David. And most would even say that, he was perhaps Judah's last great king. It was during his reign as king, when the The book of the Law was discovered by Hilkiah the high priest, while the rebuilding of the temple was taking place. After the discovery Hilkiah then took the Book of the Law to king Josiah. And after Josiah read this book, the scripture reveals that his eyes were opened to the sins of his people. 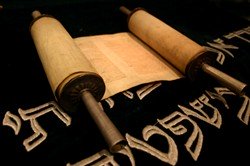 And it was for this reason, he became very ashamed of what is people were doing, and because of this, he tore his robe out of disgust.

Josiah was then fearful that the wrath of God was going to come down on them for judgment for their sins.

Because of this, he instructed Hilkiah the high priest, Ahikam son of Shaphan, Acbor son of Micaiah, Shapan the secretary and his attendant Asaiah, to go up and speak to Huldah the prophetess.

Now Huldah the prophetess was the wife of Shallum, the son of Tikvah. Her husband was an official in the king's court that was in charge of the keeping of the wardrobe. She also lived close by, for she stayed in the second rank buildings that were close to the royal palace. This area was known as Mishneh. It's also believed that she prophesied among the court ladies, being one herself, and had established her ministry there.

Now it is believed that Huldah was one of the king's main representatives, for she was turned too on a regular basis. It's believed that the king were already familiar with Huldah ministry, and her family. I'm simply pointing this out, because Jeremiah and Zephaniah, were also prophesying during this time period as well.

Now after the men that Josiah had sent had arrived, Huldah said to them:

"This is what the Lord, God of Israel, says: 'Tell the man who sent you to me, this is what the Lord says: I am going to bring disaster on this place and its people, according to everything written in the book the king of Judah has read. Because they have forsaken me and burned incense to other gods and provoked me to anger by all the idols their hands have made, my anger will burn against this place and will not be quenched.' Tell the king of Judah, who sent you to inquire of the Lord,

'This is what the Lord, the God of Israel, says concerning the words you heard: Because your heart was responsive and you humbled yourself before the Lord when you heard what I have spoken against this place and its people, that they would become accursed and laid waste, and because you tore your robes and wept in my presence, I have heard you declares the Lord. Therefore I will gather you to your fathers, and you will be buried in peace. Your eyes will not see all the disaster I am going to bring on this place.'" -- 2 Kings 22:15-20

Now this prophesy did come to pass, for king Josiah, although he was eventually killed in a battle against the Egyptians. He was not alive when Judah was taken by Babylon, and put into captivity. This time period would also be known, as The Captivity Stage. I want to point out that, this all happened, shortly after king Josiah was killed in his battle against the Egyptians, at the very young age of thirty-nine.