"All I've seen, teaches me to trust the Creator, for all that I have not seen."


Trusting the Silence of God

Malachi 3:1-3 states: "Behold, I send My messenger, and he will prepare the way before Me. And the Lord, whom you seek, will suddenly come to His temple, even the Messenger of the covenant, in whom you delight. 'Behold, He is coming,' Says the Lord of hosts. But who can endure the day of His coming? And who can stand when He appears? For He is like a refiner's fire and like launderer's soap. He will sit as a refiner and a purifier of silver; He will purify the sons of Levi, and purge them as gold and silver, that they may offer to the Lord an offering in righteousness."

Did you know, that in order for a refiner (which is a person that removes unwanted matter from something) to separate precious metal from the ore (which is the waste material that surrounds the metal) that person uses a process, that's called "purification by fire." Know that it's during this process, that all impurities are removed from the metal. 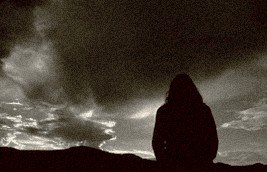 For you see, it's the impurities that are found from within the metal, that greatly devalues it.

Nonetheless, the job of the refiner, is to sit in silence, while watching the fire closely.

Therefore, making sure that the flames don't over take the precious metal.

Now I'm pointing all of this out, because at times I wonder if it's possible, that when we don't hear from God, that the Lord is simply being that Refiner that sits closely by in silence, while He continues to mold us into the person that He initially created us to be; as He constantly prepare us for our true purpose; as He also places all the unfinished work that we were called to do before us.

Could it also be, that God is equipping and readying us, so we don't spend all our time, trying to watch for clear signs, when it comes to the mission that He has for us; or even worse, being weaken in our faith, while allowing ourselves to grow doubtful, as each day passes; as we run the risk of becoming paralyzed by fear. When all along, God is simply telling us to not be afraid, and just do, what we were called to do.

This Wouldn't Be The First Time...

Is it also possible, that we have forgotten that the Bible reveals, that for 400 years, God was silent? And that this silence took place, from the recording of Malachi, all the way through, to the gospel of Matthew. So keep in mind, that not one word, was heard from God, during this time. Do you ever wonder what was God doing, for the 400 years, while He was being silent? Perhaps He was just like the refiner that I'd mentioned earlier; for when God was being silent, He was still working things out, on our behalf.

And make no mistake, God definitely works on the heart of his people. And He does this by removing the things that you choose over Him. By removing the people you love more than Him, from out of your life. And by removing the places that you're willing to go, instead of going where He wants you to go.

However, once our purification season process is over, all that remains, is that tremendous void that was left behind, from the things that God had to remove from our lives. And I'll tell you this, there's only one person, who can fill a void of this magnitude, and that's Jesus Christ.

Remember that David said "Create in me a clean heart, O God: and renew a right spirit within me." -- Psalms 51:10

Now in order for us to accomplish this, I'd like to think, that God places us in the hottest part of the fire, while He sits nearby and watches silently, as the sinful dust of this world, and the lustfulness of our eyes, and our prideful ways, melts off of us and fall into that fire. And even though, this process may seem to be unbearable. Never forget, that we should "Count it all joy, when we fall into divers temptations." -- James 1:2

Know that God is that Refiner that's operating from within our lives. And although He silently sits nearby, as we are forced to endure our firery trials in life; make no mistake, God is still working things out on our behalf. Start today by making your life an offering in righteousness to Him, and don't be afraid of what you can't seem to see, that lays before you. Dearly beloved, your Heavenly Father is telling you to trust Him, and to just go and do, what He has called you to do -- Amen.

I Mean Honestly, What Would God Say?

1) That I've been separated from You.

3) That I've been shunned and placed on a shelf.

4) That perhaps I'm to rebellious in my heart, in order for me to be used.

"My dear child, in order to get better, you must first get in agreement with my Word."

1) You must truly come to know the taste of defeat, when you insist on doing things without me.

2) When the emptiness of chasing false gods, has all, but over taken you.

3) When you have truly been broken, and you finally realize, that the world has nothing it can truly offer you.

4) When you have run out of excuses, and are now ready to be held accountable, and repent from your worldly behavior.


Then I, your Heavenly Father will speak and say unto you, that when I am silent:

1) I am still near, willing and able to do all things.

2) I am still the One True God, for the mountains still obey me.

3) I still allow the sun, to still rise from the east.

4) With you being for Me, and I for you, nothing can prosper against you.

5) And most importantly - You're still my child, in whom, I still faithfully love.