I'll tell you this, when it came to the person that Ruth was; know that she behaved like many other people, who had first discovered the knowledge of Christ. For you see, she was living a life that she simply didn't know, was wrong in the eyes of the Lord. Then one day when the Word of God came into her, Ruth was willing to make drastic changes in her life. For she was able to find the courage to be with a people she didn't know; and by doing so, she started a new life, which in turn, was a life she still didn't really understand. 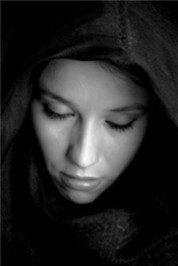 And it would be during this life altering process, she became a subject to a woman who owed her nothing.

Understand that Ruth was willing to do this, because she wanted to be closer to God.

Now personally, I believe, what makes all of this impressive; is that Ruth did all of this, based on what she had recently heard.

And the same holds true to those of us, who too, have been listening. For we've also heard the great news when it comes to the God who faithfully loves us.

For we've heard, that our Heavenly Father is more than enough, when it comes to our needs; we've heard that He neither sleeps, nor slumbers; and we've also heard, that He's Jehovah-Jireh (the Lord will provide). And actually, truth be told, we have now heard, and seen more than Ruth did.

Now if Ruth could somehow take what little she had heard at the time, to find a way to go beyond, what she thought she understood at that time in her life, in order for her to be closer to God. Then I wonder, how much further we can go, with all that has been revealed to us, through the writings and ministries of the rest of God's prophets, that came after her time; with all that had been revealed through Christ, along with His teachings, sacrifice and ascension; and with all, that had been revealed through God's apostles and their great ministries.

Now if Ruth could turn her life over to God, with what little she had heard; then imagine what we could do through Christ, if we were to develop the type of faith that Ruth had. Don't be afraid to go out of your comfort zone, when it comes to living for God. For I tell you this, it will be far more to our advantage, and benefit, to trust God, when it comes to our comings and goings; when it comes to obtaining a new life; a free life; when it comes to our overall eternal salvation; than it is, to place our trust in a world that's filled with nothing, but deception, forced collective control, and conditions that are designed, to eternally enslave, both one's mind and spirit -- Amen.