"What we may think of from within these modern times, when it comes to 'taking up the cross of Christ' isn't done during, what may seem, like one overbearing, emotional moment. But it deals with learning how to trust God enough, to constantly surrender all our worries and concerns over to Him. Regardless of how chaotic and dangerous life may seem at times."


Just a Pinch of Faith

In Rome, during the rein of Caesar, know that Christians were persecuted for their faith in very many ways. For some were killed through methods that included: stoning, extreme torture, burned alive, and some were even fed to lions. However, I also want to point out, that many of them were given a chance to recant their belief in God before they were persecuted. 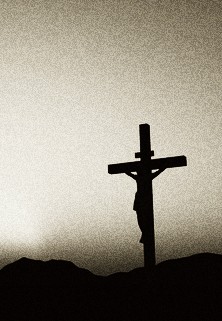 All they had to do, was to take a pinch of incense, and place it on the coals that were laid out before them, and say that Caesar was their God.

And by doing so, Caesar would allow them to be freed.

You know, I'm reminded, that whenever a recipe calls for just a pinch of something...

...generally that's says to me, that particular ingredient, has enough flavor from within it's own makeup, that with just a pinch, could change the entire essence of the recipe.

So think about this the next time you may find yourself being a little angry. For I want you to know, that there's no little about it, you are angry.

Or if you find yourself feeling somewhat hurt, then you are hurt. Or if you find yourself being somewhat lost, make no mistake about it, you are lost. But if you are willing to share the gospel with others, even just a little bit, then there's a good chance, that you might just help, to save someones soul from eternal damnation. As the old adage says: A little goes a long way -- Amen