Philip decides to ask the Ethiopian official if he understands the text that he's reading? The eunuch answers Philip, by letting him know that it's hard for him to understand the passage, unless someone could help guide and explain it to him, in some kind of way.


We've now reached a point from within the account, where we learn that Philip had been instructed by one of God's angels. The angel had told him to leave from the city of Samaria, and proceed towards a Philistine city that was located southwest of Jerusalem, next to the Mediterranean Sea. The name of this city is called Gaza, and on his way there, Philip meets an Ethiopian eunuch official, who himself was returning from a religious pilgrimage in Jerusalem.

It would seem that this Ethiopian official belonged to the Ethiopia that was found southward of Jerusalem, which was located in land of Africa. I point this out, being that there was another place known as Ethiopia during this time as well, but it was located eastward of Canaan, which could be found from within the land of Arabia. 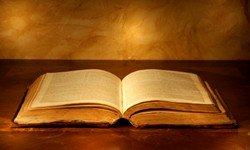 Nevertheless, the Scriptures have now informed us that, Philip decides to join the eunuch's caravan. Now this would be considered a bold move on the part of Philip, being that this Ethiopian eunuch, was a high ranking official from within the Ethiopian land. For the Scriptures had let it to be known, he had held a position of great authority, which was under Candace the Ethiopian queen.

Because of this, we would assume that the eunuch was traveling with a heavily guarded caravan of some sort, being that the eunuch held a high position, and it's also presumed that this caravan was transporting treasure that had belonged to the Ethiopian royal family.

Nevertheless, Philip decides to ask the Ethiopian official, if he understood the text that he was reading? And after hearing this, the eunuch answered Philip, by letting him know that it's hard for him to understand the passage, unless someone could help guide and explain it to him, in some kind of way.

So it's at this point, Philip begins to preach unto the eunuch, the teachings of Jesus. Philip would start from the same Scripture that the eunuch was already reading, when he'd first greeted him. Which was the seventh and eight verse that's found from within the book of Isaiah, chapter 53:

"He was oppressed and afflicted, yet he did not open his mouth; he was led like a lamb to the slaughter, and as a sheep before her shearers is silent, so he did not open his mouth. By oppression and judgment he was taken away. And who can speak of his descendants? for he was cut off from the land of the living; for the transgression of my people he was stricken." -- Isaiah 53:7-8

Now shortly after Philip had finished explaining the passage, the Scriptures points out that the Ethiopian official is now a believer in Christ, and it's at that point, he makes the decision to get baptized. So Philip ends up baptizing him, and shortly after, the eunuch decides to continue his journey back home to Ethiopia, as he rejoiced with great joy in his heart. As for Philip? He decides to depart from the Ethiopian official, after he had helped him with the Word of God and his baptism.

Was This A Miraculous Event?

Now what happens next, leads us to a somewhat puzzling event? For we find that right after Philip had left the eunuch, we're now introduced to perhaps, a miraculous event that might have taken place? It deals with the way that Philip had departed from the Ethiopian official and his caravan. After reading the passage, it's easy for one to wonder: "what just happened?"

"When they came up out of the water, the spirit of the Lord suddenly took Philip away, and the eunuch did not see him again, but went on his way rejoicing. Philip however appeared at Azotus and traveled about, preaching the gospel in all the towns until he reached Caesarea." -- Acts 8:39-40

Now just as the passage informs us, Philip was later found at a Philistine city called Azotus or Ashdod; which was about thirty miles from the place known as "Gaza." Now the Scriptures leads us to believe that the Spirit of the Lord, might have had miraculously dropped Philip off, or transported him somehow, from within that particular city.

Next, we could also assume that Philip, then maybe boarded a ship, and went by sea, heading back into his own country. Now the Bible states that he'd preached from within all the cities he came across, until he came to Caesarea. And this would be the place where he finally settles.

Now we also find that later on in Acts 21:8 Philip is recorded to have had helped provide a place, when it came to Paul the Apostle being able to stay somewhere for a few days. This is where we find that Philip had four unmarried maiden daughters, who were all prophetesses.

Note: I also want to point out that Philip's four daughters are the last women, out of five separate Biblical accounts from within the Bible, who are mentioned to have had the gift of prophesy.