Moses Go And Serve Your God - Well Not Exactly?

"Then Moses said, 'Indeed I am going out from you, and I will entreat the Lord, that the swarms of flies may depart tomorrow from Pharaoh, from his servants, and from his people. But let Pharaoh not deal deceitfully anymore in not letting the people go to sacrifice to the Lord." - Exodus 8:29


In the last article, we took a look at what I'd like to call "the life process" that the Israelites still had to endure, even though they were exempted from the judgment process that the Lord had enacted upon the Egyptians. I had pointed out that although the Egyptians were suffering from the "judgment blows" that were raining down upon them. The Israelites still had to endure the dramatic cultural changes that the "judgment process" caused within the Egyptian nation. 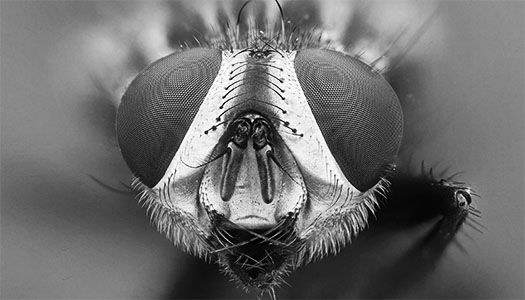 Although the Israelites were unofficially free from their everyday normal slave duties - they still had to carry through the upheaval that the Lord was causing amongst the Egyptians. But now we begin to move forward by closing out this current plague:

"And the Lord [did as He had prophesied]. Thick swarms of flies came into the house of Pharaoh, into his servants' houses, and into all the land of Egypt. The land was corrupted because of the swarms of flies." - Exodus 8:24

So we've finally arrived at the moment that God had released the "swarm of flies" upon the Egyptians. Keep in mind that this plague would be the most intense from out of the "judgment plagues" that the Lord had released so far. So much so Pharaoh quickly realized that he couldn't endure the process of this particular plague too much longer, and so, therefore; would once again call before him, Moses and his brother Aaron:

"Then Pharaoh called for Moses and Aaron, and said, 'Go, sacrifice to your God in the land.'" - Exodus 8:25

Go And Serve Your God - But On One Condition?

Notice how the Sacred Record seems to reveal that Pharaoh had finally given in to Moses and Aaron's demands: "Go, sacrifice to your God in the land." Notice how Pharaoh appears to give in to Moses and his brother. I wrote the word "appears" - because when one takes a closer look at what Pharaoh had said, one will notice that the Egyptian ruler would say "in the land [the Egyptian kingdom]" instead of saying "in the wilderness [far away from the Egyptian kingdom]."

And it would be at that moment, Moses would let Pharaoh know that there will not be any compromise when it comes to how the Israelites would serve their God. Know that the people who have chosen to follow in God's covenant, by being obedient to His ways, at times fail to realize the tremendous advantage they hold when they let the Lord fight for them.

And in this case, "the people" that I'm referring to are the Christians of today. The ones who have chosen to enter into God's New Covenant by accepting the Lord Jesus Christ as their personal Savior. Believers who've decided to come away from the world, repenting and following the teachings of Christ.

A Lesson to be Learned

You know, if we as Christians could learn to trust God more. Suppose we could stop looking for a way to "coexist" with the world. Stop looking for that "middle ground" to pleases people and give God the chance to act on our behalf. We will soon realize the unlimited possibilities and the genuine benefits (both spiritual and natural) that come with being in God's New Covenant. A Covenant that was made possible through our Lord and Savior Jesus Christ.

Know that Moses has learned this fact, and this is why he wasn't willing to compromise with Pharaoh. Moses would instead reiterate what he has been saying all along:

"We will go three days' journey into the wilderness and sacrifice to the Lord our God as He will command us." - Exodus 8:27

And when Pharaoh finally realized that he wouldn't budge, he gave the impression that he was in agreement with Moses: "And Pharaoh said, 'I will let you go, that you may sacrifice to the Lord your God in the wilderness; only you shall not go very far away. Intercede for me.'" - Exodus 8:28

A Stern Warning For Pharaoh

But Moses knew that Pharaoh couldn't be trusted, and instead of him condemning the Egyptian ruler from the outset - he gave Pharaoh the chance to keep honor and be a man of his word: "Then Moses said, 'Indeed I am going out from you, and I will entreat the Lord, that the swarms of flies may depart tomorrow from Pharaoh, from his servants, and from his people. But let Pharaoh not deal deceitfully anymore in not letting the people go to sacrifice to the Lord." - Exodus 8:29

And so, therefore, Moses went out from Pharaoh after he'd confirmed the agreement that he had made with him - while in the process, giving the Egyptian ruler a stern warning. And as we will soon learn, Moses would again keep his part of the agreement: "So Moses went out from Pharaoh and entreated the Lord. And the Lord did according to the word of Moses; He removed the swarms of flies from Pharaoh, from his servants, and from his people. Not one remained." - Exodus 8:30,31

And just like before, Pharaoh would renege when it came to him keeping his word: "But Pharaoh hardened his heart at this time also; neither would he let the people go." - Exodus 8:32

The Pharaohs' of Today

Know that Pharaoh believes he has found a way to endure the "judgment process" that the Lord has brought against the Egyptian kingdom. And if he can repeat the process of trying to manipulate and deceive God and the people who are found to be in His covenant - then maybe, just maybe, he'll be able to survive and win out in the end.

But Pharaoh will soon learn that you can't outsmart God. And if you stand against the Almighty and the people who are found to be in His covenant - you will eventually lose - and lose big, you shall.

In the following article, we take a look at God's fifth plague, "cow disease," and how this falls into the overall "judgment process." We will also look at the Egyptian deities that God targeted next.

Moses & the Swarm of Flies Plague

175) Although Exempted - They Still Endured

185) The Lord Giveth and Taketh