I'd like to think, that it's only fitting (and wise) that Joseph would take his sons Manasseh and Ephraim to see not only their grandfather, who was a man, that not only had a wonderful heart -- a heart that contained a love, that was enormous for his people -- but it was also important, for them to see a man, whose overall makeup, contained a tremendous greatness as well.


In the last article, we had reached a point from within our journey, where we'd found that Jacob had asked (or more like demanded) when it came to his son Joseph -- that after he had breathed his last breath, that he wanted his body to be buried from within the land of Canaan. Now I'd also pointed out, that the reason why Jacob wanted this done, had more to do with him wanting (in his own way)... to remind Israel of who they were, and where they had came from. 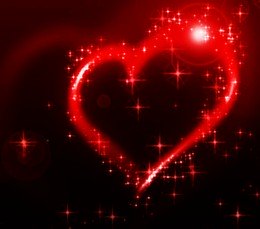 For Jacob did not want them to forget this, because he knew, that God would eventually bring them from out from the Egyptian kingdom.

And after Jacob had insisted on this, the Sacred Record reveals, that Joseph would indeed give his word to his father... for he'd indeed promised, that he would bury his father in the land of Canaan -- right alongside his progenitors (who were Israel's forefathers) Abraham and Isaac.

However that may have been, we now move forward... And it's at this time, our journey brings us to the point, where we're drawing near to Jacob's last hour. And it's also at this moment, we're told that Jacob has become severely ill. And because of these turn of events when it came to Jacob's health, a report is sent immediately to Joseph stating: "Your father is ill."

So after learning about this bad news -- Joseph took time off from his official duties, from within the Egyptian kingdom, and he went to go see his father. And it would be at this time, that we also learned, that Joseph would take along his two sons -- Manasseh and Ephraim.


Jacob More Than A Father?


Nonetheless, when it comes to Jacob -- I like to think that he was more than what we may think of a father, in a normal sense. For we must keep in mind, that he would eventually be found by history, to be a great patriarch (which is a founding father of the Israel nation).

And because of this, I'd like to think, that it's only fitting (and wise) that Joseph would take his sons Manasseh and Ephraim to see not only their grandfather, who was a man, that not only had a wonderful heart -- a heart that contained a love, that was enormous for his people -- but it was also important, for them to see a man, whose overall makeup, contained a tremendous greatness as well.

Understand that Jacob loved his father Isaac, even when Isaac's attention, seemed to be solely fixated on his Jacob's brother Esau -- Issac's favorite son. And let us not also forget, that Jacob loved his mother tremendously. For he'd loved her so much so, that he ended up following the deceptive plan, that she had designed against his father and brother. A plan that dealt with Jacob, being able to obtain a "birthright" that had already belonged to him.

Sure Esau, in the traditional sense, held the rightful position, when it came to being the recipient of the birthright. But keep in mind, that God had already told Rebekah (while she was pregnant with the two boys) that the true honor, would belong to Jacob. And it was because of her knowing this prophetic information beforehand, that had caused Rebekah, to make the dreadful mistake of trying to take things upon herself, when it came to her trying to make things happen before their time.

And with the tremendous love, that Jacob had for his mother -- he too, made a crucial mistake, when it came to him going right along with his mother's plan, instead of doing the right thing, by resisting it.


But nonetheless, know that Jacob's ability to love wouldn't end there -- for it was the same type of great love, that he had for Rachel -- a love that gave him the focus and determination, to be able to work fourteen years for the right to marry her. Understand that those fourteen years that he'd worked for Rachel's father, were definitely unfair, and somewhat of a torment on him.

I mean after all -- How hard it must have been for him, to be so close, and yet -- so far away, when it came to the one that he'd loved with all his heart for all those years?

However, this was this same "love" that had caused Jacob to fall into a sorrowful state, after she'd died, giving birth to her second child Benjamin. Now that same "love" -- would also cause Jacob to latch on to his and Rachel's first born son Joseph. For this would be the child, that would become Jacob's favorite.

But when Joseph was betrayed, by his own jealous brothers, and Jacob was deceived into thinking, that Joseph had been killed by a wild beast -- it was that same "love" that would cause Jacob (for a season) to lose site of God.


Who Are We To Point Fingers?


I want you to know, that all his life -- Jacob had fought hard, while trying his best to hang on, as he'd tried to get the attention of the people, that had touched his heart so dearly. I want you to also know, that Jacob suffered rather painfully, when they were eventually ripped away from his life -- one by one. You see, I won't criticize Jacob for the mistakes that he'd made throughout his life. And yes... he was wrong for making them, but we must also remember, that he was also human.

For if you were to look closely at each situation -- when it came to Jacob making the wrong decision -- you would see, that his decisions was based off the "tremendous love" that was in his heart at that time. For his heart wasn't filled with malice and deceit, as most would teach. And even though it was his "tremendous love" that he had for these people, a love that had caused him, to do the deceitful things, that he'd eventually ended up doing.

One may wonder: Does it, make it right? Does having "tremendous love" for someone, justify his wrongful actions? And I'll be the first to state: "Of course not!" But in spite of that, I'll still stand by my viewpoint, that Jacob was a good man. Oh yes! In fact -- Jacob was a great man. And it's only fitting, that Joseph's sons Manasseh and Ephraim, should be honored to meet with such a person, before his final hour ends.

We'll discover that during their visit, Jacob reminds Joseph about the Abrahamic Covenant. Jacob also speaks about the day Rachel (Joseph's mother) died. It would also be at this time, that he speaks the first part of his blessing, which concerns the futures of Manasseh and Ephraim. Jacob also claims Joseph's sons as his own, while making them part of the twelve tribes. Now we'll take a closer look, and see how their direct addition to the family, will effect the twelve tribes overall.