(The Son of Zebedee & Salome)

The Sons of Thunder

Now when it comes to the Apostle James, know that he was the older brother to John the Apostle. He was also the first recorded Christian martyr, from within the disciple group, when it came to Jesus' inner circle of twelve. And when it comes to Jesus' inner circle of twelve, know that James, along with his brother John, was given the honor of being one of the first of three, to be called by Christ.

Jesus would also give James and his brother John the surname: The Sons Of Thunder: "Going on from there, He [Jesus] saw two other brothers, James the son of Zebedee, and John his brother, in the boat with Zebedee their father, mending their nets. He called them and immediately they left the boat and their father, and followed Him." -- Matthew 4:21,22 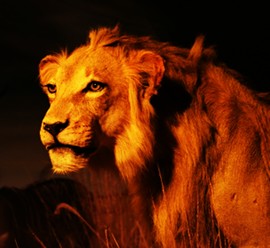 Because of this, James was fortunate to be one of those, who was able to witness Christ's ministry, first hand and up close.

Now when it came to those important events James had witness.

One of them dealt with Peter doubting Jesus at the Lake of Gennesaret.

This event dealt with the time that Peter had given up, on being able to catch any fish for the day.

Peter had given up, after he and the other disciples had already (to no avail) spent most of the day trying to bring in a haul of fish. Now this might not seem important to most, but we must keep in mind, Peter was considered an expert when it came to fishing. And because of this expertise, you couldn't blame Peter, if he wanted to call it a day. But in spite of his expertise, Peter was limited, when it came to his knowledge, understanding and abilities. And he definitely wasn't divine, like Jesus is. Nevertheless, after Peter had made up his mind to call it a day, Jesus told Peter to go back out in deep water, and once again, laid down their nets.

At first, Peter questioned what Jesus had told him to do, but eventually, Peter did what Christ had asked of him. And because of this, Peter and the other disciples had caught so many fish that their fishing nets began to break:

"But Simon answered and said to Him [Jesus], 'Master, we have toiled all night and caught nothing; nevertheless at Your word I will let down the net.' And when they had done this, they caught a great number of fish, and their net was breaking. So they signaled to their partners in the other boat to come and help them. And they came and filled both the boats, so that they began to sink.

"When Simon Peter saw it , he fell down at Jesus’ knees, saying, 'Depart from me, for I am a sinful man, O Lord!' For he and all who were with him were astonished at the catch of fish which they had taken; and so also were James and John, the sons of Zebedee, who were partners with Simon. And Jesus said to Simon, 'Do not be afraid. From now on you will catch men.'" -- Luke 5:5-10

Another time, James also witnessed, when Jesus had healed Peter's mother-in-law, when she was suffering from a very high fever.

James also witnessed when Jesus had raised Jairus' daughter up from the dead. For the Scriptures reveals that Jarius was a synagogue ruler, who's daughter had just died. After knowing about this, Jesus went out, to go and visit the girl. And shortly after Christ had seen her lifeless body, He told the people that were gathered inside the house that she wasn't dead. Now when they'd heard this, they laughed at Him, and because of this, Jesus put the unbelievers out of the house. And after doing this, He raised the twelve year old girl up from the dead.

The Sea of Tiberias

Now James would also witness the transfiguration of Jesus. This event had taken place, on the top of a very high mountain. It was there, James witnessed how Jesus was transfigured. For he saw Christ having a meeting with both Moses and Elijah:

"Now after six days Jesus took Peter, James, and John, and led them up on a high mountain apart by themselves; and He [Jesus] was transfigured before them. His clothes became shining, exceedingly white, like snow, such as no launderer on earth can whiten them. And Elijah appeared to them with Moses, and they were talking with Jesus." -- Mark 9:2-4

James also witness the time, when Jesus appeared at the Sea of Tiberias. Jesus appeared there, after God had resurrected Him, from the crucifixion he had just suffered, at the hands of the Romans:

"After these things Jesus showed Himself again to the disciples at the Sea of Tiberias, and in this way He showed Himself: Simon Peter, Thomas called the Twin, Nathanael of Cana in Galilee, the sons of Zebedee, and two others of His disciples were together." -- John 21:1,2

We would also learn from the Scriptures that James himself, was a powerful preacher. And because of this, we're lead to believe that perhaps, on different occasions, it's a possibility that at times, he'd provoked Herod Agrippa the First and his royal administration. For he was the one ruling during the time of James' ministry. Now if this was the case, this would have placed James in constant trouble, and danger, when it came to Agrippa.

Remember, the same thing had happened to John the Baptist during his ministry. Now a famous writer that goes by the name Clemens Alexandrinus, wrote about how James the Apostle had died. Alexandrinus also went as far as to comment on how James state of mind was, while he was being led to his execution.

Alexandrinus wrote about, how James had shown extraordinary courage. He also pointed out that James was so brave, he'd impressed one of the guards to such a degree, the guard had fallen on his knees, when James was brought across his path. It would be at this time, the guard asked James for forgiveness. The guard also confessed that he too, was a Christian. The guard also made the remark that James should not die alone. And so it was with that request, along with the discovery that the guard too, was a Christian. And because of this, both James, and the guard, was beheaded by the sword that very same day.

Now I would also like to point out that the Romans looked at this type of death, as being disgraceful. For the Romans thought it was more honorable, to be beheaded by an axe, instead of the sword. By James being beheaded by the sword, strongly indicates, it was probably a verbal order from Agrippa, which insisted that James was to suffer an immediate death.

Now the Scriptures would later confirm, when Agrippa had saw that the beheading of James had pleased the Jews, he would soon give the command that Peter the Apostle, was to be taken, and to be thrown into prison during the Feast of Unleavened Bread. I wish it was more information on this particular account that deals with the martyrdom of James the apostle. But unfortunately it's not, well at least, what's available to me. But even with this short explanation, we can well see that the early Christians, were so aware of the truth of the Gospel, they were more than willing to die for it.