"Philip found Nathanael and told him, "We have found the one Moses wrote about in the law, and about whom the prophets also wrote Jesus of Nazareth, the son of Joseph." -- John 1:45

Philip was once a disciple that had followed John the Baptist. And because of this, he would later on, in his ministry, gain the privilege and honor, of becoming one of Jesus' disciples as well. Understand, this was a very unique position that Philip had earned. And not only that, this was confirmed even more, when he'd received a direct invitation from Jesus, when it came to joining His inner circle: "The following day Jesus wanted to go to Galilee, and He found Philip and said to him, 'Follow Me.'" - John 1:43 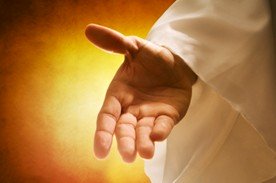 For you see, John had invited his friend Andrew; and Andrew shortly after, would later invite his brother Peter.

Now to be clear, Philip personal invitation by Christ doesn't make him more important than the rest.

But Christ's actions, does indicate, Philip had something to him that the Lord liked.

Now after Philip's personal invite from Jesus, the Scriptures point out, Philip would later go out and invite Nathanael, when it came to meeting Jesus: "Philip found Nathanael and said to him, 'We have found Him of whom Moses in the law, and also the prophets, wrote Jesus of Nazareth, the son of Joseph.'" - John 1:45

Now I often wonder, if Philip had received a personal invite, because Jesus knew that there was something special from within his heart? Being that the Scriptures would also inform us, Philip didn't question the credibility of Jesus, like Nathanael had done: "And Nathanael said to him, 'Can anything good come out of Nazareth?' Philip said to him, 'Come and see.'" - John 1:46 -- So maybe, just maybe, there really was something special about Philip, for it would seem, Jesus had went to Galilee to seek him out personally.


The Five Thousand Plus

Philip also had the privilege of witnessing first hand, how Jesus fed the crowd, of at least five thousand. It would be at this time, Philip was asked a question by the Lord: "Then Jesus lifted up His eyes, and seeing a great multitude coming toward Him, He said to Philip, 'Where shall we buy bread, that these may eat?'" - John 6:5

Now keep in mind, this was a faith test for Philip. A faith test, the young disciple would end up failing at the time: "Philip answered Him, 'Two hundred denarii worth of bread is not sufficient for them, that every one of them may have a little.'" - John 6:7

Be that as it may, we shouldn't be too hard on the young disciple, being that he had no way of knowing, what Christ could do, at this point from within his ministry. Nevertheless, Philip still had the honor of being a first hand witness, to one of Christ's greatest miracles.

Be that as it may, Philip was also the disciple that the Greeks had sought out, in which they'd asked him, if they could receive an audience with Christ. And after hearing their request, Philip headed out to get Andrew, and they both took the Greeks up to see the Lord. Now we're not sure exactly who these Greeks were. But what we do know, is that the Greeks on occasion, would go up and worship at the feast.

Some may seem to think, they were part of the twelve tribes that were scattered amongst the gentiles. So perhaps, these Greeks could actually be, what we would call the first-fruits of the gentiles. There's a very good possibility, they would eventually become Christians, after their meeting with the Lord.

Something Powerful Had Happened

Know that it would be at this time that a very powerful event would take place. Being that after Jesus had saw that these Greeks were wanting to meet Him, He wanted to let them know that He wasn't just a man, but the Son of the Almighty God. So he asked His Father to glorify His name... Not His name, but God's name. And after Jesus had made this request, God answered Him in a way where all could hear, being that there were a crowd of people standing nearby:

"Father, glorify Your name.' Then a voice came from heaven, saying , 'I have both glorified it and will glorify it again.'" -John 12:28

The Scriptures would also confirm, the crowd that had heard these words, as they were being spoken by the Almighty God. Some would say that it was simply thunder, or perhaps, it was an angel that had spoken? But, be that as it may, they knew that something very powerful had just happen. To further confirm this, after this divine event had taken place, many began to believe in the things that Jesus' were telling them.

For we find, some of the leaders began to believe in Him as well. But unfortunately for them, they cherished their positions amongst men, more. They were also afraid to speak out, in favor of Him. They simply didn't want to get kicked out of the synagogue, and to lose their positions of power, along with the praises of men. For this is what matter most to them, in spite of what they had just witnessed.

The Death of Philip

Now I'd like to point out that Philip's name, means "warrior." We also know, his name is of Greek origin, and it was a very popular, when it was used amongst the Gentiles. And just like Andrew and Peter -- Philip was from a city in Galilee that was known as Bethsaida, for the name of this placed, signified the "House of nets." This place was named as such, being that it was inhabited, mostly by fishermen.

However, as we turn to Philip's death, there's not much to be told, being that what we were hearing, is not considered fact. But possibly, just a rumor? But it's said, Philip had been scourged, which is another way of saying, he had been whipped. After this had happened, he was then thrown into prison. But we don't know for how long. Later on, he'd been crucified from within the city of Hierapolis, which is located in Phrygia. All of this is said to have happen somewhere around 54 A.D.