A Man that Was Full of Faith

A Man Who was Led By the Holy Spirit

When it comes to Stephen we find the Sacred Record revealing to us, the apostles had just given Stephen the honor, and a unique privilege, by drafting him, as one of the first seven deacons that was recorded from within the Holy Scriptures. I'd like to think this little bit of information was important, because what this basically meant, is that Stephen was chosen to help the early church apostles, especially when it came to the distribution of food, and also, by waiting on tables. Now this was a very important job for the deacons, for it allowed the apostles more time to preach the Gospel of Christ, instead of having to wait on the physical needs of the people. 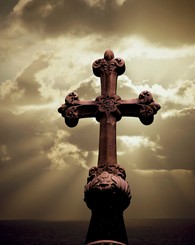 Now there was a lot, when it came to Stephen.

I also like to point out, the Holy Scriptures would confirm these things, to a certain degree.

For the Scriptures had pointed out, Stephen was a man, who was full of God's grace and power.

The Sacred Record also pointed out, Stephen was a very powerful messenger for the Kingdom of God.

The Sacred Record also pointed out, Stephen did great wonders and performed miraculous signs wherever he went.

For we find, the first sign of trouble had started from those, who were members of what was known as the Synagogue of the Freedmen. Stephen also found opposition coming from another group that was known as Jews of Cyrene & Alexandria.

But it wouldn't stop there, for we also find that more opposition had started coming, from the provinces of Cilicia and Asia as well. Now all these men, had tried to argue and debate with Stephen. But as the Sacred Record quickly pointed out, they weren't able to match the great wisdom that the Lord had bestowed on him, which was coming through the Holy Spirit.

And when the people who had opposed Stephen, finally realized, they couldn't match his wisdom, and when they'd seen that their arguments weren't working against him, they took things to a darker level. For we find them gathering men, so that they could speak ill will against Stephen: "We have heard Stephen speak words of blasphemy against Moses and God."

When Their Arguments Didn't Work


Now after the townspeople had heard these false allegations, the people and the elders, and the teachers of the law, had became stirred. Because of this, they decide to seize Stephen. After they'd seized him, they then brought him before the Sanhedrin. And it would be at this time, they brought and presented their false witnesses, to speak against him. After hearing the false witnesses speak, the Sacred Record points out, they then began to look upon Stephen intently, and upon doing so, they seen that his face was like an angel. So they started to ask him if the charges were true.

Now Stephen's rebuttal, and speech, was so powerful, and convicting, it filled the crowd that was standing before him, with a hellish hatred. The Scared Record states, they were cut to the heart, and that they then proceeded to gnash (bite) on him, with their teeth. And soon after they cried out in a loud voice. Make no mistake, they were all, on one accord, while they were doing all these horrible and wicked things, to this man of God.

The Heavens Opened Up

Now while all of this was happening, the Sacred Record brings us to perhaps, one of the most unforgettable, and inspiring events that has been documented from within the Holy Scriptures. For we find that while the crowd was attacking Stephen, we would learn that he looked up steadfastly, into the heavens, and it would be at this time, he sees the glory of God, smiling down upon him.

And just like, when he begun his speech, by talking about the God of glory. The very same speech, would end, with the glory of God smiling down upon him. Behold! He sees Jesus standing on the right hand of God, and because of this, he becomes the first of three men, to see Jesus, after his ascension. The other two men that would see Jesus in this heavenly divine state, are Paul and John, who were both apostles.

Unfortunately, Stephen's ministry and life, was ended by a terrible stoning that had taken place at the hands of those that had chosen not to believe in Christ. But just to be clear, even in death, Stephen showed his true worth, by using his last words, to pray for God to receive his spirit, while asking the same God, at the same time, to forgive his attackers, and not to charge them with his death.