You Can Read About More Christian Martyrs


He Was the First Protestant Martyr


History tells us that John Rogers was the first Christian to be martyred, behind the Protestant movement, which came under the order of England's Mary I - a.k.a. "Bloody Mary." Rogers was a Catholic priest who had eventually converted to Protestantism. And to add to that John was also a Bible translator, minister and commentator for his new found faith. His conversion comes after he had met, and became friends, with William Tyndale. But I also want to point out, Tyndale wasn't just some ordinary man; for he was also seen as a renown scholar. Nevertheless, during the time of their meeting, Tyndale was working on a project. This project would turn out to be a Bible English translation. 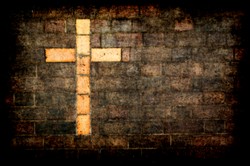 History reveals that eventually Tyndale would himself, suffer martyrdom.

Now we're told, Tyndale had been tied to the stake, before he was strangled to death.

After this horrific ordeal had happened, his body was then burned.

I also like to point out that Tyndale had suffered martyrdom, before he had finished his Bible translation, therefore leaving his translation work incomplete. Be that as it may, as we turn back to John Rogers, history reveals that the scholar would head back to England. Now it would be at this time, Roger's started pastoring a church. Rogers was determined to finish Tyndale's work, so he went out and obtained a license that would allow him to print a complete English language Bible.

Rogers would use the completed translation notes from Tyndale. Now these notes included everything that dealt with the New Testament, as well as, part of the Old Testament. Rogers also used Bible translator Miles Coverdale translation notes as well. By doing this, it allowed Rogers to not only, be able to complete the English translation (both Old & New Testaments) that Tyndale had started. But he was also able, to complete a full commentary on the Bible as well.

Now personally, I find this to be very interesting. But for sake of credit, I would agree, Rogers did have the first English language commentary that was done on the Bible. Now I know you're probably asking yourself: "Why would Rogers get credit of finishing a Bible translation first, when his work was done two years, after a man who was known as Thomas Matthews?"

Here's why... with the recent martyrdom of Tyndale, Rogers knew that he would have to be extremely careful, when it came to printing his English Bible translation. Because if he wasn't, he too, could lose his life as well. So it's for this reason, he would use a fictitious name that was known as Thomas Matthews. For you see, Rogers and Matthews was the same man.

Also, it was because of Rogers fictitious name, we were able to come up, with what is known as the Matthews Bible. And it would be because of this work, another great work followed. For this work would be later used, to further the work on the Bishop Bible, which eventually lead to the great work that's known today as the King James Bible.

Now there would eventually come a time, where Protestantism would be finally accepted in England. But this didn't happen until the rule of Edward VI. For he would go down in history, as England's first Protestant ruler. But unfortunately after Edward VI had passed away, his half sister, Mary the First, had taken the throne. Now history tells us, she was a Roman Catholic, who'd opposed the Protestant movement. And because of this, she's credited with restoring England back to Roman Catholicism, after her half brother Edward VI had died.

Now within three days, after Mary I had enter London, Rogers had preached a message, urging everyone to stay true to the doctrines that they had been taught. But unfortunately, shortly after, history tells us, Rogers was put under house arrest. He would eventually be, transferred to what was known as the infamous Newgate Prison. Keep in mind, it was at this prison, Rogers would be eventually, sentence to death.

I also want to point out, Rogers was offered a chance to live, and avoid execution. But he had to recant Protestantism, and convert back to Catholicism. But Roger's refused this deal, and because of this, he was immediately burned at the stake, on this day, February 4, 1555. Because of this, John Rogers would become the first Protestant martyr. But this would be the first of many that had happened under the rule of Mary I - a.k.a. Bloody Mary.