Page One-Hundred and Five
Pharaoh Makes it Official!
The Israelites Can Settle In Goshen?

Fortunately for the Israelites -- Joseph's plan worked. For he was able to get Pharaoh to make it official when it came to the Israelites settling within the region of Goshen.


Short Recap - The Importance of Goshen?


In the last article we'd learned, that after Jacob and his family had arrived in Egypt -- Joseph had instructed them on what they should say, when they'd finally found themselves coming before Pharaoh: "I will go up and speak to Pharaoh and will say to him, 'My brothers and my father's household, who were living in the land of Canaan, have come to me. 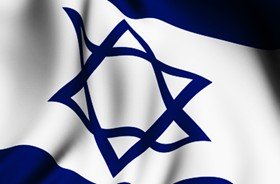 "The men are shepherds; they tend livestock, and they have brought along their flocks and herds and everything they own.'

"When Pharaoh calls you in and asks, 'What is your occupation?' You should answer, 'Your servants have tended livestock from our boyhood on, just like our fathers did.'

"Then you will be allowed to settle in the region of Goshen, for all shepherds are detestable to the Egyptians." -- Genesis 46:31-34

For example: one of his reasons dealt with the fact, that Goshen was a region that was known, to be enriched with very valuable land resources. Even though in the very beginning of their move, Goshen's land resources wouldn't immediately serve the Israelites well. And this dealt with the fact, that the land was still found to be in the midst of the seven year famine -- the same famine, that was still wreaking havoc throughout the entire known world at the time.


For Joseph -- Location Was Everything?


Nonetheless, I'd also pointed out, that the Goshen region, was also located near the outskirts of the Egyptian kingdom. And the reason why this particular location of the region was important, dealt with the fact, that the region was located in a remote area -- an area that allowed the region to be separated from the main populace of Egypt. So what this basically meant -- is that the Israelites would be somewhat isolated from the pagan influences of the Egyptian culture.

Also keep in mind, that the region of Goshen was also located near the borders of Canaan. Now this would prove to be important to the Israelites -- for this particular location, would help to constantly remind the Israelites, about the land from whence they came, and the promise covenant that God had made with them, starting with their forefather Abraham.

For I'd like to think, that this would be a crucial first step, for it had allowed the Israelites to begin unpacking their things, as they'd started the process of settling, before Pharaoh had officially made his decision. So basically, all Joseph had to do at this point -- was to make it official, by getting Pharaoh to commission a Goshen settlement for the Israelites.


So Joseph headed off to tell Pharaoh of the news: "My father and brothers, with their flocks and herds and everything they own, have come from the land of Canaan and are now in Goshen." -- Genesis 47:1

Now I want you to notice how Joseph points out to Pharaoh, that the Israelites are already in the Goshen region. Next we find, that Joseph had chosen five of his brothers, when it came to coming before Pharaoh and speaking for the rest of the family:

"What is your occupation?' the Egyptian ruler asked them. And they responded by saying: 'Your servants are shepherds, just as our fathers were. We have come to live here awhile, because the famine is severe in Canaan; and your servants' flocks have no pasture. So now, please let your servants settle in Goshen.'" -- Genesis 47:3,4


Nonetheless, after hearing what Joseph's five brothers had to say, Pharaoh then turned to Joseph, and asked him: "Your father and your brothers have come to you, and the land of Egypt is before you; settle your father and your brothers in the best part of the land. Let them live in Goshen. And if you know any among them with special ability, put them in charge of my own livestock." -- Genesis 7:5,6

Now honestly, I'd like to think that we shouldn't be too surprised, that Pharaoh would tell Joseph to place some of his family over his own personal livestock, since the Egyptians looked down on shepherds in the first place. And because of this, we could also assume, that the Egyptians also detested that type of work as well. And because of this, there probably weren't (if not at all) that many skilled shepherds that had resided from within Egypt to begin with.


Now after Pharaoh had granted an audience with Joseph's brothers, the Egyptian ruler would then ask, to see Joseph's father Jacob. So Joseph went to go and get his father, and brought him before Pharaoh. And as soon as Jacob had came before the Egyptian ruler, the great patriarch showed Pharaoh great respect, and he'd thanked him for all that he had done, when it came to Joseph and his family.

After this had happened, Jacob prayed to God. And it was with this prayer, that Jacob asked the Lord to bless Pharaoh for his generosity, and the kindness that he had showed towards his family. And soon after Jacob was done praying, Pharaoh laid his eyes upon him. And after he had done so, the Egyptian ruler looked with astonishment, asking him: "How old are you?"

Now keep in mind, that the Egyptians at this time, very rarely lived to reach such an elderly stage, like Jacob had done. As a matter of fact, all eyes from within the king's court were laid upon Jacob, as he responded to Pharaoh's question: "The years of my pilgrimage are one-hundred and thirty. My years have been few and difficult, and they do not equal the years of the pilgrimage of my fathers." -- Genesis 47:9


Now personally, I find it odd, that Jacob would state that his time on earth were few in years, being that at this time in his life, he was found to be 130 years of age. But upon further examination, one could come to the conclusion, that when it came to Jacob's statement, he was probably comparing his time on earth, to what it would seem like, when compared to eternity.

Also keep in mind, that for the longest, Jacob had been in a state of sorrow, after Joseph was taken from his life some twenty plus years before. So Jacob probably thought, that he was going to die in the very near future. But actually, he would live for another seventeen years.

And being that his grandfather Abraham had lived to be 175, and his father Isaac had lived to be 180 years of age. I can understand why Jacob in his present state of mind and spirit, would have made such a statement, when comparing himself to the great progenitors that had came before him.


Nonetheless, after Jacob had finished telling Pharaoh his short summary, when it came to his life -- he would bless the Egyptian ruler again, just as he did when he first entered the court. And after which, Jacob would immediately leave from Pharaoh's presence. So fortunately for the Israelites -- Joseph's plan worked. For he was able to get Pharaoh to make it official, when it came to the Israelites settling from within the region of Goshen.


Now it's at this time, we find that the Scared Record reveals, that the seven year famine would become more intense. And with this now happening, will the people be able to bear it much longer? And if not... how will Joseph handle it? Will the people be critical of how Joseph handles the situation -- even if he's able to do so?