Manasseh & Ephraim
Added to The Foundation of Israel

"Now then, your two sons born to you in Egypt before I came to you here will be reckoned as mine; Ephraim and Manasseh will be mine, just as Reuben and Simon are mine." --

In the last article we'd learned, that after Jacob had requested (basically demanded) from his son Joseph -- that after he has taken his last breath, he wanted to make sure, that his body was going to be buried, from within the land of Canaan. We'd also learned, that after Joseph had promised his father that he would honor his request (demand) -- the record reveals that Jacob has fallen seriously ill. 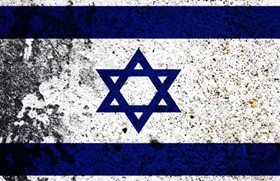 Know that a report would immediately find Joseph, and upon doing so, Joseph would temporarily suspend his official duties.

And after doing so, Joseph would go and gather his sons Manasseh and Ephraim. And he'd did this, in order for them to go and see about their ailing grandfather.

Next we find, that as soon as Joseph had arrived with his sons -- word was immediately sent to Jacob: "Your son Joseph has come to you." And after Jacob had heard this, he used what little strength that he had in his ailing body, to be able to sit up on the bed. Now when Joseph had finally come before his ailing father -- Jacob would speak these words to  him:

"God almighty appeared to me at Luz in the land of Canaan, and there He blessed me and said to me: 'I am going to make you fruitful and will increase your numbers. I will make you into a great community of peoples, and I will give this land as an everlasting possession to your descendants after you.'

"Now then, your two sons born to you in Egypt before I came to you here will be reckoned as mine; Ephraim and Manasseh will be mine, just as Reuben and Simon are mine. Any children born after them will be yours; in the territory they inherit they will be reckoned under the names of their brothers.

"As I was returning from Paddan, to my sorrow Rachel died in the land of Canaan while we were still on the way, a little distance from Ephrath. So I buried her there beside the road to Ephrath (Bethlehem)." -- Genesis 48:3-7


Now let's take a closer look, at what Jacob had just told Joseph about his two sons Ephraim and Manasseh: "God almighty appeared to me at Luz in the land of Canaan, and there He blessed me and said to me: 'I am going to make you fruitful and will increase your numbers. I will make you into a great community of peoples, and I will give this land as an everlasting possession to your descendants after you.'"

Now in regards to the place that was located from within the land of Canaan, a place that was known as "Luz?" Know that this was the name, of that particular place, which was located north of Jerusalem -- before the Israelites had eventually changed its name to "Bethel." Now when it comes to the blessing, that God had just told him -- understand that this was simply a reminder from God. A reminder that simply reminded Jacob, that when it came to the Abrahamic Covenant -- a covenant that was promised by their forefathers -- was indeed, still intact.

Next we have Jacob, also reminding his son Joseph, about the promise that God had placed on him and his descendants. For I want you to know, that this was done, simply because, things seemed to be overall -- going good for the Israelites while they'd dwelt in Egypt. And even though, this may have been the case -- Joseph needed to be reminded, that in spite of this good fortune -- that Egypt wasn't promised to the Israelites.


The Addition of Ephraim & Manasseh?


Now let's move forward and take a closer look at what Jacob had said next: "Now then, your two sons born to you in Egypt before I came to you here will be reckoned as mine; Ephraim and Manasseh will be mine, just as Reuben and Simeon are mine. Any children born after them will be yours; in the territory they inherit they will be reckoned under the names of their brothers."

Know that this statement deals with specifically with the twelve tribes, which was the foundation that Israel would be built upon. Jacob informs his son Joseph that both his grandsons Ephraim and Manasseh - are now recognized as one of his own. Understand that this would be the first part of the blessing that Jacob speaks unto Joseph's two sons.

And because of this claim, Ephraim and Manasseh will now be added to the twelve tribes, therefore allowing them to be eventually recognized as forefathers to the Israel nation.

Now keep in mind, that their addition to the twelve tribes don't necessarily change their number. For they're still, in spite of this move by Jacob -- "the twelve tribes of Israel." So don't go on thinking that their name, should have changed to "the fourteen tribes."

Understand that although Ephraim and Manasseh, are now recognized as being the household of Joseph. Also keep in mind, that Joseph did not have a tribe named directly after him, being that his sons had now represented him in this regard. So therefore, Joseph's name, is not specifically counted amongst the twelve.

I also want to briefly point out, that Levi did not have a tribe named directly after him either. For he would be, eventually recognized, as the founder of the Levitical Priesthood. Now the reason why this matters, deals with the fact, that the Priesthood (the tribe of Levi) would eventually be formed through his three sons: Gershon, Kohath, and Merari. And because of this, Levi name was not counted amongst the twelve tribes either.


However that may have been, we now find, that Jacob begins to mention his lost love Rachel: "As I was returning from Paddan, to my sorrow Rachel died in the land of Canaan while we were still on the way, a little distance from Ephrath. So I buried her there beside the road to Ephrath." -- Genesis 48:7

Now I'd like to think, that this statement is very important, for we now find Jacob clearing some things up, when it came to his past actions that concerned his wife (Joseph's mother) Rachel. Now perhaps the statement was made, because Jacob wanted his grandsons Ephraim and Manasseh to know what had actually happened to their grandmother, on that very unfortunate day -- when it came to why she was eventually buried on the side of the road to Ephrath.

Now I personally believe, that when it came to why Jacob wanted them to know where she was buried, had nothing to do with her memory being disrespected. Jacob simply wanted to make it clear, that her unusual burial, dealt with the unfortunate way, and the very unexpected timing of her death.

Jacob wanted to explain to them, that it was best, that they bury Rachel quickly -- for it wouldn't had been a good idea, to keep her deceased body unburied, for the entire trip to Hebron. Which is the place, that would eventually be known, as the official burial place for the patriarchs.


Know that on that day, Jacob did erect a pillar in her honor. Understand, that this honorable marking of her grave, was very important -- being that eventually, this place would eventually be known as Rachel's sepulchre or tomb. Jacob needed for them to know this, and this is why later on, we find that the Sacred Record backs him up.

For it tell us, that the place that the tribe of Benjamin would eventually be located, also included the place where Jacob had buried Rachel: "When you leave me today, you will meet two men near Rachel's tomb, at Zelzah on the border of Benjamin." -- 1 Samuel 10:2

Now like I stated earlier, this information was very important, for we must remember, that Benjamin was the child Rachel died giving birth to. And it was also this child, that would eventually become the founder of the tribe of Benjamin. Oh my! What an honor it was, for her to have that same child (that she lost her life to, bringing him into this world) to not only become one of the founders of the Israel nation, but to become the protector and maintainer, of her resting place as well.


Ephraim & Manasseh -- Why Were They Added?

For I'd like to think, that since their grandmother Rachel had died so early in her life -- it's very well possible, that Jacob felt cheated? And the reason why I'm making such a claim, deals with the fact, that he wasn't able to have anymore children through her. And perhaps, with the addition of Ephraim and Manasseh (who were Rachel's grandkids) would somehow, help to make up for that loss.

So we'd just learnt, that Jacob had blessed Ephraim and Manasseh -- by claiming them as his own. And while doing so, he added them to the twelve tribes. Understand that this would be the first part of his blessing, that he would bestow on the two boys. But when it came to the second part, the Sacred Record reveals, that Joseph was displeased at what his father had done. Now you would think, that such a blessing would be a good thing -- right? So what did Jacob do, or say, or perhaps both -- that would cause Joseph, to be displeased and concerned?