Page One-Hundred
Joseph
The Unveiling of Zaphenath-Paneah the Revealer of Secrets?

"I am Joseph! Is my father still living?" Now Joseph's brothers did not know what to say at this point, being that up to this point, the man that now stood before them, they only knew as "Zaphenath-Paneah the Revealer of Secrets." For they didn't know (or recognize) him as Joseph their long lost brother, from a little over twenty years before.


In the last article we'd learned, that Judah had told Joseph everything -- when it came to the disappearance of one of their brothers, some twenty years before. Judah also revealed, how they'd broke the terrible news to their father Jacob. Judah also revealed to Joseph... how they'd told their father, that their brother (who was really Joseph) was killed by a wild beast. 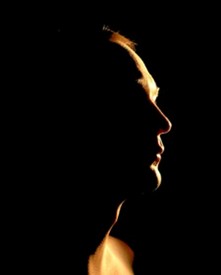 And it was also at this time, that Joseph also learned, that their father Jacob was devastated by this grim news.

Judah would then tell Joseph... that Benjamin was the younger brother of the "one" that was killed.

And he also revealed how their father at this point in his life, had basically fully embraced Benjamin as his favorite son:

"Your servant my father said to us, 'You know that my wife bore me two sons. One of them went away from me, and I said, "He has surely been torn to pieces."

Understand that Jacob would try to use Benjamin as a replacement, when it came to filling the void that was created in his life, after his other son (Joseph) was presumably killed by a wild beast. Nonetheless, Judah would then go on to tell Joseph about how they could not return home without Benjamin... for if they did, it would destroy their father's heart, if he were to lose Benjamin too.

This is why Judah in return, offer to stay in the place of Benjamin... by fulfilling his duties, as one of Joseph's slaves. And after Joseph had heard all, that Judah his brother had to say, and after he had seen that Judah was willing to sacrifice his freedom, for the sake of their father. Joseph would be emotionally moved, by what he'd just witnessed from his brothers. And because of this, Joseph cried out: "Have everyone leave my presence!"


Now after hearing this command from Joseph... all of his officials and servants had left the room. And it would be at this point, that Joseph and his brothers were left all alone with each other. Soon after this had happened, Joseph began weeping uncontrollably... so much so, that the Egyptians that were in the house, had also heard him. And because of this, word would immediately get back to Pharaoh. And this is how Pharaoh would learn about the current happenings, from within Joseph's household.

But in the meantime... back at Joseph's house, we find that the unveiling of Joseph's true identity to his brothers begins to take place: "I am Joseph! Is my father still living?" Now Joseph's brothers did not know what to say at this point, being that up to this point, the man that now stood before them, they only knew as "Zaphenath-Paneah the Revealer of Secrets." For they didn't know (or recognize) him as Joseph their long lost brother, from a little over twenty years before.

For they knew, that if this man, truly was Joseph -- then he would surely have them killed, for the wrong that they had done to him some twenty years before. But remember, that Joseph had moved beyond this hurtful and angry stage of emotions at this point. For he no longer wanted to seek revenge against his brothers -- being that he now knew, that they were changed men.

And honestly, all that he wanted at this point, was to be with his brother Benjamin. But now, Joseph also knew that taking Benjamin away from his father, would be selfish and cruel... in spite of his tremendous love for his younger brother.


Joseph Knew -- God Planned All of This?


But also know, that something else would happen at this moment as well? For we find, that Joseph had just discovered, that he also loved his other nine brothers as well, this why he responded by saying:

"I am your brother Joseph, the one you sold into Egypt! And now do not be distressed and do not be angry with yourselves for selling me here, because it was to save lives that God sent me ahead of you. For two years now there has been famine in the land, and for the next five years there will not be plowing or reaping.

"But God sent me ahead of you to preserve for you a remnant on earth and to save your lives by a great deliverance. So then, it was not you who sent me here, but God. He made me father to Pharaoh, lord of this entire household and ruler of all Egypt. Now hurry back to my father and say to him, 'This is what your son Joseph's says: God has made me lord of all Egypt.

"Come down to me; don't delay. You shall live in the region of Goshen and be near me -- you, your children and grandchildren, your flocks and herds, and all you have. I will provide for you there, because five years of famine are still to come. Otherwise you and your household and all who belong to you will become destitute.'

"You can see for yourselves, and so can my brother Benjamin, that it is really I who am speaking to you. Tell my father about the honor accorded me in Egypt and about everything you have seen. And bring my father down here quickly." -- Genesis 45:3-13


Now after saying these things, Joseph would finally embrace Benjamin as he'd wept. And it would be at this point, that Benjamin started to weep as well. It would also be at this moment, that Joseph would kiss all of his brothers as he continued to weep over them. And after they had all calm down, they began talking and visiting with each other. For they started catching up, on all that they had missed as a family, for the past twenty years.

Now while all of this was going on, Pharaoh had heard about it, and the Egyptians weren't sure if Joseph was amongst friends or foes? How will Pharaoh react, after he learns that Joseph's brothers were in his midst? Also keep in mind, that Joseph had promised his brothers a lot, will Pharaoh go along with Joseph's plans for his family, or will he rebuke Joseph for making such promises?