The Sons of God

Falling in love with the Daughters of Men

Now these men that were causing moral corruption and wickedness in the world at this time, were the descendants that had came from the family lineage of Cain. Now keep in mind, that Cain was banished from the land of his parents, and from this point forward was found to be marked by God. Remember that this "mark" was placed on Cain's head by God - because he'd murdered his brother Abel

In the last article, we'd explored the recorded account that dealt with the prophet Enoch. I'd started exploring his record by first making it clear that the prophet known as Enoch wasn't the son born unto Cain. Remember that Cain son was recorded earlier from within the Sacred Record: "And Cain knew his wife, and she conceived and bore Enoch. And he built a city, and called the name of the city after the name of his son – Enoch." -- Genesis 4:17-18 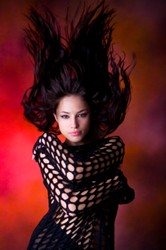 Be that as it may, we also took a look at why Enoch might have named his son Methuselah, for the name signifies: when he is dead, it shall be sent.

Now I'd shared with you at the time the viewpoint that dealt with God, perhaps sharing with Enoch, how He was going to destroy the earth.

God was going to do this because of the severe wickedness that humanity had fallen into.

This is where we now find ourselves; we've now reached the point from within the Sacred Record that reveals how humanity might have gotten to the point of no return.

We also see; how the world (through these daughters) tempted the House of Seth, how this "house" allowed itself to be lured down the wrong path.

Now the Sacred Record reveals that all of this began to happen after the human race had experienced some type of great population explosion:

"When men began to increase in number on the earth and daughters were born unto them, the sons of God saw that the daughters of men were beautiful, and they married any of them that they chose, then the Lord said, My Spirit will not contend with man forever, for he is mortal; his days will be a hundred and twenty years.'" -- Genesis 6:1-3

The Sacred Record indicates that the human race had finally broken every command that the Lord had placed before them during this time. As they completely turned away from the ways of the Lord. Keep in mind these commandments didn't have anything to do with the "Ten Commandments" or the "Mosaic Law." Know that the Israelites hadn't gone through the "Great Exodus" period yet.

So one could wonder, what commandments did they break if the "Ten Commandments" weren't in play at this time? Understand that I believe that these commandments dealt with some type of Magna Charta that was still being enforced from the time that Adam and Eve had been banished from the Garden of Eden.

I'm making this claim because we could easily see that Cain and Abel were still following some type of commandments or Magna Charta that had been laid out by the Lord when it came to their fellowshipping and offerings. It was these types of commandments that Cain had broken, and in turn, caused God to rebuke him for not being in obedience when it came to what type of offering he should have offered.

The Daughters of Men

The Sons of God

Nevertheless, as we move forward, we start to see how a part of the human race began to cause moral corruption and wickedness throughout the world. This was a part of the human race known to come from the family lineage of Cain. Keep in mind, Cain had been banished from the land of his parents, and it would be from that point forward, he would be found to be marked by the hand of God. Remember that God placed this "mark" on Cain's forehead. The Lord put this mark on his forehead after Cain had murdered his brother Abel.

And after this had happened, we find Cain settling in his new area. And it would be in this place he would start his own family. It's believed that eventually, this is where these corrupt and wicked men would eventually come from. Now the daughters of these men are simply referred to in the Sacred Record as the daughters of men. They were given a title of such because it's likely that they were morally corrupt and wicked, just like their fathers were.

Nevertheless, when it comes to the sons of God, know that it's presumed that these men had come from Seth's family lineage. Remember, Seth was the son that was born unto Adam and Eve, a few years after his brothers Cain and Abel. Remember that Cain had killed Abel. Be that as it may, the Sacred Record states that after Seth was born, he, too, would eventually start his own family. And it would be during this time; he had a son named Enosh.

After this happened, the Scriptures point out that men had begun to call on the name of the Lord. Also, when it comes to the sons of God, these men weren't morally corrupt or wicked, like Cain's descendants were. Know that they were in constant fellowship with the Lord, and they'd tried to do what is right. They really did try to do things in a way that would please the Almighty.

The Lust of the Flesh

Now it was these sons of God who had seen that the daughters of men were very fair and beautiful. And because of this, they decided to marry and have children with them. Needless to say, this would turn out to be a colossal mistake that the sons of God would make. It was wrong for them to marry and mix with people who did not hold the same beliefs as they did or to marry people who had no fear of God. And by marrying these daughters of men, they allowed moral corruption and wickedness to enter their homes and lives.

And because of this, eventually, these sons of God would find themselves practicing and adopting the same morally corrupt and wicked behaviors; the longer they'd stayed with their wives, the more they became just like them. Always remember, it's hard for people to recognize the traps and snares that Satan has set and how those traps and snares could easily lead you into wickedness and corruption. Make no mistake, the longer you are exposed to wickedness, the more it will eventually influence you while leading you away from the Lord.

But keep in mind that this totally goes against, what Jesus had said, when it came to angels: "At the resurrection, people will neither marry or be given in marriage; they will be like the angels in heaven." -- Matthew 22:30

Also, this goes against what God had done during the creation process. Understand that God had everything He created to be able to reproduce after its kind. It's commonsense to know that humans and angels are two very different kinds of creatures, being that an angel's makeup is celestial, and the makeup of humans is more in line with the natural world. It would be impossible for the two species to be able to marry, let alone reproduce. It just doesn't make sense.

A Time-line For Judgment Is Set

"And the Lord said, "My Spirit shall not strive with man forever, for he is indeed flesh; yet his days shall be one hundred and twenty years." -- Genesis 6:3

Now it's at this moment that the Lord had announced that man is flesh (corrupt, sensual, and carnal minded) and that His Spirit will not always strive with man, for his days will be 120 years. Now let's look at something else real quick. If one were to take the time that this particular Scripture is pointing to and place it, from the time that the flood happened, you would only count about 100 years.

It's believed, this Scripture was placed out of order so the genealogy of this Sacred Account could be completed and kept in order. This is why, when you go to the eleventh verse in that same chapter, which would be about twenty years later from this Sacred Record, you'll find the same Sacred Account (presented with more detail on what God meant by man being flesh) being mentioned again from within its correct spot:

"The earth also was corrupt before God, and the earth was filled with violence. So God looked upon the earth, and indeed it was corrupt; for all flesh had corrupted their way on the earth." -- Genesis 6:11,12

Amazing what a little extra leg-work could do for your biblical studies.

In the following article, we'll move forward a bit more. From within this article, we'd mentioned the 120-year sentence placed against humanity by the Almighty God. However, we'll take a closer look at the "wicked men" that the Sacred Record described as being "wicked giants" from within the earth. This should be interesting.