In the last article we'd learned, that Joseph attitude towards his brothers was beginning to change for the better, after they had finally returned back to Egypt with his little brother Benjamin: "Deeply moved at the sight of his brother, Joseph hurried out and looked for a place to weep. He went into his private room and wept there." -- Genesis 43:30 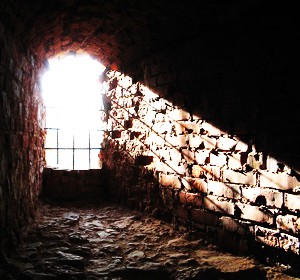 Know that Joseph was very excited to see his little brother.

For I truly believe, that Joseph had thought, that Benjamin had probably suffered the same fate, that he had suffered (or worse) a little over twenty years before.

But fortunately for Benjamin... this wasn't the case. And it was also very fortunate for Jacob's sons, that Joseph had finally discovered this fact for himself.

As a matter of fact, Jacob's sons would greatly benefit from Joseph's love for Benjamin. For we would soon discover, that Joseph would now turn his attention towards reuniting with his little brother, instead of trying to seek revenge against his brothers.

Also keep in mind, that from the very first day when Jacob's sons had unexpectedly re-entered the brother's life, they'd betrayed some twenty years before... that very same brother, who was now known as "Zaphenath-Paneah the Revealer of Secrets" -- had an agenda towards them. An agenda that was geared, with him seeking vengeance for the betrayal, that his brothers had done to him some twenty years before.

But Joseph would struggle, when it came to him acting upon those feelings -- for he knew, that he would be held accountable by the God of his forefathers, when it came to his actions. Understand, that Joseph didn't want to compromise his favored position with the Lord -- in order to carry out some personal vendetta against his brothers:

"Do this and you will live, for I fear God: If you are honest with me, let one of your brothers stay here in prison, while the rest of you go and take grain back for your starving households. But you must bring your youngest brother to me, so that your words may be verified and that you may not die." -- Genesis 42:18-20


God Was With Joseph?


Understand that God was with Joseph during this whole process, and little did Joseph know, that same God... was still leading and guiding him the whole way. This is proven by the fact, that every time Joseph would get ready to give in to his angry and vengeful emotions, that he had against his brothers -- God would allow some important information to find Joseph's ears, which would give him pause.

For example: God would allow Joseph to find out, that his little brother Benjamin was still alive. And because of this small, but very important information -- Joseph's agenda, would change away from seeking immediate vengeance against his brothers, and he would now focus solely on getting reunited with his little brother Benjamin. Remember that initially, Jacob wouldn't allow Benjamin to travel to Egypt with his brothers, so therefore he'd stayed home with his father.


Benjamin Was Now The Sole Focus of Joseph?

But fortunately for Joseph and his brothers, eventually (thanks to Judah), he was able to have Benjamin brought to him. And soon after this had happened, we find that Joseph's agenda would change again. This time around, Joseph's new focus, dealt with keeping Benjamin in Egypt for good -- for he had decided, that he wasn't going to let him leave with the rest of his brothers.

But instead of Joseph straight out demanding that Benjamin stay in Egypt, he decided to devise a plan, that would frame Benjamin in such a way -- that Benjamin would be forced to stay in Egypt. But there was a small problem that Joseph wasn't counting on, when it came to his brothers? He didn't know, that they would have so much loyalty and passion, when it came to the well-being of their father Jacob.

For Joseph's brothers knew, that if they were to return back home without Benjamin... surely their father's well-being, would be affected in such a way, that would end up be very detrimental to him overall.


But you know what, I'm getting ahead of myself... being that at this point from within our journey, Joseph's brothers were trying to keep Benjamin alive, when it came to the crime, that he was allegedly found guilty (framed) of earlier. Now understand, Joseph wasn't going to kill Benjamin -- when it came to this whole planned out situation, in the first place. For we must remember, that this whole ordeal that Joseph's brothers had now found themselves in -- was all apart of Joseph's plan? A plan that was designed by Joseph -- in order to keep his little brother there, with him, in Egypt.

However that may have been, Joseph's brothers didn't know what Joseph's true agenda was. For we must also keep in mind, that Joseph true identity was still unknown to his brothers. For all they'd saw before them, was an angry "Zaphenath-Paneah the Revealer of Secrets." For Joseph had lead them to believe, that he was furious with Benjamin for allegedly stealing from him.

Remember that this came about, because while Jacob's sons were on the road headed back home, Joseph had sent his chief steward to go and ride out to catch up with his brothers. And it would be at this point, where Joseph would move into the next phase of his plan. A phase that was designed, to look as if, Benjamin had stoled from him.


Now it was at this time, that Joseph's brothers had set, what I like to call -- the punishment condition. For this was a condition that was agreed upon, that if anybody was found to have, what the chief steward was accusing them of stealing, that person would be put to death:

Now remember, that this would be the very statement, that was on Judah's mind when he spoke these words to "Zaphenath-Paneah the Revealer of Secrets" (who really was Joseph): "What can we say to my lord? What can we say? How can we prove our innocence? God has uncovered your servants' guilt. We are now my lord's slaves: we ourselves and the one who was found to have the cup." -- Genesis 44:16


Now after hearing this statement from Judah -- Joseph responded by saying: "Far be it for me to do such a thing! Only the man that was found to have the cup will become my slave. The rest of you, go back to your father in peace." -- Genesis 44:17

And make no mistake, this news from Joseph would make things better. But know that overall, the news is still bad. Because even though Benjamin (although a slave) gets to stay alive, and the rest of Joseph's brothers have been released, and they can go back home in peace. Unfortunately for the rest of Joseph's brothers, they can't go back home without Benjamin. And this is where Judah explains why:

"Please my lord, let your servant speak a word to my lord. Do not be angry with your servant, though you are equaled to Pharaoh himself. My lord asked his servants, 'Do you have a father or brother?' And we answered, 'We have an aged father, and there is a young son born to him in his old age.

"His brother is dead, and he is the only one of his mother's sons left, and his father loves him.' Then you said to your servants, Bring him down to me so I can see him for myself.' And we said to my lord, 'The boy cannot leave his father; if he leaves him, his father will die.' But you told your servants, 'Unless your younger brother comes down with you, you will not see my face again.'

"Your servant my father said to us, 'You know that my wife bore me two sons. One of them went away from me, and I said, "He has surely been torn to pieces." And I have not seen him since. If you take this one from me too and harm comes to him, you will bring my gray head down to the grave in misery.'

"So now, if the boy is not with us when I go back to your servant my father and if my father, whose life is closely bound up with the boy's life, sees that the boy isn't there, he will die. Your servants will bring the gray head of our father down to the grave in sorrow. Your servant guaranteed the boy's safety to my father.

"I said, 'If I do not bring him back to you, I will bear the blame before you, my father, all my life!' Now then, please let your servant remain here as my lord's slave in place of the boy, and let the boy return home with his brothers. How can I go back to my father if the boy is not with me? No! Do not let me see the misery that would come upon my father."


And make no mistake, a lot was revealed to Joseph from within Judah's statements. For it was at this time, that Joseph had learned, that his father was indeed deceived, when it came to his very own disappearance. He also learned, that his brothers had lied, and told his father that he was killed by a wild beast. He also discovered, why his father never came looking for him, being that he never knew the real story, when it came to his brothers betraying him.

But that was the past, right...? Never mind how hurtful it may have been for Joseph -- right...? Basically... yes. For we must understand, that Joseph now sees, nine men standing before him... who truly love, and are very concerned about their aging father, and how they can't go back home without Benjamin -- for Benjamin's absence would probably place their father, in what would seem, like an endless season of great sorrow.

Nonetheless, will this display of concern and passion by Joseph' brothers, be enough to get Joseph to abandon his personal agenda, when it comes to his little brother Benjamin?