I find it very interesting that Ahab would have a man like Obadiah over his household; for it seemed very strange? For we know that Ahab had no respect for the God that Obadiah served. And we also know, that Obadiah would not have renounced his God in order to please Ahab.


The Wrath of Jezebel

In the last article, we were introduced to the prophet Elijah. We'd learned how he'd suddenly came on the scene, basically from out of nowhere. Also during this time, we were also introduced, to king Ahab and his wife Jezebel. Now we continue to move forward from within our journey. And it would during this time, we now find ourselves moving through the third year of Elijah's account. Keep in mind, we are still dealing with the current three-and-half year drought. Remember this was a drought, God used to enact a severe punishment, when it came to Ahab's household and the people he'd ruled over. Remember, God used Elijah, His prophet, to confront king Ahab, and while doing so, the prophet had foretold of this three-and-half-year drought, that was now wreaking havoc upon the land. 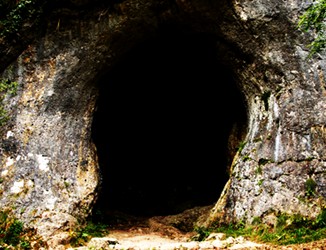 
Nonetheless, at this time, we're discovering that the Lord had just told Elijah, rain will soon come and fall upon the land. And actually, this was good news. For this now means, soon, God would finally be putting an end to this punishing drought. Know, this was a drought that Ahab and his kingdom had to endure, for the past three years. Nevertheless, the Lord would begin this process, by informing the prophet that this would be a good time for him, to go and show himself to Ahab. And make no mistake, the divine punishment that God had released upon the city of Samaria, had really taken its toll on the city, and the surrounding land.

Needless-to-say, this didn't go over too well for Ahab's wife Jezebel. For the Sacred Record reveals, she would eventually enter into a revengeful state. And by doing so, she decides to bring down her own wrath against the Lord's prophets. Understand that doing Jezebel's day, the suffering, persecution, and martyrdom that the Lord's prophets had to endure, would come from the vengeful doings of her hands; her rampage was so severe, only a few of the Lord's prophets, were fortunate to escape her wrath. And they did this by seeking refuge in unexpected places.

They were able to do this, because one of God's faithful servants had put himself on the line, by stepping up, to help these young prophets. And he did this, by providing the fleeing prophets, with some empty caves that they could hide in.

faithful servant that had risked everything, when it came to saving the Lord's prophets. Know that he had went by the name Obadiah. Now he's also recorded as being a faithful God fearing man. Since his youth he'd held tremendous faith and knowledge, when it came to the Lord. I also want to point out that he'd also served as a governor of Ahab's household.

And by doing so, this enabled him to be privy to Jezebel's wicked plans. Which in turn worked out well, being that Obadiah was in a position to learn first hand about them, when it came to carry out her vengeance against the Lord's prophets. Now I find it very interesting, that Ahab would have a man like Obadiah over his household in the first place, for it seemed very strange, for a man who believed like Ahab did.

For you see, we know that Ahab had no respect for the God that Obadiah believed in and served. And on top of this, we also know that Obadiah would not have renounced his God, in order for him to please Ahab. However, Obadiah was able to serve his king, without compromising his faith and servitude to the Almighty God. For you see, Obadiah was found to be a well respected man, who had good character.

And fortunately for him, there were very few men who held these types of qualities that Ahab personally knew. So it would only make sense for Ahab to turn to Obadiah. Especially since Ahab wanted someone who he could trust and depend on. And rest assured, when it came to Ahab's friends, his options to choose from, were severely limited.

He Did Not Compromise His Beliefs

Nevertheless, Obadiah was able to serve his king, without compromising his faith and servitude to the Almighty God. For you see, Obadiah was found to be a well respected man, who had good character. And fortunately for him, there were very few men during this time, who held these types of qualities, that Ahab personally knew. So it would only make sense for Ahab to turn to Obadiah. Especially since Ahab, wanted someone who he could trust and depend on. And rest assured, when it came to Ahab's friends, his options to choose from, were severely limited.

Nonetheless, as we continue to move forward, we find Jezebel continuing to rain down her wrath upon the Lord's prophets. For the Sacred Record reveals, thanks to Obadiah's bravery, 100 prophets of the Lord, would be spared. Now Obadiah was able to pull this rescue off, because he knew of two very secluded caves. He would used these caves, to hide the prophets in.

Obadiah did this, by equally separating the prophets into two sets of fifty. Therefore placing fifty prophets in one, and fifty in the other. And on top of this, he'd also provided them with bread and water, while they waited out, not only the rest of the foretold three-and-half year drought, but the great persecution that was being carried out against them, at the hands of Jezebel.

The Situation Would Get Worse

And it would be at this time, we're told that the drought had gotten so bad, Ahab had went out and about the land, and he took Obadiah with him. Ahab did this, so that they could search for some grass, or fodder, in order for them to feed their horses and mules with. For you see, Ahab was afraid, that if they weren't able to feed the animals soon, they would have to start killing them, in order to protect them from having to suffer a long drawn out death.

Now being the man that Ahab was describe to be, I find the king's actions at this time interesting, for it seems that when it came to certain things in his life, Ahab had a compassionate heart. But like most, who have decided to serve the world, in spite of having a compassionate heart, when it came to those things that he held true and near, he was still in fact, severely short-sighted. For he failed to understand, it would have benefited him more, if he would have carried out that same approach, when it came to pleasing the One True God. For if he had, he probably wouldn't had to go through this horrible three-and-half year drought, to begin with.

Note: Samaria was only 42 miles north from Jerusalem. The city was also known as "The House of David." Now I find it amazing that the city at this time, a city that was staying true to God (which was the city of Jerusalem) was truly prospering, as this drought was going on. All the while, Ahab's city of Samaria, was found to be in a serious state of suffering. For it truly shows that it's simply unwise, and futile, to go against the Most High God.

Elijah Is That You?

Nevertheless, Obadiah would eventually run into Elijah the prophet, while he was out helping his king find food for their livestock:

“Now as Obadiah was on his way, suddenly Elijah met him; and Obadiah recognized him, and he fell on his face, and said, ‘Is that you, my lord Elijah?’ And he answered him, ‘It is I. Now go and tell your master, “Elijah is here.” After hearing this, Obadiah asked Elijah, ‘What have I done wrong, that you are handing your servant over to Ahab, to be put to death?’" -- 1 Kings 18:7-9

Now this was both a sweet and bitter moment for Obadiah. Being that he had met the prophet Elijah. But it would be bitter, for he wasn't comfortable with what Elijah wanted him to do. So he replies to the Lord's prophet by saying:

"Haven't you heard, my lord, what I did while Jezebel was killing the prophets of the Lord? I hid a hundred of the Lord's prophets in two caves, fifty in each, and supplied them with food and water. And now you tell me to go to my master and say, 'Elijah is here.' Know that he will kill me!" -- 1 Kings 18:13-14

Understand, Obadiah was afraid that Elijah was going to vanish again. And if he was to do as Elijah requested of him, and he returned with Ahab, and the prophet wasn't there, then the king, thinking that Obadiah was toying with him, probably would have had him put to death.

Now personally, I find it interesting that Ahab had did all that he could, when it came to trying to find Elijah. For the king had sent out spies and search teams, as he tried to find the elusive prophet. He'd offered rewards to anybody, who would be able to turn him in. Ahab also contacted neighboring kingdoms, so that he could see if they knew anything, when it came to the prophet's whereabouts. But to no avail... nothing. So Elijah puts Obadiah's mind at peace by saying: "As the Lord Almighty lives, whom I serve, I will surely present myself to Ahab today." -- 1 Kings 18:15

Now that Elijah has sent Obadiah to go and get Ahab, what will the prophet say, when the king finally comes before him? And just as importantly, how will Ahab react, when he finally comes before the very prophet that he's been putting all of his resources towards, when it came to trying to find the very elusive prophet?