The Prophets of the Groves

As a matter of fact, the Sacred Record reveals, that after this had happened, the Israel king would humble himself greatly; so much so, the Lord would eventually take notice. And because of Ahab's drastic change, the Most High ended up showing the king some mercy.

In the last article, we'd learned that Ahab had his sights set on Naboth's vineyard, and because of this, the Israel king made Naboth an offer, when it came to buying it. Understand, the Sacred Record reveals, Ahab really wanted to buy Naboth's vineyard; so much so, the Israel king even offered to give Naboth a different vineyard, possibly a more valuable vineyard, in place of it. And of course, this particular vineyard, would be located from within a different location: "So Ahab spoke to Naboth, saying, 'Give me your vineyard, so that I may have it for a vegetable garden. I would like to have it because it's near, and next to my house. I'm prepared to give you another vineyard, one that's better. Or, if it seems good to you, I will give you what it's worth in money.'" -- 1 Kings 21:2 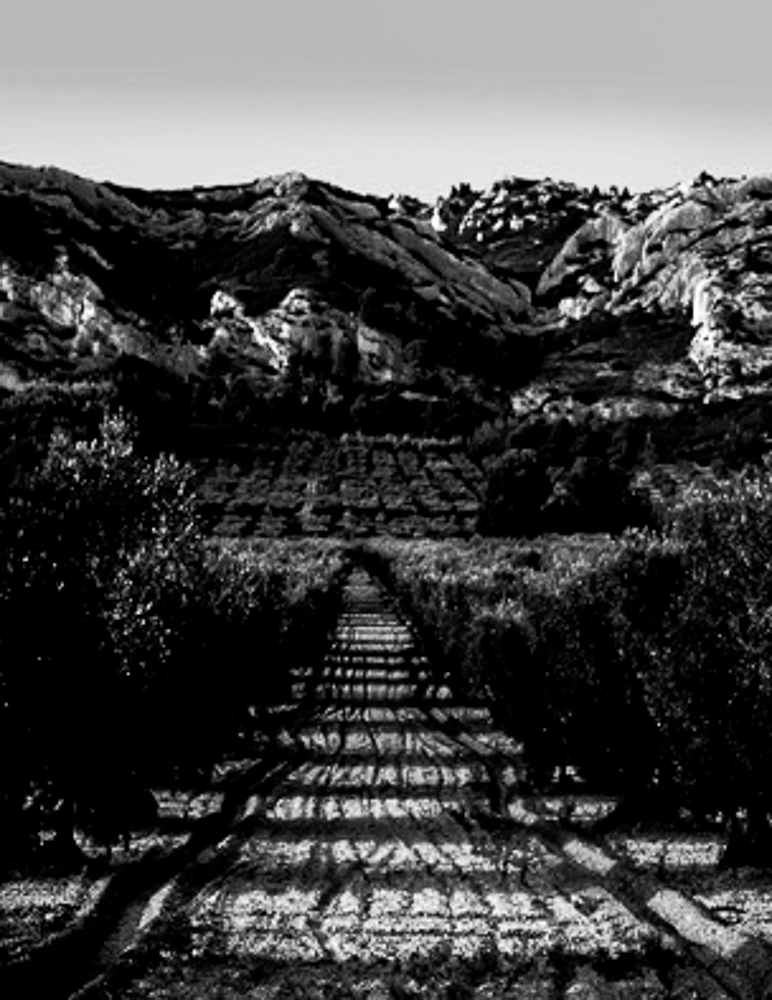 As a matter of fact, the Israel king was so upset, his wife Jezebel, had begun to take notice. So she asked him: "Ahab, why are you so sullen? Why won't you eat?"

And even though the king would give his wife, his reasons for feeling blue, Jezebel still scolded her husband, for his depressing behavior.

So she lashed out to him by saying: "Is this how you act, as king over Israel? Get up and eat! Cheer up. I'll get you the vineyard of Naboth the Jezreelite."

And rest assured, the determined queen, would hold true to her word. She does this, by first, reaching out to the elders, and nobles, that lived in Jezreel. This is what the queen had instructed them to do: "Proclaim a fast, and seat Naboth with high honor, among the people. Seat two men, who are scoundrels, before him; so that they can bear witness against him. Here's what I want them to say: 'You have blasphemed God, and the king.' After this had been done, take him out, and stone him to death."

And of course, the elders, and nobles of Jezreel, carried out Jezebel's orders. And they did this, by having their public trial for Naboth, which was a trial that eventually went against him. And because of the outcome, when it came to this public trial, Naboth would find himself, being put to death. And because of this, Ahab was able to go, and take possession, of the vineyard, he so desired.

And even tough, Jezebel was able to get Ahab, what he so desired; know that this didn't sit well, with the Most High. And because of this, the Lord sends His prophet Elijah, down to the vineyard. Now the Lord did this, in order to give Ahab a very important message. And this is what the prophet had to say: "I have found you, and because you have sold yourself to do evil in the eyes of the Lord. I'm going to bring disaster on you. I will consume your descendants, and cut off from Ahab, every last male in Israel; slave or free."

And of course, this wasn't good news for Ahab. As a matter of fact, the Sacred Record reveals, that after this had happened, the Israel king would humble himself greatly; so much so, the Lord would eventually take notice. And because of Ahab's drastic change, the Most High ended up showing the king some mercy. Now the Lord did this, by delaying the foretold judgment, in which He used the prophet, to speak against the king, and his household.

Nonetheless, as we move forward, we now find, that after Ahab had defeated Ben-Hadad, the Sacred Record reveals, that on two different occasions, there had been three year peace periods, that had taken place between the Arameanians and Israel. However, during this time, after Ben-Hadad had been defeated, the Arameanian king hadn't followed through on the promises that he had made earlier to Ahab. And because of this, the Israel king had decided to send for his officials, and the Israel king did this, so that he could express his concerns.

And apparently, Ben-Hadad who was still king of Aram (Syria), had not fully kept his word, when it came to returning all the cities, his father had taken from Ahab's father. Remember what Ben-Hadad had said, when he was at Ahab's mercy, after he had been soundly defeated: "I will return the cities my father took from your Father,' Ben-Hadad offered. You may set up your on market areas in Damascus, as my father did Samaria.'" -- 1 Kings 20:34


Nevertheless, here we find, that one of the cities that Ben-Hadad was referring to, was Ramoth Gilead. Now this was a fortified city, that was located from within the mountainous region, that was east of the Jordan, that was also located, from within the land of Gad. And apparently this city, had not been returned to Ahab, like Ben-Hadad had promised.

However, after defeating Ben-Hadad on two different occasions, Ahab was feeling very confident, when it came to facing off against Ben-Hadad once again, if need be. As a matter of fact, Ahab was so confident, he was willing to take this fight, to Ben-Hadad's front yard. So the Israel king gathers up his officials, and it's at this point, we find that Jehoshaphat the king of Judah, was also present when Ahab expressed his concerns, in front of the royal court: "Don't you know that Ramoth Gilead belongs to us, and yet we are doing nothing to retake it from the king of Aram?"

So after saying this, Ahab turns towards Jehoshaphat: "Will you go with me to fight against Ramoth Gilead?" Now after hearing Ahab's request, Jehoshaphat agrees to help him in his quest, when it came to retaking Ramoth Gilead. But the Judean king needed for something to happen first, before he headed out with Ahab. Now when it came to this request, Jehoshaphat wanted to make sure, that Ahab would seek the counsel of the Lord first.

For you see, Jehoshaphat was a very wise, and God-fearing king, and it didn't matter what he did, he always made sure, he walked in the ways of his father Asa. Meaning, that he did not dare, make any attempts of straying away from those ways: "Jehoshaphat did what was right in the eyes of the Lord, at all times."

The Prophets of the Groves


Now keep in mind, Jehoshaphat was completely different from Ahab. And because of this, one would have to wonder, why in the world, the Judean king would be willing to help, the wicked Israel king, to begin with. Nonetheless, we find that after hearing Jehoshaphat's condition, when it came to helping Ahab, the Israel king summoned a group of 400 prophets , that were known as "The Prophets of the Groves."

Now when it came to these prophets, know that they were, a religious regiment, that served solely under the Israel king Ahab. And actually, their religion had not been even recorded, and so therefore, remains unknown. However, Ahab puts a question before these false prophets: "Shall I go to war against Ramoth Gilead, or shall I refrain?" Now after hearing Ahab's question, the prophets of the groves answered back: "Go, for the Lord will give it into the hands of the king."


Be that as it may, Jehosphaphat, the God-fearing king that he was, wasn't satisfied with what these pagan prophets had spoken. So the Judean king called out: "Is there not a prophet of the Lord here, whom we can inquire of?" So after hearing what Jehoshaphat had asked. Ahab responded by saying: "Well, there is still one man, through whom we can inquire about the Lord. But know that I hate him, because he never prophesies anything good about me; always bad. He is Micaiah, son of Imlah." Now this statement by Ahab, draws a quick warning from Jehoshaphat: "The king should not say that."

And of course, Ahab didn't respond to the Judean king's warning, and so henceforth, calls one of his officials over: "Go and bring me Micaiah, son of Imlah, at once." Now in the meantime, while Ahab and Jehoshaphat were waiting for Micaiah to arrive, we find that the two kings, were sitting on their thrones, at the threshing floor, dressed in their royal robes, while waiting at the entrance gate of Samaria.

We also find, the prophets of the groves, were also, standing before the two kings as well. They were still prophesying, about the victory that Ahab was going to have, against Ben-Hadad. And while all this was happening, Zedekiah, the son of Kenaanah, emerges from the crowd of prophets, bringing forth some iron horns, he had made. And as he stood before the two kings, he announced before everyone: "With these horns, you will gore the Arameans until they are destroyed." Now as Zedekiah was saying these things, the rest of the prophets were prophesying in the background: "Attack Ramoth Gilead and be victorious, for the Lord will give it into the king's hand!"

Now that Jehoshaphat has insisted, on getting confirmation, from one of the Lord's true prophets. Ahab is forced to send for Micaiah. Will Micaiah bring forth the same message, Ahab's pagan prophets, had brought earlier? Or will Micaiah, have something different to say, when it comes to the outcome, of Ahab attacking Ben-Hadad. And if Micaiah does have something different to report, something that's not in the favor of the Israel king, how will Ahab respond?