"Like a meteor suddenly flashing across the darkened sky, Elijah appears on the scene without historical background, and without warning!"

The Sacred Record, points out, Ahab did more evil, than any other Israel king before him:  "Ahab also made an Asherah pole and did more to provoke the Lord, the God of Israel, to anger than did all the kings of Israel before him." - 1 Kings 16:33 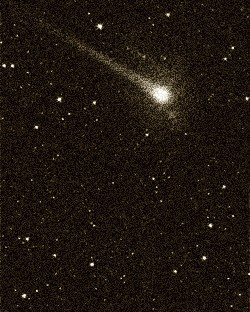 
The Sacred Record then goes on to inform us, Ahab had also married a woman who was known as Jezebel.

Not only would Ahab marry Jezebel, but he did this, in spite of knowing that she was a devout follower of the storm god, that's known as Baal.

NOTE: Jezebel practiced many forms of witchcraft and idolatry.

But Jezebel's evil ways wouldn't end there, for she was known to be very commanding, dominating, deceitful and zealous in nature.

And actually, the woman did so much evil during her day, her name alone, has become a curse, from within itself.

Nonetheless, let's move forward. Ahab and Jezebel wasted no time when it came to wielding their influence upon the people they'd ruled. First off, they began erecting a temple in the city of Samaria. This temple would be dedicated not only to the Sidonians' storm god Baal, but the temple would also be dedicated to the goddess that's known as Ashera.

NOTE: Baal Worship, deals with worshiping two Canaanites deities, that are known as the storm god Baal, and his consort (intimate mate) the goddess Asherah. This is why, as we continue our journey throughout the Old Testament, we'll soon notice, how both deities are constantly mention together.

Be that as it may, it's at this point from within our journey, the Sacred Record draws our attention, towards a very unique prophet, that had went by the name Elijah. Now when it comes to this prophet, we're told that he came from the inhabitants of Gilead. This is a place that's located from within the land of Jephthah. As for Elijah, he'd stayed in a town that was called Tishbe; this was a place that was located from within the very secluded steep-side valleys, of the mountains.

We're also told, Elijah wore a coat that was made of sheep skin; or perhaps some type of coarse camel hair. As for his own hair, it was very long, and was known to have grew, down to the middle of his back. Now to me, perhaps the thing that stands out immediately about Elijah, is how he comes on the scene from out of no where. For you see, there's no record on who Elijah's mother, and father were; or even if he ever had parents. But personally, I'm assuming he did.

Now normally when the Sacred Record brings a prophet into play, we would have some facts, in regard to their background. But with Elijah, as you can see, this is not the case. In fact, the type of entrance that was done by the prophet, had many Jews believing that he was some type of angel that had been sent from the heavens. And once Elijah realized that the Jews were trying to adopt this view of him, he quickly denounced the idea. And he did this, by letting them know, he was merely a man that was subject to strong passions just like they were.

A Warning From The Lord

Now when we take a look at 1 Kings 17; we find Elijah warning the wicked king Ahab, about a three-and-a-half year drought, that's coming. Keep in mind, this drought, is a divine punishment that's being sent by the Lord. For the Lord had enough of the sins, that Ahab and his wife, had continually caused Israel to commit:

"Now Elijah the Tishbite, from Tishbe in Gilead, said to Ahab, 'As the Lord, the God of Israel, lives, whom I serve, there will be neither dew nor rain in the next few years except at my word.'" -- 1 Kings 17:1

Now after Elijah warns Ahab about the drought; God orders the prophet, to go and hide at the brook, that was called Cherith. For this was a brook that was located east of the Jordan river.

The Ravens of Brook Cherith

Now think about that for a second? Now there are some, who may think that God had Elijah to go and hide, in order to protect him from Ahab's wrath. Or perhaps they could be wondering, why didn't God tell the prophet, to go and hide himself from the people, He'd sought to punish? For you see, if they were to have seen Elijah during this three-and-half-year drought, and with the people knowing that he's a true prophet of the Lord; and that he had foretold the judgment that was currently being enacted upon them. Perhaps they might have asked the prophet, to intercede on their part; perhaps they would have asked the prophet, to plea with God, when it came to ending the drought.

Nonetheless, by instructing Elijah to stay out of sight, as the drought wreaked havoc upon the land, it was clear that God didn't want the prophet to be tempted, when it came to interfering with His plans. Be that as it may, it would be at this brook, Elijah was commanded to hide himself for a period of time. And even though he would be in the midst of the drought himself, God had placed him an area, that the prophet would still be able to drink from the brook. And on top of this, the Sacred Record also reveals, God had order some ravens to come by in the mornings and evenings, in order to bring the prophet bread, and meat to eat.

Now after about a year had went by, and since there wasn't any rain falling from within the area, the brook that Elijah was hiding at, would eventually dry up.

The Widow of Zarephath

Move forward a little bit more. Now our attention have been placed towards the recorded account, that deals with the widow of Zarephath. The Sacred Record reveals, she was very poor and perhaps, very close to death. She also had a child that was suffering along with her, and the Scriptures makes it clear, he was probably near death as well: "I don't have any bread, only a handful of flour in a jar and a little oil in a jug. I am gathering a few sticks to take home and make a meal for myself and my son that we may eat it and die." -- 1 Kings 17:12

But in spite of her current dire situation, the widow would still be obedient, when it came to Elijah. And it was because of this, she would eventually be, tremendously blessed. Take note of what happened between her and the prophet: "Don't be afraid. Go home and do as you have said. But first make a small cake of bread for me from what you have and bring it to me, and then make something for yourself and your son. For this is what the Lord, the God of Israel says; 'The jar of flour will not be used up and the jug of oil will not run dry until the day the Lord gives rain on the land.'" -- 1 Kings 17:14

NOTE: This prophecy would eventually come to pass.

Why Has God Forsaken Me?

Now after some time had went by, the widow's son had become very ill. And to make matters worse, he suddenly dies. Because of this, the widow becomes very upset, and cries out to Elijah: "What do you have against me, man of God? Did you come to remind me of my sin and kill my son." -- 1 Kings 17:18

Now notice how this is a totally different side, when it comes to the widow's disposition. And honestly, I know that if I was in her shoes, and I hate to admit this, but I might've reacted in the same manner. Think about it for a moment... You mean to tell me, after my family and I just experienced a blessed miracle these past couple of years; then as we're right at the end of the storm, my child still ends up dying? Wow! I don't know what else to type... ... ...?

Blessed Through Her Obedience

Nonetheless, perhaps through her obedience, it allowed Elijah to still be around, when this unfortunate event happens; for we find God, eventually using Elijah, to bring her son back to life. But understand this, if the man of God wasn't around, the widow and her son, would have surly died, after she had returned from the city gates gathering sticks.

Remember, this is what she was doing, when she had first met Elijah. And fortunately for her, she would be obedient, when it came to the man of God. And because of this, God would use His servant, to restore the boy's life:

"The Lord heard Elijah's cry, and the boy's life returned to him, and he lived. Elijah picked up the child and carried him down from the room into the house. He gave him to his mother and said, 'Look, your son is alive!'" -- 1 Kings 17:22-23

The First of Eight Similar Events:

Now that God has instructed Elijah to go into hiding, what kind of damage will this famine that the Lord had unleash upon the land really do, when it's all said and done? How will Ahab respond? Will his wife Jezebel intervene, and if she does, what will she do?