Here we find, that Jehoram had fallen under his wife's influence, and started following in the steps, of the house of Ahab. And because of this, the king of Judah, went against everything that the house of David stood for; and did evil in the eyes of the Lord.

In the last article, we'd learned that the Sacred Record revealed how Ben-Hadad the king of Syria, had finally met his demise. The king met his fate, through the hands of Hazael, one of his most trusted confidants. The Sacred Record also revealed, that Ben-Hadad was dealing with a serious illness at the time. As a matter of fact, Ben-Hadad's illness, was so severe, he had feared that the affliction, that had taken a tremendous toll on his health, would in the end, eventually take his life. So Ben-Hadad sent Hazael, to go and seek out the prophet, that was known as Elisha: 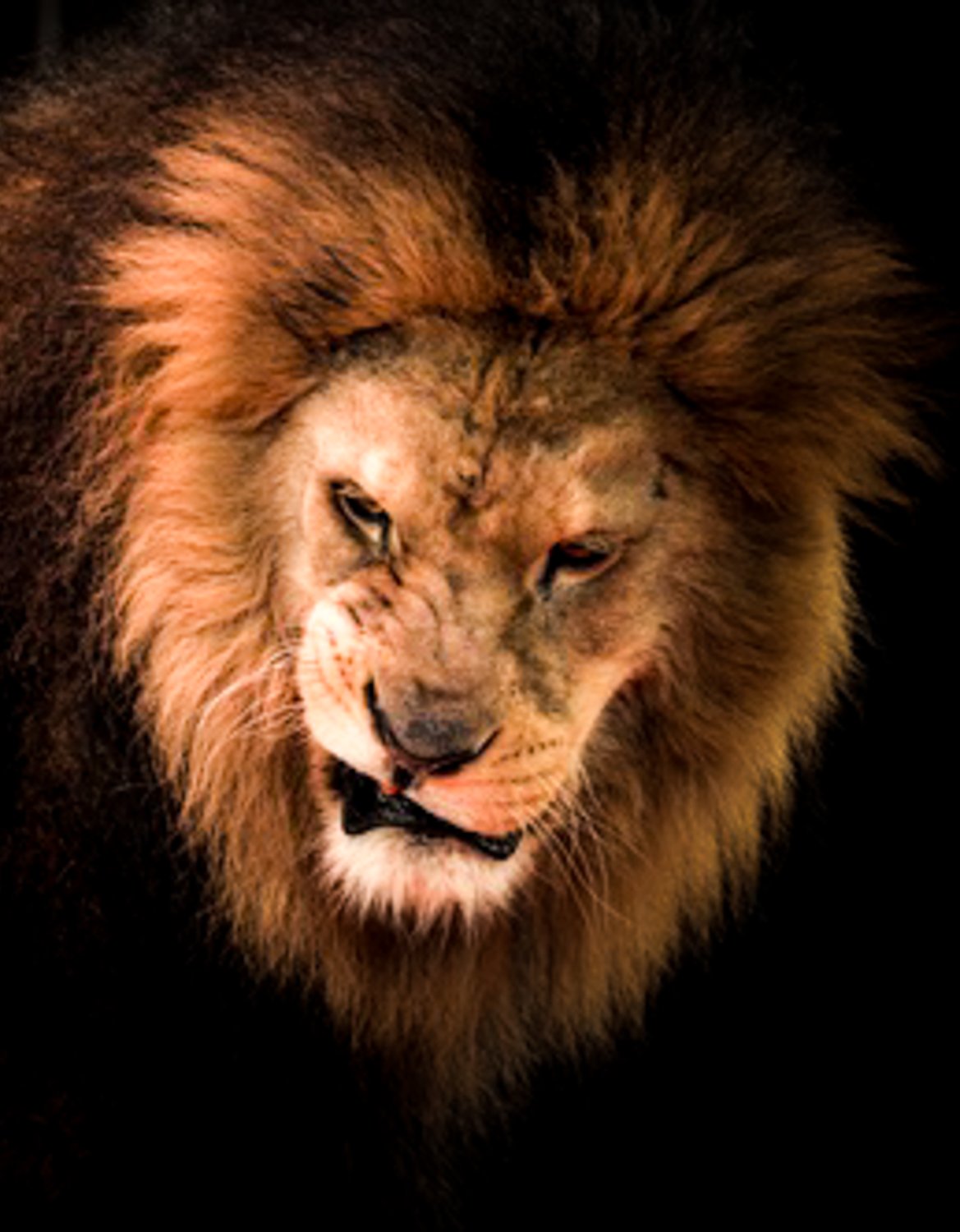 And it was at this time, someone had told the king, that the man of God had come to the city.

So Hazael would do as he was told, but when he had finally came before the prophet, he would also be told something, when it came to himself.

And make no mistake, not only would this news be totally unexpected, but alarming as well.

As a matter of fact, the news would be so disturbing, Elisha would weep more and more, as he looked and stared at Hazael. Remember, Elisha was weeping, because he had seen how the Lord was going to use Hazael, when it came to Israel. Notice what the prophet had told Hazael, after he'd asked Elisha why he was weeping so much: "Because I know the harm that you will do to Israel. For you will set fire to their fortified places; kill their young men with the sword. And not only this, you will dash their little children to the ground; and rip open their pregnant women." -- 2 Kings 8:12

Now after hearing this, Hazael stood there, with a very shock look on his face. And after he'd stood there thinking for a moment, he asked the prophet: "How could your servant, a mere dog, accomplish such a feat?" And it would be at that moment, after Elisha had heard this, would inform Hazael that he would indeed, be the next king of Syria.

So after hearing this, Hazael departed from Elisha. And when the next day came, just like the prophet had foretold, at the hands of Hazael, Ben-Hadad did meet his demise, therefore making Hazael the new king of Syria: "But it happened on the next day, that Hazael took a thick cloth and dipped it in water. Next he'd spread the cloth over Ben-Hadad's face until he died; and Hazael reigned in his place." -- 2 Kings 8:15

Nonetheless, we begin to move forward, when it comes to our journey. It's at this time, I want to remind you, that the Jehoram that we've been following up to this point, was the youngest son of king Ahab. Now remember, this Ahab ruled over the Northern Kingdom of Israel. Jehoram had taken over the throne, after his older brother Ahaziah had passed away.

Also keep in mind, the Northern Kingdom (Israel) consisted of ten tribes that use to be apart of the original twelve tribes, that God had taken away from the house of David. As for the other two tribes, which would be Judah and the tribe of Benjamin, they would make up the Southern Kingdom. However, in the fifth year of Jehoram's reign (The Northern Kingdom of Israel), we find that from within Israel's Southern Kingdom, king Jehoshaphat had passed. And because of this, his older son ended up, taking over the throne.

Now things get a little tricky here, because he is also known as Jehoram. So stay with me, and pay close attention, for we are now dealing with two kings, that are named Jehoram. One of them being the king of the Northern Kingdom of Israel -- while the other is king of Israel's Southern Kingdom of Judah. Now to be clear, this particular article, will be dealing with the Jehoram that's reigning from within in the Southern Kingdom (Judah), the oldest son of Jehoshaphat.

Now get ready, things are about to get even more interesting. For we now find, that the Jehoram who'd ruled the Southern Kingdom, had decided to marry Athaliah. Now the reason why this is not only interesting, but the information is very important as well, for you see, Athaliah was the daughter of Ahab & Jezebel. Did you catch that? Athaliah was the daughter of Ahab & Jezebel... which means, that she belonged to the family dynasty, that was now ruling the Northern Kingdom of Israel.

And not only that, she also belonged to a family, that at the time, practiced serving under the false deity, that was known as Baal. Now I also want to mention, that her forefathers also introduced, and practiced a pagan bull religion, that dealt with worshiping a Golden Calf. Understand, that this religion was still being practiced, from within the Northern Kingdom as well.

But now we find, that Athaliah has married into Israel's Southern Kingdom of Judah. And because of this, it would seem to have caused the two family dynasties (which held very different views by the way, when it came to their spiritual beliefs) to now be united through marriage. Now I also want to point out, this marriage had opened a door, that would prove to be very problematic for the Southern Kingdom of Judah. For you see, up to this time, they did not participate in idol worship, for they were staying loyal to the Most High God.

But here we find, that by Jehoram marrying Athaliah, he had now fallen under the bad influence of his wife. And because of this, he started following in the steps of Athaliah forefathers, doing evil in the eyes of the Lord. Therefore, going against everything, that the house of David had stood for.

Understand, since Jehoram was willing to go against the Lord, and all that his family had stood for, so that he could please his wife, he ends up placing the favor that the Southern Kingdom of Judah, had constantly enjoyed with the Lord, in tremendous jeopardy. As a matter of fact, Jehoram shows just how far he's willing to go, when it comes to pleasing Athaliah, for we also find, that soon after, he had taken over the throne. And after this had happened, the Sacred Record reveals, that he had all six of his younger brothers killed. Azariah, Jehiel, Zechariah, Azariahu, Michael, and Shephatiah, were all put down by the sword.

Now unfortunately, the reason why Jehoram had done something so barbaric, when it came to him killing his own brothers, is not revealed in the Sacred Writings. However, the mere fact that he was willing to go against the Lord, and everything that his family household, had always stood for; and also by killing off anything, that would pose a threat to his crown, would seem wise, to a wicked and conflicted soul, like Jehoram's.

The Fallout Behind the Southern King's Actions

And of course, Jehoram would go and try to suppress, and put an end to that the rebellion. And he attempted to do this, by taking his officers and all the chariots, that he could gather, so that he could go into a war against the Edomites. However, the Edomites would surprise Jehoram by holding strong to their ground. As a matter of fact, the Edomites had done so well in battle, they were able to eventually surround Jehoram and his army, but somehow, Jehoram still ended up escaping.

But the fallout wouldn't end there, for the Sacred Writings also revealed, that some time ago, the royal city of Libnah was attacked, and taken by Joshua. Now this was a heavily fortified city, that was now apart of the Southern kingdom of Judah; this was also a city, that had became a home, for the priestly tribe that was known as the Levites.

I also want to point out that at this time, this city was located from inside the Southern Kingdom of Judah. And because of the rebellious direction that Jehoram was now taking the Southern kingdom, the city of Libnah, had revolted against Jehoram too. And again, being who they were, which was a Levitical priestly city, they were refusing to continue to follow under Jehoram, and under the false gods, that he was now serving. So they'd declared themselves a free state.

But Jehoram continued to ignore the signs that his kingdom was falling apart, especially as he continued to lead Judah astray. And to make matters worse, the Judean king set up idolatrous high places, when it came to his new religious pagan practices, therefore, further encouraging Jerusalem to commit fornication and whoredom. And to add to his rebellion when it came to the Lord, he also had the Southern kingdom eating foods, that were being sacrificed unto his false idol gods as well.

Now that we've seen how Jehoram ends up leading the Southern kingdom astray, by marrying Athaliah, the daughter of Ahab and Jezebel. We now find the prophet Elijah. Yes Elijah. Reaching out from eternity, to deliver a message directly to Jehoram, the Southern kingdom's wayward king. However, we'll touch more on how this had taken place, in the next article