A King Has Fallen

Micaiah tells Ahab: "I saw all of Israel scattered on the hills like sheep without a shepherd, and the Lord said, 'These people have no master. Let each one go home in peace.'"

In the last article, we'd learned that king Ahab had chosen, to listen to his own personal soothsayers, instead of listening to the one true prophet that was known as Micaiah. Now I find it interesting, Ahab had continued to refuse listening to Micaiah, even though he knew the prophet truly heard from God; and even though, the prophet had prophesied, that if Ahab were to go ahead and attack Ben-Hadad, he would die in battle. And to make matters worse, Ahab had Micaiah locked away, and placed on a strict diet, that consisted of nothing, but bread and water. The Israel king instructed that this should be done, until he returns from battle. Who knows, but I guess Ahab figured that if he were to hold Micaiah hostage, then perhaps, the Lord will allow him safe passage. In due time, we will soon see, if Ahab's strategy pays off. 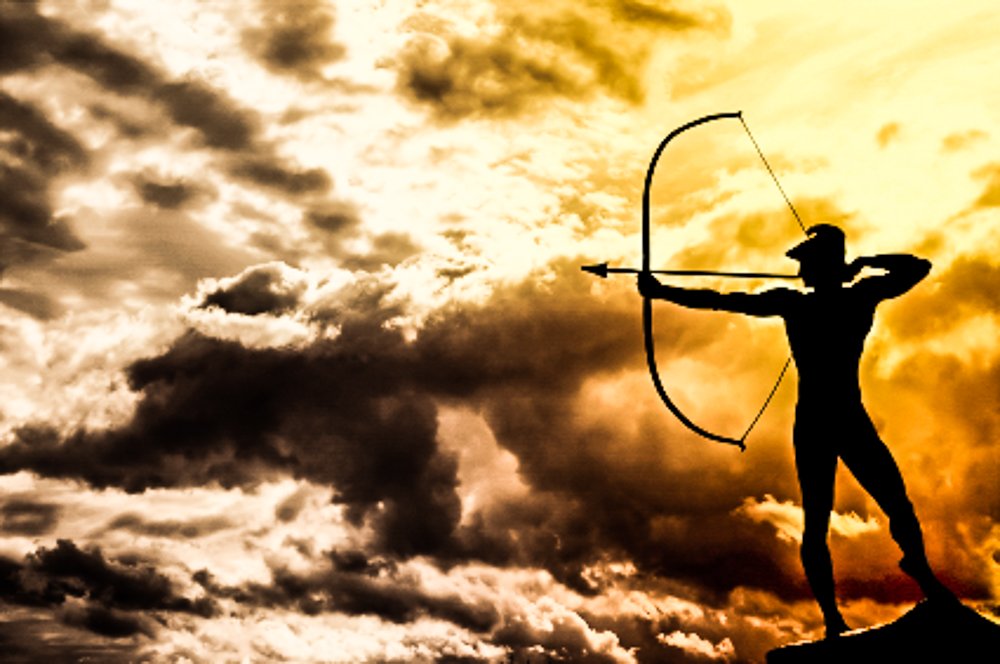 
Nevertheless, in the meantime, we now find, Ahab beginning to venture forth, when it came to him, attacking the city of Ramoth Gilead. I also like to point out, surprisingly, Jehoshaphat the Judean king, will still be by his side in battle; even though Micaiah had prophesied that Ahab would die in battle. Now it's possible, Jehoshaphat felt that since Micaiah didn't specifically mention, that anything bad would happen to him, per se, perhaps, he himself, thought he would be safe.

Nonetheless, I do find it very interesting that Jehoshaphat would make such a big fuss, when it came to hearing from a true prophet of the Lord, and even though he would hear a bad report, when it came to the Israel king, the Judean king still rides into battle with Ahab. Interesting indeed.

Attack Only the Israel King

In the meantime, while all of this was happening, the Sacred Record reveals that over on Ben-Hadad's side, the Syrian king was instructing his thirty-two chariot commanders, to focus their efforts, solely on the king of Israel. For he did not want them fighting, or trying to kill anybody else, great or small. No, he wanted his men, to be solely focused on killing the Israel king Ahab: "Now Ben-Hadad the king of Syria had commanded the thirty two captains of his chariots, saying, 'Fight with no one small or great, but only with Ahab, the king of Israel.'" -- 1 Kings 22:31

However, as we move forward, we now find that Ahab and Jehoshaphat are now attacking Ben-Hadad, and the city of Ramoth Gilead. And it would be at this time, Ben-Hadad's chariot commanders had notice someone that was dressed in royal robes, and naturally at first, they'd thought it was Ahab the Israel king. But the person that they'd ended up seeing, wasn't Ahab, but instead, the Judean king Jehoshaphat. For he was dressed in his royal robes.

However, after Jehoshaphat had seen that Ben-Hadad's men were specifically targeting him, he cried out and started to run away, when Ben-Hadad's commanders started engaging him. Now when this had happened, the chariot commanders continued to chase after him. But soon after, they'd finally realized, the person that they were chasing, wasn't Ahab the Israel king after all, they stopped pursuing him.

Ahab You Can't Hide From The Lord

Be that as it may, in the meantime, all of a sudden, and completely at random (so it would seem) the Sacred Record reveals, someone from Ben-Hadad's army, had drawn their bow. And soon after releasing the arrow, they'd learned that the arrow had hit Ahab , right between the sections of his armor. Now when this had happened, the Israel king immediately said to his chariot driver: "Wheel around, and get me out of the fighting, I've been wounded."

Now it would seem, that nobody knew outside of the chariot driver, that Ahab had been seriously wounded. And because of this, all day long, the battle continued on. As for Ahab, he had been propped up in his chariot, in order for him to be able to face and watch his men fight fearlessly against Ben-Hadad. But while he was watching the battle from a distance, he continued to bleed out heavily, as blood began to run down his body, and unto the floor of his chariot.

And soon after, the Israel king would end up passing away. Now as the sun started to set, and the Israelites finally realized, their king had been killed, they'd cried out: "Every man to his town! Everyone to his land!"

Now while all of this was happening, the Israelites, brought their king's body, back to the city of Samaria. Now they did this, in order to bury him. However, afterwards, Ahab's men took his chariot, and washed it at a pool from within Samaria. And it would be at this time, the prostitutes were found there to be bathing. And the stray dogs were also there, found to be licking up his blood. And all of this unfolded, just like the Word of the Lord had declared through the prophet Elijah, sometime before.

Also keep in mind, Micaiah had also prophesied, Ahab was going to die in this battle, if he had once again, went against Ben-Hadad. Micaiah also foretold, that the Israel army would be without a master, but they would still be able to go home in peace, in spite of this: "I saw all of Israel scattered on the hills like sheep without a shepherd, and the Lord said: 'These people have no master. Let each one go home in peace.'" --

Now as we just discovered, Ahab ignored the Lord's prophet Micaiah, and because of this, he paid with his life. Now that his reign has come to an end, we find that his son Ahaziah, takes over the throne. Will he learn from his father's mistakes, or will he ignore them, and end up making some costly ones of his own?