The Most Feared Syrian King of His Time Comes A Knocking

Now it would be at this time that Ben-Hadad informs Ahab that the sliver and gold that he now possesses, now belongs to him. The Syrian king makes it clear that the best of Ahab's wives and children, are now his as well. Understand that with an army that consisted of thirty-three kingdoms in total, it's very well possible that Ahab seems to realize that the odds are stacked against him, in a very big way.

In the last article, we'd learned that Elijah had finally located Elisha, his promised successor. Remember that Elisha was the person that had been prophesied by Lord. This prophesy had taken place, when the Lord had came to visit Elijah, when he was doubting himself, and his ministry : "But he himself went a day’s journey into the wilderness, and came and sat down under a broom tree. And he prayed that he might die by saying: 'It is enough! Now, Lord, take my life, for I am no better than my fathers!'" -- 1 Kings 19:4

Be that as it may, fortunately for Elijah, the Lord wouldn't answer his prayer. But it wouldn't be not too long, after Elijah had prayed this prayer that the Lord would give him some reassurance: 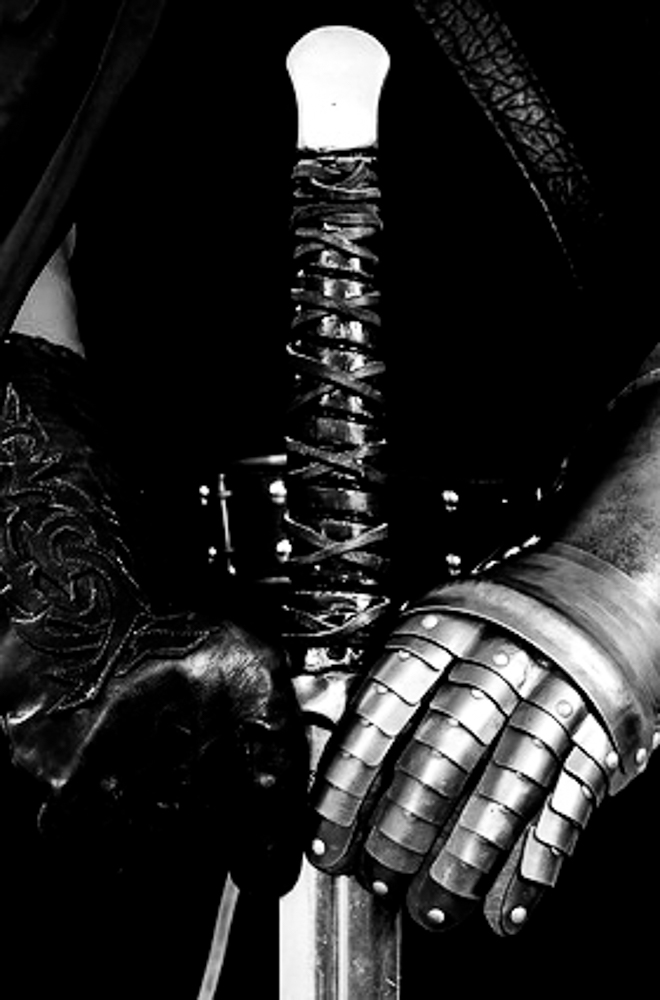 
"The Lord said to him, 'Go back the way you came, and go to the Desert of Damascus. When you get there, anoint Hazael king over Aram.

Also anoint Jehu son of Nimshi king over Israel, and anoint Elisha son of Shaphat from Abel Meholah to succeed you as prophet." -- 1 Kings 19:15-16

So we find that Elijah had been reassured by the Lord, when it came to his calling. And it's for this reason, the prophet heads out, with a refocused, and renewed mindset.

So after a little time had passed, we find Elijah journeying forth. The Sacred Record reveals, just as the Lord had promised, Elijah would indeed find Elisha.

Elijah finds Elisha working in the fields that his family owned. And it would be at this time, we find Elijah officially presenting Elisha, with an offer to become his apprentice. And so it would seem, without any hesitation, Elisha would accept the prophet's proposal. But before Elisha would depart on his new spiritual adventure, he would have himself a going away party, with his family and friends. But soon after the party had ended, Elisha headed off with his new acquired teacher, to begin his training.

The Thirty-two Kings of Mass Destruction


Nevertheless, we now move forward. And this is where we find the Sacred Record, taking us back to the city of Samaria. And it's at this point, we now discover that God had just started, what I like to call "phase two" when it comes to His overall judgment plan against Israel. Remember, this judgment plan is being put in play, because of Israel's continued wicked and idolatrous ways.

Be this as it may, this second phase begins, with Ben-Hadad the king of Aram and his, what I like to call: "The Thirty-two Kings of Mass Destruction" coming forth, in order to confront Ahab and the Israel kingdom. Now we're not told the background, or the specifics, of who these thirty two kings were. But it's very possible, that they were probably kingdoms that ended up surrendering to Ben-Hadad, when the Syrian king had one point in time confronted and conquered them. And because of this, forcing them to become vassals, to the more superior Ben-Hadad and his kingdom.

Now as we journey further, try to pay close attention to how Ben-Hadad treats Ahab. Personally, I think this is how Ben-Hadad operates, and the way that he treats Ahab, is nothing new. And perhaps these are the same war methods that have netted him so much success, when it came to his past confrontations.

Be that as it may, Ben-Hadad decides to wage war against Ahab, and the nation of Israel. Now the Sacred Record isn't exactly clear, on why Ben-Hadad decided to attack Samaria, in the first place. And actually, there weren't no known record of conflict, that had taken place between Ben-Hadad and Ahab to begin with. Personally I like to think, that all of this was now happening, because it was part of God's overall plan, when it came to dealing with Ahab, and Jezebel's, very wicked and idolatrous ways.

Nonetheless, we now find that Ben-Hadad positions himself, and his army, when it came to getting ready to confront Ahab. And after Ben-Hadad had done this, he sends his demands to Ahab. Now it would be at this time, Ben-Hadad informs Ahab, that the sliver and gold, that he now possesses, now belongs to him. The Syrian king makes it clear, that the best of Ahab's wives and children, are now his as well. Understand, that with an army that consisted of thirty-three kingdoms in total, it's very well possible, Ahab seems to realize, that the odds are stacked against him, in a very big way.

So the Israel king responds back to Ben-Hadad, by agreeing to his demands. And after hearing this, the Syrian king takes it a step farther, by demanding even more from Ahab: "I sent to demand your silver and gold, your wives and your children. But about this time tomorrow I am going to send my officials to search your palace and the houses of your officials. They will seize everything of value and carry it away."

Now after Ahab had heard Ben-Hadad's new demands, he seems to realize that he's willing to go only so far, when it comes to his surrender. So he decides to summon all the elders of the land. And after the meeting had been assembled, the Israel king starts to express his frustration, by explaining to the elders, Ben-Hadad has become very unreasonable: "See how this man is looking for trouble! When he sent for my wives and my children, my sliver and my gold, I did not refuse him." After hearing this, the elders responded back to Ahab by saying: 'Don't listen to him or agree to his demands.'"

So after hearing the advice from his elders, Ahab sent word back to Ben-Hadad, informing him that he will do all that he had asked, when it came to his first set of demands. But when it came to this second set of demands, Ahab told Ben-Hadad, that he cannot fulfill them. Nonetheless, Ahab's partial refusal, gets back to Ben-Hadad, and needless-to-say, the Syrian king seems irritated by Ahab's reply, when it came to his newest demands. So he sends a message back to Ahab, saying: "May the gods deal with me, be it ever so severely, if enough dust remains in Samaria to give each of my men a handful."

Now after hearing this, Ahab seems offended behind Ben-Hadad's arrogance and greed, and so therefore, responds back, by saying: "One who puts on his armor should not boast like the one who takes it off." Now when Ben-Hadad had heard this, he was sitting in one of the many pavilions, along with the other thirty-two kings that had accompanied him, and they were all getting drunk. And it would be immediately at this time, Ben-Hadad shouted out to them: "Prepare to attack!"

Ahab Gets An Unexpected Visitor


Now meanwhile, back at Ahab's palace, the Sacred Record reveals that the king gets an unexpected visitor. For we find that Ahab has received favor, by getting counsel from one of the Lord's prophets. Now honestly, one must ask themselves: "Could that be right, Ahab receiving counsel from a true prophet of God?" I mean after all, why would God, at this point in time, help the wicked king Ahab? And actually, one can't help but to think, that at the very least, this would seem like a puzzling change of events. But we must keep in mind, that when it comes to God, He likes for things to happen from within a particular order; from within a particular season.


Now remember that God had given prophet Elijah, a set of instructions which consisted of three phases:

First Phase : Elijah was to anoint Hazael to be king over Aram (a.k.a. Syria). Know that this has not, and can not, be done yet; being that Ben-Hadad is still king over Aram. And besides, Hazael has to be put in a position, to even be able to take over as king, keep in mind, this hasn't happen yet.

Second Phase : Elijah was to anoint Jehu to be king over Israel. Well the problem with that happening now, deals with the fact, Ahab is still king over Israel. So this can't happen just yet. And just like Hazael, Jehu has to be placed in a position, to take over as king, and the season for him to do so, hasn't happen yet.

Third Phase : Elijah was to find Elisha, and make him his successor. Remember that Elijah has indeed, already found Elisha. However, Elijah must now train and prepare his apprentice, so that Elisha can successfully, become his successor.

So you see, other things must be taken care of first, before the end goal at this point in time, can take place. But in the meantime, God will use Ahab, and Ben-hadad's current situation, to begin the process, when it comes to eventually removing, both kings from their thrones.

Now who was this mysterious prophet, the Lord had sent to help aid Ahab, when it came to, what seemed like a dire situation, from within Israel's history? And then again, was the prophet there to help, or to simply foretell, about the king's demise? In the meantime, the Syrian king has ordered his army to attack; will Ben-Hadad and his "Thirty-Two Kings of Mass Destruction" be too much, for God's chosen people to handle? Who knows, perhaps, Ahab will avoid all of this, by realizing he's over matched, and gives in, to all of Ben-Had's demands?