What To Expect Next From Our Journey

Now my excuse for this type of thinking, when it comes to one's approach for this next stage. Deals with the notion, that I believe, that there's some very important information, that the Word of God reveals to us, which starts at the very beginning of this stage's content makeup

Not only have we finally finished the book of Genesis, but we have also reached the end, of what most would call, the Patriarchal Stage. However, as we journey further, we're now entering into what is known, as the Exodus Stage. Now I want to point out, this stage covers a period of 325 years. And from within this period, we'll explore some major events. Know that these recorded accounts, will deal with the Israelites captivity that had taken place from within the kingdom of Egypt.

Then as we move forward, we'll begin to delve into the recorded account that deals with the birth of Moses, and his divine calling from the Lord. And it's with this divine calling, God uses Moses to deliver the Israelites from their Egyptian captivity. Understand that there will be plenty to cover from within this stage. We'll also take a look at events that dealt with the presenting of the Ten Commandments, and the building of the Tabernacle. 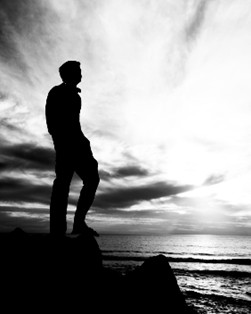 Nevertheless, when it comes to our journey; know that it has taken us through the first recorded 2369 years of mankind.

And from within those travels, we have explored recorded accounts that have dealt with:

God's overall creation; along with the Rise of Humanity; and the Fall of Mankind.

And it's during these recorded events, we'd also read about Adam and Eve's son Cain, for he was the first recorded murderer, from within the Sacred Record.

And soon after, we were introduced to the first recorded prophet, for he was a man, who was named Enoch.

"Now Enoch, the seventh from Adam, prophesied about these men also, saying: 'Behold, the Lord comes with ten thousands of His saints, to execute judgment on all, to convict all who are ungodly among them of all their ungodly deeds which they have committed in an ungodly way, and of all the harsh things which ungodly sinners have spoken against Him.'" -- Jude 1:14,15


Be that as it may, we'd also explored the recorded account that dealt with a man, who was named Noah; while also learning about the great ship that God had him build, which was simply known as the Ark. Now I'd like to think that most of us marveled, and appreciated, how at the time, God eventually used Noah's household to save humanity, while in the process, using the Great Flood to usher in a new world:

Now also remember, it was at this time, God would make a covenant with humanity: "Thus I establish My covenant with you: Never again shall all flesh be cut off by the waters of the flood. Never again shall  there be a flood to destroy the earth. And God also said: 'This is the sign of the covenant, of which I make between Me and you, and every living creature that is with you, for perpetual generations: For I have set My rainbow in the cloud, and it shall be the sign of the covenant, that I have made between Me and the earth.'" -- Genesis 9:11-13

The Table of Nations

Now it's from this point forward, we'd journeyed into the next chapter, which was Genesis' 10th Chapter. And it was at this time, we were introduced to the recorded account that dealt with the Table of Nations. Now personally, I believe that this particular record, seems to go unnoticed by most. But I like to think, it's perhaps, one of the most significant recorded accounts that's found from within the Word of God.

Understand that this recorded account, reveals insight, in regard to the early beginnings, when it comes to the different civilizations that had made a significant impact, from within the human race. Now what this basically means, is that the Word of God had given us insight, into an era that dealt with how the human race, had begun to develop different cultures, and technologies, from within itself.

Now I know that this may seem trivial to most. But I want you to know, personally, I find this recorded account to be extremely fascinating and interesting. And the reason why I believe this to be, deals with the simple fact that even if you were to trace the ancestry of each civilization, to those that exists today, you'll find that they all, would eventually trace back, to the Table of Nations.

The Table of Nations

Now personally, what I find to be very interesting, is that the Sacred Record reveals in the very next chapter (which is Genesis' 11th chapter) how mankind had decided to try it's first attempt, at establishing some sort of one world power, or government, if you prefer, through what would eventually be known, as The Tower of Babel. And it would be during this time, the Sacred Record informs us, God would destroy this tower, before the human race was able to finish it.

And it's for this reason, that from this point forward, God would divide the human race, by confusing its language, from amongst itself. And on top of this, God would also scatter humanity abroad. Now I want you to notice, how quickly all of this had happened, for it happened, right after the record, that dealt with the Table of Nations.

Now I'm basically pointing all of this out, for I want you to know that during the time, the Table of Nations record was presented. Understand that the human race had not yet been divided. For I want to make it clear, that the human race was still operating as a whole. Now perhaps, this is why this particular record, often goes unnoticed by most Bible teachers and church leaders. For it's possible, most would simply see the Table of Nations, as just being another genealogy record.

But I also want you to know, I hold true to the notion, there's more to this record. For I like to look at it from a prophetic type of perspective. And the reason for this approach, deals with the fact that the human race would indeed, end up being divided and scatter abroad, shortly after the Table of Nations had been recorded.

But you know what? I'll go ahead and play nice, by leaving this matter alone for right now :) Besides, it time for us to move forward. Wouldn't you agree? Okay then, let's go forth. Now after the record that dealt with the Table of Nations, we were then introduced, to what most would call Patriarchal Stage. And again, it's from within this stage, where we'd learned about Israel's great patriarchs: Abraham, Isaac and Jacob.

However, when it comes to our current stage, a stage that most would call: The Exodus Stage. Now if you have been following along for awhile, you'd know how I hate labeling things, but for the sake of studying and some extra clarity, I'd like to think that it's definitely worth mentioning, when it comes to this next phase, we're about to enter and journey through.

It Pays to be Patient

Nonetheless, with that being stated, understand that the The Exodus Stage title, is what I see as a rather broad term. And I'm pointing this out, because such a title, could cause one to overlook some very important things, especially from the very beginning of its introduction. And it's for this reason, I tend to approach this stage with tremendous patience, and with an eye for detail.

I've found that if one were to rush into this stage, there's a tendency for one to delve right into the record that deals with Moses and his divine calling. Now personally, I like to think, this would be a very big mistake. Now my excuse for this type of thinking, when it comes to one's approach for this next stage. Deals with the notion, that there's some very important information that the Word of God reveals to us, which starts at the very beginning of this stage's content makeup.

Now the reason why I find this information to be crucial, deals with the idea that it sets the stage, on what's happening from within the Egyptian kingdom, at this point in history. And on top of this, the Sacred Record also sheds some insight, on why the Israelites ended up paying the price of bondage, for a very long season. Now I also like to think, this information does a good job of aligning the Sacred Scriptures, alongside a secular historic record, which in turn, helps to add more validity and credibility, when it comes to God's Word.

Ahem... Honestly, I know that I will be rebuked for that last statement, as there will be some that will stress: "That the Word of God needs no defense. For we shouldn't have to remind you Antonio, that it can stand on its own." And you know what. I totally agree. But since it's in the Sacred Scriptures, then may I ask you: What's wrong with mentioning it?

And on top of this, know that the Sacred Record also tells us, this new Pharaoh did not know about Joseph, or his past contributions to the land of Egypt. For these were contributions that had brought the Egyptian empire, through a major seven year famine that had ravaged their lands, not so long ago:

"Joseph died, along with all his brothers, and all that generation that had lived during his day. But in spite of this, the children of Israel were fruitful, as they'd increased abundantly, while multiplying, as they'd grew exceedingly mighty. And it's for this reason, that the land was filled with them. And it was at that time, that there arose a new king over Egypt. For he was a king, who did not know Joseph." -- Exodus 1:6-8

Next up: We'll take a quick look at this new Pharaoh that has been recorded from within this period of Egypt's history. And honestly, I know that when I'd first started study this recorded account some years back, I couldn't understand why a new Pharaoh would not have known Joseph? You would think that after all that Joseph had done for the Egyptian empire, how could he not know of him? Nonetheless, I will attempt to answer this question in the next article, as we prepare to journey farther into the book of Exodus.