The Adopted Son of Egypt?

And it's at this time, that the daughter of Pharaoh would open the ark, and it's at this moment that she found a crying baby Moses: "And when she had opened it, she saw the child, and behold, the baby wept. So she had compassion on him, and said: 'This is one of the Hebrews' children.'" -- Exodus 2:6


In the last article, we'd took a look at the possible family connection between Moses' parents Amram and Jochebed. I sort of took the long way around, in order to point out, how it's quite possible that Amram and Jochebed were cousins, and not brother and sister, or auntie and nephew -- as some would teach and preach. We also took a look at how the Scriptures had made it clear, that Moses had descended from the Levites. Now I'd like to think that this little detail is important, since the Levites, are where the Levitical priesthood would eventually stem from. 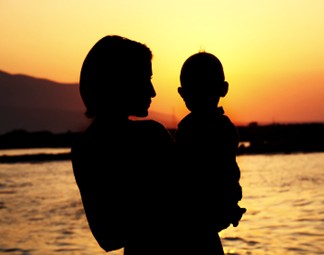 And not only that, Moses somewhat marks the beginning, in which once again, a personal connection with Lord would be reestablished

Now keep in mind, that most Bible teachers would disagree with me, when it comes to holding this type of viewpoint.

But understand, that I'm basing such a notion -- on the fact, that after the death of Joseph had taken place, there simply weren't any indication by the Scriptures, that a personal spiritual connection had been maintained with the Israelites.


And of course, God was still moving on the behalf of the Israelites. But when it came to that one person, in which the Spirit of God would specifically moved through (just like God's Spirit had done, with Israel's forefathers) -- it would seem, that such a spiritual relationship (when it came to God and man) was no longer in play, after the death of Joseph.

For you see, God always had some type of direct spiritual communication going on with somebody. For He was always found to be working through somebody -- just like He did with Adam, or with Enoch, or with Noah, or with Shem, or with Abraham, Issac and Jacob, and even through Joseph -- know that God had always personally worked through somebody.

And it's for this reason, we should be constantly reminded, of how fortunate, and appreciative we should be, when it comes to being able to have direct access to the Holy Spirit -- in which I'd like to think, is a wonderful gift, that has been given to us by God Himself. Know that it's because of our direct access to this gift, that affords us this special, and very unique privilege, when it comes to having a personal spiritual relationship with the Lord.


However that may have been, in the last article -- we'd also learned how Pharaoh's bloody campaign had intensified, when it came to the execution of the Hebrew male babies. For the campaign had reached a point, to where Moses' parents: Amram and Jochebed could no longer hide him from the Egyptians. And because of this, Jochebed would eventually come up with a plan, that would hopefully, ensure the safety of the baby Moses for awhile longer:

"But when Jochebed could hide her child no longer, she got a papyrus basket for him, and coated it with tar and pitch. Next, she places the child in the basket. And  after she does this, she puts her baby among the reeds, which ran along the bank of the Nile. While in the meantime, Moses' sister stood at a distance to see what would happen to him." -- Exodus 2:3,4

Now from within this particular article, we find ourselves picking up from this point. And it's at this time, the Scriptures reveal to us, that Pharaoh's daughter had decided to go down and bathe at the river. This short trip, would include Her and her maidens. And it's at this time, they would find themselves walking along the riverside, or the banks of the river -- when the daughter of Pharaoh had spotted the ark amongst the reeds -- which were the very reeds, that Jochebed had placed the baby Moses into.


Pharaoh's Daughter - Did Miriam Serve Under Her?


Now Pharaoh's daughter would send one of her maidservants to go and retrieve the ark from the reeds, and after doing so, bring the basket back to her. Now the maiden would do as she was told, for she brought the ark back to Pharaoh's daughter. And it's at this time, that the daughter of Pharaoh had opened the ark. And it would be at that moment, that she found a crying baby Moses: "And when she had opened it, she saw the child, and behold, the baby wept. So she had compassion on him, and said: 'This is one of the Hebrews' children.'" -- Exodus 2:6

Now pay close attention, because things are about to get interesting from within the Egyptian kingdom from this point forward -- and not necessarily for the reasons you might think. First off, notice what happens in the next verse: "Then his sister Miriam said to Pharaoh's daughter: 'Shall I go and call a nurse for you from the Hebrew women, so that she may nurse the child for you?'" -- Exodus 2:7

Now again, notice how Miriam wasn't immediately dismissed when she approached the group of royals, after she had been standing afar off, waiting and watching to see, what was to become of her little brother. And again, on top of that, Pharaoh's daughter was open to her counsel, when it came to the baby Moses. However, as we move forward, we now find that Moses' mother Jochebed -- comes back into the picture: "Then Pharaoh's daughter said to her: 'Take this child away and nurse him for me, and I will give you your wages.' So the woman [Jochebed] took the child and nursed him." -- Exodus 2:9

Now again, I find all of this to be fascinating, being that Jochebed had to give up her son, in order to save him from the bloody hands of the Egyptians -- and now she finds herself receiving her child back, through those very same bloody hands.


Why Did Pharaoh's Daughter -- Take Such A Huge Risk?


Nonetheless, let's go deeper, by peeling back some more layers, when it comes to what's happening now, from within the Egyptian empire. Now very briefly, I want to revisit a certain area, because any rational human being would question the events, that are now happening from within the Scriptures. Questions that would deal with things, such as to: "Why would the daughter of the same Pharaoh, who ordered the execution of such babies, take this kind of risk?" But the question should be: "Was this the daughter of the same Pharaoh that had given the bloody edict, in the first place?"

Understand that it's very possible that at this time, the current reigning Pharaoh which would have been Amenhotep the First had just died. For historians have placed the years in which he ruled, between (1526 - 1506 BC) And the end of his reign, is placed around the events, that we are discussing right now on this page. Now pay close attention, because after Amenhotep's passing, understand that his military commander, who was known as Thutmose the First -- had assumed the throne.

Now the reason for this, deals simply with the fact, that Amenhotep didn't have an heir of his very own. And perhaps, this would further explain why Amenhotep would put forth a bloody edict such as this, when it came to the Hebrew male babies. However, it's also presumed by some historians, that he had made Thutmose is co-regent before he had died. Understand that when one has a co-regent arrangement -- know that this basically means, that there were two who shared a monarchical post, instead of one. Now this could have happened, if Amenhotep had perhaps, suffered a very slow death.


The Name Moses - Both Egyptian & Hebrew?


Now let's take a closer look at the name "Thutmose" for a moment. First off, I want you to notice the element "mose" from within the overall name. Know that "mose" signifies "born" in Egyptian. Also notice, how that element closely resembles the name "Moses" which means "to draw out" in Hebrew. Now I'm pointing this out, because this could be a clear indication, that the name "Moses" -- was both Hebrew and Egyptian. And not just Hebrew, as most would teach and preach.

Now this is also a possible indication, that Thutmose had already assumed the throne around the time that Moses was found, for it was the same daughter of Pharaoh, who'd received Moses back after he had grown older: "And the child grew, and she brought him to Pharaoh's daughter, and he became her son. So she called his name Moses, saying: 'Because I drew him out of the water.'" -- Exodus 2:10


Now as we'd just learned, Moses for a brief time, was reunited with his real mother, so she could nurse him, while she brought him through those early fragile stages of his infant life. But now he has grown older, and he has been placed back into Pharaoh's daughter care. What happens next for Moses? Will he be able to get along with the Egyptians? What role will he now play at this point from within his life?


Joseph the Overseer of Egypt