Taking A Closer Look At Their Fall & Why It Matters

They were an influential Semitic group of people that had came from the east, and they had begun to gradually take over parts of the Egyptian kingdom. During this period of decline, the sections that this Semitic group of people were able to eventually control, was known as Middle Egypt and Lower Egypt. All of this had taken place, while the Fourteenth Royal Dynasty continued to rule Upper Egypt.


In the last article, I'd attempted to setup our next phase, as we find ourselves journeying deeper into God's Word. I'd did a short recap that dealt with a brief overall, when it came to the book of Genesis. And it was during that moment, I decided to do a quick reminder, when it came to the recorded accounts that we had already journeyed through. I'd also mentioned that we needed to be careful, as we venture forth into the book of Exodus. And the reason why I'd stress this, dealt with my concern of getting too caught up, in what the title seems to portray.

For I wanted you to know that the title (The Exodus Stage) is in itself, a broad term. And with the title being such a broad term, it could easily cause one to have an expectation that could result in one, overlooking some very important information, from within the Scriptures. Important information which was revealed, from the very start of this next stage. 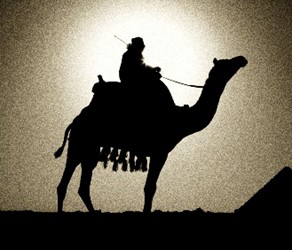 Now I'd also pointed out that the Scriptures in which I'm referring to, deals with the first 14 verses that ended up, making up the first chapter of Exodus. And it's from within these Scriptures, we're told about a new Pharaoh that had came to power, after Joseph had passed away. Now the reason why I feel this information to be important, deals with the fact, the Sacred Record informs us, this new Pharaoh did not know Joseph. Nor did the Egyptian Ruler know about the tremendous contributions, Joseph had made to the Egyptian Empire as an whole:

"Joseph died, along with all his brothers, and all that generation that had lived during his day. But in spite of this, the children of Israel were fruitful, as they'd increased abundantly, while multiplying, as they'd grew exceedingly mighty. And it's for this reason, that the land was filled with them. And it was at that time, that there arose a new king over Egypt. For he was a king, who did not know Joseph." -- Exodus 1:6-8

Now I'm pointing all of this out, because my concern deals with how one, could easily be lead into adopting a perception that is more in line, with the historic royal traditions that the world knows of, when it comes to the Egyptian kingdom. Notice, how up to this point from within our journey, the Sacred Record didn't mention the different Pharaoh's that had fallen, or risen, during the days of Joseph.

And honestly, a person could have easily assumed, the same Pharaoh was reigning throughout Joseph's entire recorded account, especially since there wasn't any kind of genealogy that was mentioned, when it came to the Pharaohs' and their lineage. And it's for this reason, I'm mentioning this, for I'd like to think, this is very important to know.

You see, I want you to understand, it was a certain royal family dynasty that was ruling throughout Joseph's recorded account, and not just one particular Pharaoh. Now unfortunately, the Scared Record doesn't mention these details. And it's for this reason, one could easily make the mistake, of automatically assuming, the Pharaoh that we had thought, was ruling Egypt from throughout the entire recorded account of Joseph, had finally died. Which could easily lead one to believe, it was Pharaoh's son that had finally taken over the throne.

Now to make this clear, it would probably help if we did a quick summary on what we've already covered, when it comes to Joseph. Yeah I know, but it's important, and besides, trust me, the extra leg work, will be well worth it. Now when it comes to Joseph (and if you have been following along with me) you will know, he was 17 years of age, he was betrayed by his brothers. And it was because of this betrayal, he was eventually sold into slavery.

Actually, Joseph would again be sold. But this time around, he would be sold into the hands of the Egyptians. But in spite of his newly found hardships, Joseph would immediately find favor amongst his new Egyptian masters. And it would be because of this favor, he would eventually be elevated to a very high ranking royal position from within the Egyptian kingdom. For this would be a royal position that eventually, had made him the second most powerful person, from within the great Egyptian empire.

Now again, in normal situations, this would be unheard of. And if one were to be honest, impossible to believe. For one could easily find themselves saying: "Seriously! A foreign prisoner, becoming the second most powerful ruler, in the land, he was once a prisoner of, yeah right?"

Now Joseph's situation was made possible, because according to Egypt's very own secular historical records, they were in fact, in total disarray as a nation. Their decline as a nation, started with poor leadership, which lead to bad governing. Now keep in mind, all of this began to take place, after Egypt's 13th royal family dynasty had begun to take over.

Understand that at this time, this 13th family dynasty had ruled all of Egypt. But unfortunately for them, they would prove to be inept, when it came to running the Egyptian kingdom. And it was for this reason, Egypt had went into a steep decline as a nation. Now I also want to point out, this decline would continue throughout Egypt's 14th royal family dynasty.

And it would be during this time, history reveals, a very powerful and influential Semitic group of people that had came from the east, had begun to gradually take over parts of the Egyptian kingdom. Understand that during this period of decline, the sections that this Semitic group of people were able to eventually control, was known as Middle Egypt and Lower Egypt. All of this had taken place, while the Fourteenth Royal Dynasty continued to rule Upper Egypt.

Now when it comes to this Semitic group of people, the ones who had taken over the lower parts of Egypt. Know that from history, they would eventually be known as the notorious Hyksos kings. For they were the founders of Egypt's infamous Fifteenth Royal Dynasty. Now I also want to point out, the word "Hyksos" simply means: foreign chiefs. In which their reign in Egypt, would last for about 108 years.

Now also at this time, I want to point out, Joseph's great uncle Ishmael, was the founder of the Twelve Arabian Tribes. And since this group had came from the east, it's very well likely, they were from an Arabian descent. Now if this was the case, this would mean, Joseph had a lot more in common with the Hyksos kings, than the Egyptians did.

Now this would put things in a much better perspective. For you see, since a foreign ruler had taken the throne, and was seen as a "usurper" amongst the Egyptians, one should be able to see, when it came to the way things were operating from within the Egyptian kingdom, were now being done completely different from their historic traditions.

Now the perception becomes even more clearer, if one were to consider the notion that it's very well possible, the Hyksos dynasty had very little trust, when it came to the Egyptians that were forced to work in their administration. So why not make someone that they could trust, you know, someone who was perhaps, a distant cousin, second in command?

Nevertheless, we're now at a point, where we find that the rule of the Hyksos kings had finally came to an end. Their fall began, when Egypt's Seventeenth Royal Dynasty (who at the time ruled Upper Egypt) had went to war, by attacking the Hyksos kingdom (remember they'd ruled all of lower Egypt.) And this war happened, under the rule of the Pharaoh who was named Sekenenra Taa, in which he was also known, as The Brave.

Now this war would continue throughout the reign of his son Kamose (for he was the last recorded Pharaoh of the Seventeenth Royal Dynasty.) Now when it comes to the war that Kamose had continued to wield against the Hyksos kingdom, know that it would eventually open the door for his brother Ahmose I, also known as Aahmes, to come in and finally end the rule of the Hyksos dynasty once and for all.

And it would be at this time, once again, all of Egypt would be ruled by one royal dynasty, instead of two. And because of what had taken place, this would usher in, what the Egyptians would call The New Kingdom. And this new period would start off with Ahmose I, who is credited as being the Pharaoh and founder, of the Egyptian Eighteenth Royal Dynasty.

Now we'll continue to look at the rise of this new Pharaoh that did not know about Joseph, or his contributions to the Egyptian kingdom, from within the next article. And with the rise of this new Pharaoh, and with the fall of the Hyskos kingdom, we'll now find that things were about to turn for the worse, when it came to the Israelites. Also while we're here, where does the very popular Ramesses II fit in all of this? Or does he fit at all?