A Season of Affliction Approaching

Now that time has now passed, and the Hyksos kings (for they were the ones, who the Israelites had favor with) are no longer in existence. And make no mistake, the new Pharaoh has very different plans, when it comes to the Israelites.

In the last couple of articles, we've been taking a closer look at the new Pharaoh that had risen, after the fall of the Hyksos Family Dynasties. For it would would be at this time, we are learning that the new Egyptian ruler did not know Joseph, nor did he care to know, when it came to the God that Joseph had served. And it's for this reason, I'd decided to have us take a closer look, at who this Pharaoh may have been. This way we can have a better understanding, on why this particular Pharaoh, did not know of Joseph, his accomplishments, or his God. Now remember, this Pharaoh was the founder of the new Eighteenth Egyptian Royal Family Dynasty. 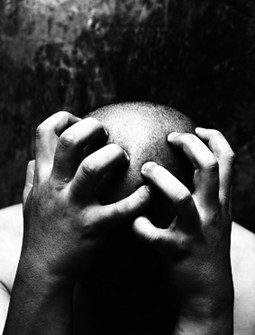 It would be this Eighteenth Dynasty that would be responsible, for defeating and ending the reign of the Hyksos kings.

Remember, the Hyksos Empire had lasted throughout both the Fifteenth and Sixteenth Royal Family Dynasties.

Understand, it was the family dynasties of the Hyksos kings that the Israel nation had gained favor with:


This came about, because of Joseph's timely and very invaluable contributions, when it came to the Egyptian kingdom as an whole.

Be that as it may, time has now passed, and the Hyksos kings are no longer in charge. And make no mistake, the new Pharaoh have very different plans, when it comes to the Israelites. He begins this change, by convincing the Egyptian people (or most likely gave a decree) that the Israelites had grown into some kind of threat, and that they could no longer be trusted:

"And he said to his people: 'Look, the people of the children of Israel are more and mightier than we; come, let us deal shrewdly with them, lest they multiply, and it happen, in the event of war, that they also join our enemies and fight against us, and so go up out of the land.'" -- Exodus 1:9,10

And after hearing what the new Pharaoh had declared, when it came to the Israelites -- the Egyptians believed (and obeyed) their new Egyptian Ruler. And it's for this reason, they'd turned on the Israelites, and by doing so, they began to afflict them. And the Egyptians did these unfortunate things, in spite of the tremendous contributions, that were made by Joseph when he was alive: "Therefore they set taskmasters over them to afflict them with their burdens. And they built for Pharaoh supply cities, Pithom and Raamses." -- Exodus 1:11

According to the Scriptures, this would be just the beginning of Israel's affliction: "But the more they afflicted them, the more they multiplied and grew. And they were in dread of the children of Israel. So the Egyptians made the children of Israel serve with rigor. And they made their lives bitter with hard bondage... in mortar, in brick, and in all manner of service in the field. All their service in which they made them serve was with rigor." -- Exodus 1:12-14

Turning On The Israelites

Now I want you to understand, Israel's season of affliction would come, not because the Israelites were being trouble makers, or causing strife from within the Egyptian kingdom. This was simply happening, because of the Egyptians pride and vainglory. I mean after all, the Egyptians had begun to actually think (thanks to their new Ruler): "Who do these Israelites think they are?"

Remember, even though the Israelites had dwelled in the Egyptian kingdom, they weren't necessarily apart of that kingdom. For you must understand, the Israelites didn't intermingle with the Egyptian population; they didn't compromise their beliefs, in order for them to fit in, when it came to the God that they were serving; and they most definitely, didn't make the fatal mistake, of serving the false gods of the Egyptians.

I mean after all, according to the Egyptians, these Israelites should be thankful that they are able to be apart of a kingdom that is so glorious and magnificent, right? And with them now being equipped with such a prideful and arrogant mindset, the Egyptians set out to destroy the Israelites. And they would do this, not necessarily by putting them to death; but, by both, a spiritual and mental death. For this is a death that included breaking both one's will, and one's spirituality.

For the Egyptians knew that if they could break the spiritual and mental will of the Israelites, then perhaps , they could suppress their growth as a people as well. And if this were to happen, then maybe, just maybe, they could get them to come away from the One True God that they had committed themselves over to serving.

Now one could easily find themselves wondering: "Why would God allow such a thing to happen, when it came to the people that He had made a covenant with? Which is also the very people, He had vowed to also protect? I mean after all, what did the Israelites do that would garner such a season of affliction of this magnitude?"

Now to be fair, the Sacred Scriptures do make it clear, God was still with the Israelites. Because honestly, if He wasn't, there was no way, the Israelites would have prospered up to this point (especially when one considers their unusual extreme circumstances) when it came to their growth, both in spirit and prosperity: "But the more they afflicted them, the more they multiplied and grew. And they were in dread of the children of Israel." -- Exodus 1:12

Now it's obvious that from a natural perception, it would look as if the Israelites were suffering unfairly by the hands of the unjust, for no apparent reason (apart from the pride and vainglory of the Egyptians.) But remember the advantage that the Sacred Scriptures has given us, for we must keep in mind, at the time, the Israelites weren't privy to the ability, to be able to look beyond their limited natural perceptions, like were able to do, thanks to the Word of God.

For the Sacred Scriptures, gives us the invaluable capability to see how God was moving in the natural during that time. And even more importantly, the Sacred Record shows us, how God was still moving on the Israelites behalf as well. Even when it seemed like God had abandoned them in their moment of great need. And actually, the Sacred Record reveals that the Lord was still providing, and protecting the Israelites from even greater dangers.

Now after reading that last statement, one could easily wonder, while putting forth the question: "What! How so? How could there be a greater danger for the Israelites, than what the Egyptians were doing to them at this time?" And you know what, if I were to be honest, perhaps I could easily be standing right alongside that person wondering the same thing, waiting for an answer myself.

In the next article, we'll take a look at these unforeseen dangers, and how God was preparing the Israelites to eventually rise to the challenges that were facing them. We'll also take a look at how God, had already foretold about the ordeal that the Israelites were now facing. And we also have the pleasure, at looking at another so-called contradiction that the Bible critics love to spew out of their mouths. Oh, how lovely!