Naaman went away angry, thinking: "I thought that the prophet would surely come out to me and stand, and call on the name of the Lord, his God, wave his hand over my body, and cure me of my leprosy. Are not Abana and Pharpar, the rivers of Damascus, better than any of the waters of Israel? Couldn't I'd wash in them and be cleansed?"

In the last article, we'd learned that while Elisha was visiting one of his prophet academies, from within the town, that was known as Gilgal. We'd learned that it was during this time, Elisha told one of the student prophets that was there, to go out and gather up some ingredients, so that they could prepare a meal, for all the student prophets that were there at the academy. Needless-to-say, the student would do as he was instructed. But what he didn't know, is that while he was out picking the ingredients, he had accidentally pick some poisonous wild gourds. And it was for this reason, the meal that was prepared later that day, would end up being poisoned. 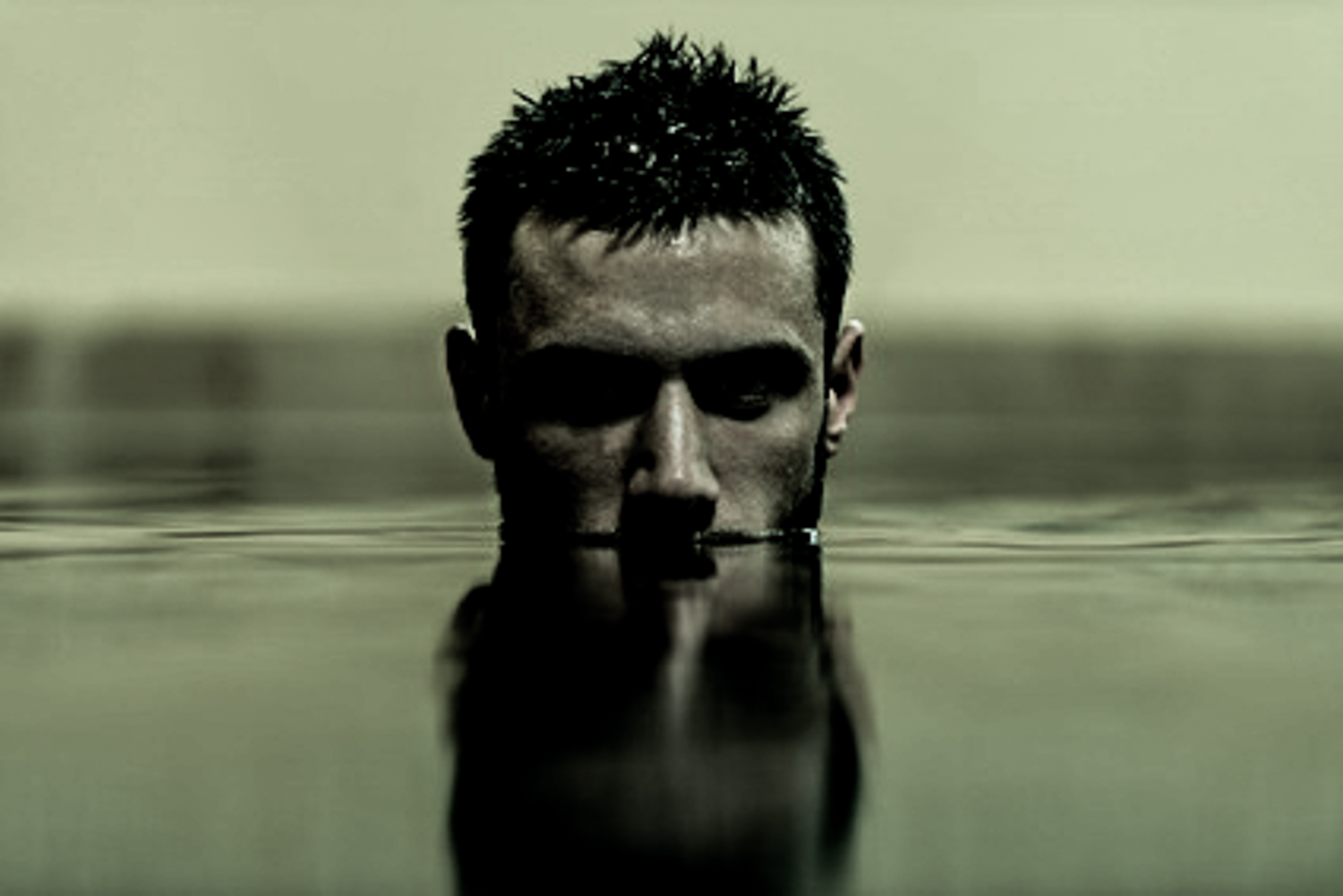 But fortunately for the students, before they had taken a bite, they were able to tell that something wasn't quite right, when it came to their meal. So they ended up telling Elisha about it, and after he had heard this report, the prophet would be able to miraculously quell the poisonous danger that was lurking from within pot. And it was for this reason, the prophets' meal would now be safe to eat.

Nonetheless, we now begin to move forward from within our journey. Now it would be at this point, where we find ourselves being introduced to Naaman. For the Sacred Record informs us, that he was a celebrated Syrian commander. And not only that, but he was also a great man that was rich, and very successful, when it came to both his personal life, and military campaigns. But unfortunately for this man, we also learned, amongst all of his achievements, and accolades, they weren't enough to keep him from suffering from a devastating diseased affliction, that was known as leprosy.


Have You Heard of Elisha?


Nonetheless, as we move forward, we find that later on, Naaman was conducting a military campaign against Israel. And it was during this campaign, an Israelite girl was taken prisoner. Now this girl was made to be a servant, for the Syrian commander's wife. And although this servant was taken against her will, the Naaman household would benefit greatly from having her around. For you see, this young Israelite girl would be able to witness first hand, Naaman's personal battle, when it came to his diseased leprosy affliction.

Be that as it may, there would be a day, in which the Israelite servant girl, would say to Naaman's wife: "If only my master would see the prophet who is in Samaria, He would cure him of his leprosy." Now this statement would definitely get Naaman's wife's attention. So much so, the next time she would see her husband, she ended up telling him about the prophet, the young servant girl had just told her about.

Naaman Gets Permission from His King

After hearing this, Naaman would then go, and tell his king, Ben-Hadad, about this prophet that the servant girl had mentioned. And after Ben-Hadad had heard what his top commander had just told him, he responded by saying: "By all means go, I will send a letter to the Israel king on your behalf." After all, Naaman was Ben-Hadad's favorite, and most celebrated commander, so it made sense that the king wanted him to be healed.

Now after getting Ben-Hadad's permission, to be able to seek out the prophet that was known as Elisha, we find that Naaman would begin his journey without delay. But he wouldn't go empty handed, for we learned that Naaman had taken with him, $20,000 in sliver, $60,000 in gold, and ten sets of expensive clothing.

The Nerve of This Guy!

Now maybe Ben-Hadad the Syrian king felt, that since Jehoram was now the king over the lands, that the prophet resided at; maybe, just maybe, the Israel king could command Elisha, to heal Naaman. It's presumed that this was the case, because of what Ben-Hadad's letter had stated: "With this letter, I'm sending my servant Naaman to you, so that you may cure him of his leprosy."

Now when the Israel king had read Ben-Hadad's letter, needless-to-say, he became very upset and fearful. And it would be at this time, he began to tear his royal robe, saying in disgust: "Am I God? Can I kill, and bring back to life? Why does this fellow send someone to me, so that they could be cured of their leprosy? Take heed to how he is trying to pick a quarrel with me!"

Send Naaman to Me

Nonetheless, a short while later, word had gotten back to Elisha, when it came to how the Israel king had torn his robes, behind the request of Ben-Hadad the Syrian king. So the prophet sent Jehoram a message, asking him: "Why have you torn your robes? Have this man come to me, and he will surely know, that there truly is a prophet, of the Lord, in Israel."

Now after reading what Elisha had to say, Jehoram would do as the prophet had advised him. So he went ahead, and sent Naaman to the prophet's house. So the great Syrian commander set out to where Elisha was residing, traveling with his chariots, and horses in tow. Soon he would arrive at Elisha's front door.

Now instead of the prophet coming out to meet the great commander in person, the prophet sent his servant, to give Naaman a message: "Go and wash yourself seven times in the river Jordan; and your flesh will be restored, and you will be cleansed."

Now Naaman, a man who was found to be of high reputation, and position, felt like he had been disrespected by the prophet, especially since Elisha didn't take the time to come out, and meet with him personally. So he'd walked away, very angry; saying: "I thought that the prophet would surely come personally out to me, and stand, and call on the name of the Lord, his God; wave his hand over my body, and cure me of my leprosy. Are not Abana and Pharpar, the rivers of Damascus, better than any of the waters of Israel? Couldn't I had just washed in them, and been cleansed?"

Note: The two rivers that Naaman spoke of "Abana" and "Pharpar," were the two main rivers that flowed through the great Syrian city that's known as Damascus. I also like to point out that these two rivers, would eventually flow into the great Greek river, that is known as the "The Golden Stream." Understand that Naaman had thought very highly, of these rivers in particular, but he didn't think very highly of the rivers , that were found from within the land of Israel.

So Naaman soften his heart, as he'd listen to his servants. And after doing so, he went down to the river Jordan, so that he could dip in it seven times, just like Elisha had instructed him to do. Then all of a sudden, while he was dipping himself in the river Jordan, his flesh was restored, and it became new, like that of a young boy.

Now after Naaman had realized this, he became happy and joyful. So the Syrian commander, and all of his servants, went back to Elisha's house. Now when Naaman had finally stood in front of the prophet, he spoke these words: "Now I know that there is no God in all the world, except in Israel. Please accept now a gift from your servant." Now after hearing what Naaman had to say, Elisha replied: "As surely as the Lord lives, whom I serve, I will not accept a thing."

Note: Rimmon was one of Syria's pagan storm deities, that Ben-Hadad had made a constant effort to serve. And with him being in the very important position, Naaman was serving in, he was required to accompany the king, whenever he had entered into this temple, that was being dedicated to this deity.

Now that Naaman has finally been victorious, when it came to his personal battle with leprosy (thanks to Elisha and the miraculous healing that he'd received by the God of Israel.) Naaman departs from Elisha's presence, and it's during this time, we find that there's an onlooker who believes that Elisha allowed Naaman to get off a little bit too easy. Now who was this onlooker, and what does this person intend to do about it? How will Elisha respond to the actions of this person?