Jehoram finds that he has inherited a problem from Ahaziah his brother. And this problem deals with Mesha the king of Moab. For you see, Mesha had continued his rebellion against the nation of Israel; for this was a rebellion, that had started right after king Ahab's demise.

In the last article we learned, while Elisha was on his way, to the town that was known as Bethel, the prophet was confronted, by some townsmen (or juveniles if you prefer) who started mocking, and taunting him: "Elisha left Jericho and went up to Bethel. As he was walking along the road, a group of boys from the town began mocking and making fun of him. 'Go away, you baldhead!' they chanted. 'Go away, you baldhead!'" -- 2 Kings 2:23

After Elisha had heard, and seen these young men disrespecting him, the prophet turned around, and declared a cursed upon the juveniles: "So Elisha turned around and looked at them, and while doing so, he'd pronounced a curse on them, in the name of the Lord. And almost immediately, two female bears came out of the woods, and mauled 42 of the youths." -- 2 Kings 2:24 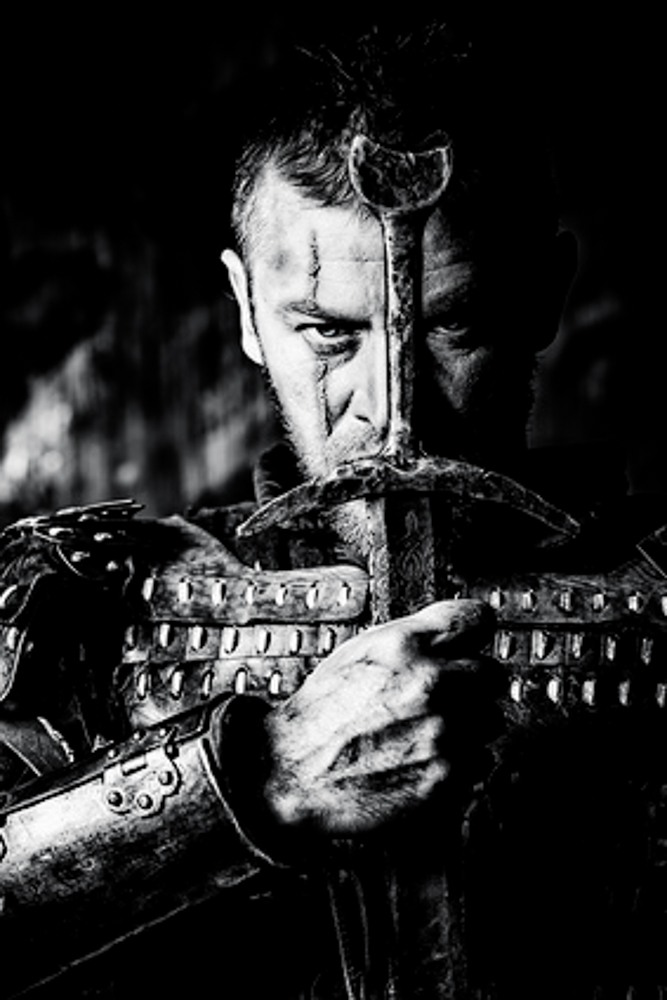 
As we continue to move forward, it's at this time, the Sacred Record turns our attention, back towards Ahab's household.

And it's at this moment, we find that Ahab's youngest son Jehoram, had now, just become the new king of Israel.

Understand, this would come about, after the unexpected death of his brother Ahaziah.

And just like his father, and brother, who'd reigned before him, we're now told, that he too, had done evil in the eyes of the Lord.

For you see, even though he was considered wicked. The Sacred Record makes it a point, to reveal, that he was not as malicious, as his father, and mother, Ahab and Jezebel.

Perhaps, this why Jehoram, had did away with the "Sacred Stone of Baal" that his father had made. But keep in mind, he didn't destroy the stone, he just simply set it aside, therefore putting the stone, out of sight. But in spite of this, the young Israel king, still held true to the pagan religion, that was simply known as Baalism. Jehoram continued practicing, the very paganistic religion, that had caused Israel to sin. And it was because of this, Israel had once again, turned away from the One True God.


Moving forward... we now find, that from the very start of his reign, Jehoram learns, that he has inherited a problem, from Ahaziah his brother, the Israel king, who had reigned before him. And make no mistake, this was no ordinary problem, for it dealt with Mesha, the king of Moab. Understand, Mesha had continued his rebellion, against the nation of Israel, for this was a rebellion, that had started right after king Ahab's demise. Mesha would start this anarchist movement, right after Ahab's older son Ahaziah, had just taken the throne.

I want you to know, Ahaziah had made the crucial mistake, of not trying to crush the Moabites' rebellion, while he was on the throne. But to be fair to Ahaziah, he probably couldn't have done so, even if he wanted to, being that he would spend, most of his short two year reign, suffering from a slow death. Remember, Ahaziah had fallen through the lattice of his palace, soon after he had inherited the throne. And because of this, Ahaziah's reign, would fall just short of two years. And to make matters worse, for Ahab's dynasty, he wasn't able to produce an heir, before his death.

And so now, our journey brings us, to his brother Jehoram. For he was the youngest, and the last of Ahab's sons. And now, he has taken over the throne, after his brother's death. And because of this, Jehoram would also inherit the revolt, that was never crushed, and is now being led by king Mesha.

Now I want to take this time, to point out Mesha's primary business. In which it dealt, with the raising of sheep. And the Moabite king, had been commanded to pay a certain amount, of tribute to Israel. Now this was being required of him, so that there could be an exchange, when it came to the two nations, being able to find peace, between the two of them.

So again, Mesha was making this payment tribute, all in the idea, of being able to have continued peace. However, the Moabite king would begin to have second thoughts, when it came to making this rather large payment, on a continuous basis. And it's for this reason, Mesha was beginning to feel the strain, of continuing to honor such a deal. For it was an agreement, that insisted Mesha, would provide Israel with 100,000 lambs, along with the wool, of 100,000 rams.

Needless-to-say, Mesha would no longer agree, to pay this tribute, after the death of Ahab. So the Moabite king became defiant, after Israel's new king Ahaziah, had taken the throne. And unfortunately for Ahaziah (possibly due to the severe injuries, that he had suffered from a tragic fall, soon after he had taken over the throne) wasn't able to put a quick end, to Mesha's rebellion, before it had gained momentum, from throughout the land.

Mesha's Rebellion Must Be Destroyed!

But unlike his brother before him, Jehoram had vowed to go out, and crush the revolt of Mesha, and the Moabites. So the new Israel king, would assemble, and levy the biggest army, he could form, from within the kingdom. But Jehoram wouldn't stop there, for we also find him reaching out to Jehoshaphat, the Judean king, asking him for assistance: "The king of Moab, has rebelled against me. Will you go with me to fight against Moab?" We find Jehoram asking Jehoshaphat.

Jehoshaphat would still reign, for eight years, after the death of Ahab. And since Ahab's son Ahaziah reign, was so brief (for it fell short of two years) we find that Jehoshaphat's reign, had actually overlapped, into the reign of Ahab's youngest son, Jehoram.

Now I also want to point out something else, for this could get a little confusing. Both kings had son's, that shared the same name "Jehoram." However, I will continue to address this as we move forward, but for right now, I wanted to make sure, you understood why Jehoshaphat, was still being mentioned, even though his death, had already been recorded, well before this account had even taken place.

Attacking Through The Desert of Edom

Nonetheless, after Jehoshaphat had heard Jehoram's request, he tells the Israel king: "I will go with you; I am as you are, my people as your people, my horses as your horses. But what route shall we attack?" And after hearing this, the Israel king Jehoshaphat shouted out, declaring: "Through the Desert of Edom."

Note: Edom was a vassal, under the Judean king Jehoshaphat. By Jehoram insisting on going through the desert of Edom, and by Jehoshaphat agreeing to join Jehoram's war campaign, against the Moabites, this would automatically bring the Edomites into the conflict. What this means, is that the Edomites really didn't have a say in the matter.

Now I also want to point out, it has been found, the Moabites were heavily fortified, towards the north of their lands. So in actuality, it made more sense, for Jehoram to attack them from the south. To put it simply, Marching through Edom, would allow the three kings, to attack the Moabites, at their most vulnerable spot.

Be that as it may, as we now move forward... after seven days of marching through the Desert of Edom, the armies that consisted of Israel, Judah, and Edom, discovered they'd ran out of water. Not only did they not have any more water, left for themselves, but they didn't have any water left, for their livestock either. And after word had made it back to the three kings, when it came to their current dilemma; Jehoram the Israel king cried out: "What! Has the Lord called us three kings together, only to hand us over to Moab?"

However, the Israel king, would be wrong in his assessment. For we must be reminded, God did not call them together. And as I reflect, perhaps, this was how he was able to get Jehoshaphat, the Judean king to join him in his fight, against the Moabites. For it's very well possible, Jehoram had convinced Jehoshaphat, he had some type of confirmation from God (perhaps through one of the Lord's prophets) when it came to him, entering into a war with the Moabites.

Jehoshaphat Was A God-fearing King

Now I'm only pointing this out, because it's well documented, Jehoshaphat was a God-fearing king, who always did his best, when it came to walking in the ways of the Lord. As a matter of fact, Jehoshaphat wouldn't even go to war with Jehoram's father Ahab, without first, seeking counsel from one of the Lord's prophets.

Now here we are, some years later, with Jehoshaphat once again, being willing to help Ahab's household, by supporting one of Ahab's sons in war.

So we've now entered into the record of Jehoram, the new king of Israel, and the Moabites rebellion; which was a rebellion, that was being lead by Mesha, the king of Moab. We also find, Jehoram would be able to get the help of both, Jehoshaphat the Judean king, and the Edomites. But now that they've ran into major war campaign problems. Will Jehoram finally turn to God, for help? Or will he continue blaming God, for his problems? Also, will God be willing to help Jehoram, even if he did, at this point, turn to Him for help?

15) Elisha and the She Bears