The Pot of Death

Elisha! There's Death in this Pot!

As they proceeded to pour the stew into the eating bowls, for the student prophets to have and eat. But immediately, they knew something was very wrong with the stew. And because of this, they'd called out to Elisha, saying: "O man of God, there is death in the pot!"

In the last couple of articles, we'd learned how Elisha ended up being blessed through the kindness of a stranger; a stranger who was simply known, from within the Scriptures, as the "Shunammite woman." It was because of his constant travels from within the area, where the Shunammite woman lived, that had given the woman over to the notion , that it would be very beneficial to the prophet, if he were to have his own room. For she belived, it would be a place, where he could not only eat, rest, and refresh himself, but it would also be a place, where Elisha could have a little bit more privacy. So she had taken it upon herself, to approach her husband with the ideal. And after hearing what his wife had to say, he agreed with her idea. 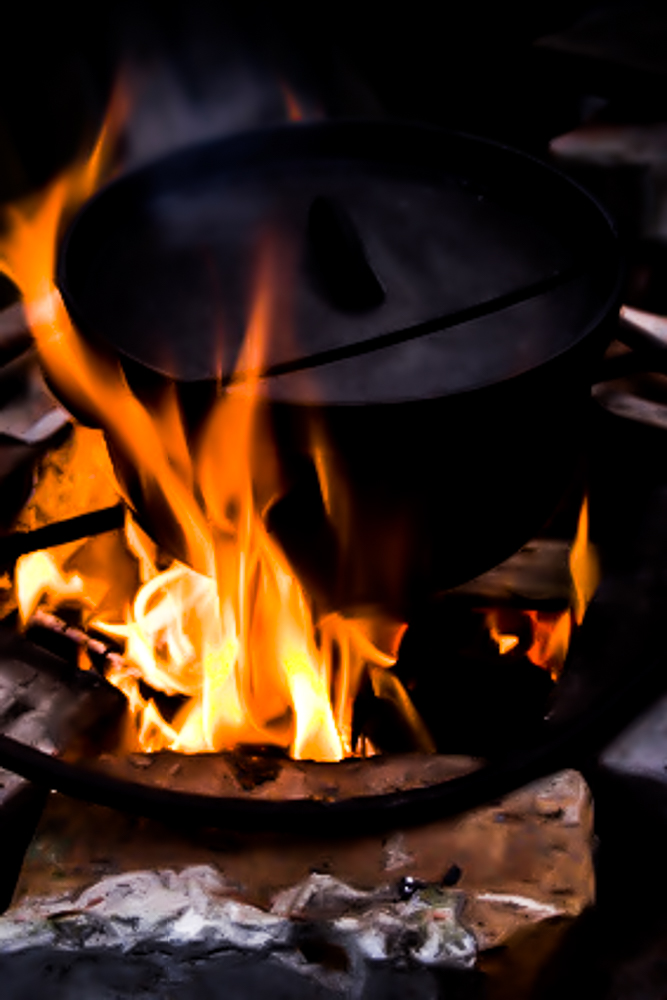 
Now after learning about the Shunammites' plans, Elisha showed his gratitude for their household, by providing the Shunammite woman (who was elderly) with a prophecy.

When it came to this prophecy, it revealed, that within the next year, she would bear her very first child.

Now this prophecy would prove to be a tremendous blessing, being that the Shunammite woman, was far beyond her child-bearing years.

And after the prophecy had came to pass, the Shunammite woman was found to have given birth to a son.

But unfortunately for their household, trouble would eventually ensue. For the Sacred Record reveals, the child had died, after he'd grew to be just a few years older. And needless-to-say, this event would turn out to be very devastating for the Shunammite household. And of course, this caused the woman to go out, and personally seek the prophet. For it was Elisha, who had spoken the blessing into her life to begin with.

Nonetheless, she would eventually find him, and upon doing so, she told him everything that just had happened, when it came to her son. Now after hearing this, Elisha would hurry back to the woman's household. And when he'd arrived, the Lord was able to use the prophet, when it came to bringing her son back to life. So all would end well, for the Shunammites' household.


However, be that as it may, we now move forward... and it's at this time, we find Elisha visiting another (what I like to call) prophet academy, which was located from within a town, that was known as Gilgal. It's at this time, the Scriptures begin to point out, that while the prophet was visiting, we're told, there was a famine that was going on, from within the land. Now for what reason, we're not told. For we don't even know, if the famine could've been some kind of divine judgment, that the Lord had enacted against the land, and its occupants.

Nonetheless, when it comes to the duration of this particular famine, some may say, it had lasted seven years. But in actuality, according to the Sacred Record, no time frame had been mention. Be that as it may, after Elisha had arrived, at what I'd like to call, the Gilgal Prophet Academy, we find that while he was meeting with the student prophets, he'd told his servant, to go and cook a large pot of stew, so that the students could eat.

There's Death In The Pot!

Now one of the students, had been designated to go out into the field, and pick some herbs for the stew, they were going to have. And while the student was out and about, he came across a wild vine. So he decided to pick some of its wild gourds, he did so, until the fold of his cloak was completely full with them. Now after this was done, the student prophet returned, and it's at this time, we find him cutting up the wild gourds that he'd collected from the wild vine. Now keep in mind, nobody knew what kind of wild gourds these were.

Nonetheless, as we move forward, we find that finally, the pot of stew was finished. So they proceeded to pour the stew into the eating bowls, for the student prophets to have and eat. But immediately, they knew something was very wrong with the stew. And because of this, they'd called out to Elisha, saying: "O man of God, there is death in the pot!"

Now after hearing this, Elisha responded by saying: "Bring me some flour." So they brought him some flour. And upon receiving it, the prophet poured the flour into the pot of stew. And after he'd done this, the stew would immediately cease from being poisonous. So now, because of Elisha, the stew had been purified, and was now safe to eat. So he instructed those that were there helping: "Serve it to the people so they can eat."

A Gift For Elisha

Now as some time had passed, the Sacred Record reveals, the famine was now starting to lift from the land. And it would be at this time, Elisha would be presented with a gift. Now when it comes to this gift, know that it had came from a man, who had traveled from Baal-Shalishah. Now when it came to this place, from where the man had came from (it's not known exactly where it was located) but some believe, it was a place that was located near Gilgal, the town at which, Elisha was visiting at the time.

Now when it comes to this gift, know that it had consisted of twenty loaves of bread, along with a sack of corn. Understand that this was considered, to be a very valuable gift, since the land had for some time, been constantly afflicted, by a severe famine. For you see, having a gift that consisted of food, was indeed quite valuable. I would also like to point out, this food was the "first fruits" that had came from the man's harvest of that year.


Now when Elisha had received the gift, he immediately told his servant: "Give it to the students to eat." However, there was a problem, for you see, although the gift of food was more than enough for Elisha; when the prophet wanted to give the gift to the students, this would prove to be, indeed a problem. For we must keep in mind, the Sacred Record reveals that there were 100 students, that had resided at the "Gilgal Prophet Academy." And the gift of food that Elisha had received, simply wasn't going to be enough, when it came to feeding all of the students. So after realizing this, Elisha's servant Gehazi, expressed his concern to his master: "How can I set this before 100 men?"

Now after hearing this, Elisha replied: "Go ahead and give it to the students to eat, for this is what the Lord says: 'They will eat, and have some left over.'" So Gehazi did as he was told, and went ahead and placed the twenty loaves of bread, and the sack of corn before the students. And after doing so, the men did eat until they were content. And surprisingly, there was some, still left over, just like Elisha had foretold.

Now that we just learned how God used Elisha, when it came to helping to sustain the student prophets of Gilgal, while the land was found to be, in the midst of a severe famine. We now move forward, and in the next article, we'll be introduced to a celebrated Syrian commander, that was known as Naaman. And although this soldier was great in the eyes of men, know that there was one battle, he just couldn't win on his own.

21) Shunammite's Son Raised From The Dead