Makes the First Move Against God and the Israelites

"You shall no longer give the people straw to make brick as before. Let them go and gather straw for themselves. And you shall lay on them the quota of bricks which they made before. You shall not reduce it. For they are idle; therefore they cry out, saying, 'Let us go and sacrifice to our God.' Let more work be laid on the men, that they may labor in it, and let them not regard false words.'"- Exodus 5:6-9

In the last article, I stated that I would be posting an outline of what's to come regarding the ten plagues against Egypt and the Egyptian gods that were being judged behind them. I already have that article written and will post it in a few days (I promise). I just want to make sure that I'm not jumping too far ahead within this Sacred Account and risk missing something important.

Please be patient and know that every bit of God's Word can be applied powerfully and effectively to our daily lives. We don't have to run to the book of Revelations and keep our heads buried there. Know that there's power throughout all of God's Word. 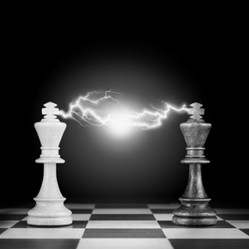 Understand that the Sacred Record influences us in such a manner that the Word of God will enable us to be transformed and added unto when it comes to wisdom, knowledge, insight, and discernment.

Also, God's Word will strengthen us in such a way, where we won't allow ourselves to be moved from what we know to be "Divine Truth."

Know that Jesus Christ is our Lord and Savior, and we won't risk our position of eternal salvation to please and compromise with the slaves of this world.

With that being stated, let's get started. In the last article, we read how Moses and his brother Aaron had come before Pharaoh and had requested the Israelites to be allowed to go and hold a feast in the wilderness. This would be a three-day journey into the wilderness that would take them to a place where the Israelites could make sacrifices unto the God of their forefathers:

"Afterward Moses and Aaron went in and told Pharaoh, 'Thus says the Lord God of Israel: "Let My people go, that they may hold a feast to Me in the wilderness."'" - Exodus 5:1

Needless-to-say that after Pharaoh had heard this request that Moses and Aaron put forth; he was taken back by their petition and responded by saying: "And Pharaoh said, 'Who is the Lord, that I should obey His voice to let Israel go? I do not know the Lord, nor will I let Israel go.'" - Exodus 5:2

After hearing Pharaoh's refusal, Moses and Aaron would press Pharaoh further by letting the Egyptian ruler know that the God of their forefathers might punish them if they didn't go and make sacrifices unto Him: "So they said, 'The God of the Hebrews has met with us. Please, let us go three days' journey into the desert and sacrifice to the Lord our God, lest He fall upon us with pestilence or with the sword.'" - Exodus 5:3

Of course, God never told them that He would punish them, but this was Moses and Aaron's way of trying to sell the idea to Pharaoh. Be that as it may, we find that Pharaoh grew more frustrated with the two and responded by saying: "Then the king of Egypt said to them, 'Moses and Aaron, why do you take the people from their work? Get back to your labor.' And Pharaoh said, 'Look, the people of the land are many now, and you make them rest from their labor!'" - Exodus 5:4,5

So instead of Pharaoh granting their request, he comes to the assumption that Moses and Aaron were keeping the Israelites from their work and so, therefore, caused them to be idle and inactive. Know that Pharaoh couldn't understand why the Israelites would want to go and worship this God of Israel in the first place. I, for one, can imagine him thinking: "What has this God done for them? Can't they see how the gods of Atum and Ra have treated us? Can't they see just how prosperous and powerful we've become because of them?"

Never mind the fact that Egypt wouldn't have been in the powerful and prosperous position they were in if the God of Israel had not used Joseph to help guide them through the seven-year famine. But Pharaoh doesn't know this because he is a new Pharaoh. Besides, even if he did know, it wouldn't have mattered. There will always be a part of humanity that will make the mistake of thinking that they can do better without God or come up with a better plan.

And this is the role that Pharaoh plays in all of this. For he represents that element of humanity that had caused "Adam and Eve" to be deceived into chasing after knowledge, which in turn led them into thinking that they could do better than the paradise that God had placed them in.

Pharaoh is that part of the human race that had caused the "Sons of God" to follow down the wrong path by intermarrying with the "Daughters of Men." This act would cause humankind to fall into a state of corruption and wickedness, which brought about the wrath of God through the "Great Flood of Judgment."

Yeah, this Pharaoh represented that component of humanity that led them to believe that they could build their own gateway to the heavens (without God) through the "Tower of Babel."

Make no mistake, that part of humanity still exists today, where you will find one who is outright rebellious, angry, and decides to make a claim that there is no God. Because of this, they are proud to be called an "atheist."

You still have that element of humanity that seems not to care if there is a God and doesn't care to know one way or another. They feel that they are intellectually superior to those who do believe in God, and because of this, they're proud to call themselves "agnostics." Rest assured that there will always be that component of humanity - that will always challenge God while trying to convince you that there is a better way without Him.

Your God Is False?

Be that as it may, Pharaoh makes his first move against God and the Israelites by issuing this decree later on in the day:

"So the same day Pharaoh commanded the taskmasters of the people and their officers, saying, 'You shall no longer give the people straw to make brick as before. Let them go and gather straw for themselves. And you shall lay on them the quota of bricks which they made before. You shall not reduce it. For they are idle; therefore they cry out, saying, "Let us go and sacrifice to our God." Let more work be laid on the men, that they may labor in it, and let them not regard false words.'" - Exodus 5:6-9

So here we find that Pharaoh has begun to increases the workload of the Israelites. This decree is done by requiring them to go out and gather for themselves the straw that would be needed to make their quota of bricks for the day. This decree meant that the Israelites would have to spend extra time gathering something usually supplied to them by the Egyptian taskmasters.

But on top of that, we find Pharaoh mocking Moses and Aaron: "Let us go and sacrifice to our God," he scoffed. Next, we see the Egyptian ruler claiming that Moses and Aaron's words were indeed false, and by saying this, Pharaoh challenges God.

Of course, this shouldn't surprise us, since Pharaoh did not know this "God of Israel" and so, therefore, why should he accept what Moses and Aaron had said as "truth?"

In the following article, we will briefly look at what's to come regarding the ten plagues that God brings upon Egypt. I will point out how each plague dealt with a specific Egyptian deity or set of deities. I promise this time.

Also, just like I stated earlier, we now see that Pharaoh has made the first move against God, being that he had decided to punish and discipline the Israelites for their request and beliefs regarding the God of their forefathers. Because of this, along with God willing to keep His Word to His people - the stage is now set. It's time to prove which deity is "The True God." Make no mistake, folks, this contest will be between the God of Israel and the Egyptian deities.

162) Moses and the Desolate Souls

164) Moses A God Amongst the Egyptians

165) The Battle for the Souls of Humanity