A god amongst the Egyptians?


In the last article, we took a look at how God reminded Moses of who he was, when it came to the "promise covenant" that the Lord had made with his forefathers. We learned that God would mention a partial genealogy that traced Moses' ancestry back to Jacob's third-born son "Levi."

Then we moved forward, and it's at this point we'd discovered that Moses still didn't have the confidence nor the faith to move forward with the divine calling that the Lord had placed on his life: "But Moses said before the Lord, 'Behold, I am of uncircumcised lips, and how shall Pharaoh heed me?'" -- Exodus 6:30 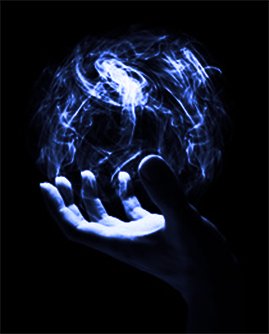 However, God wouldn't give up on Moses. This is why; as we begin to move forward from within our journey, we find that God is still trying to convince Moses that he is the man for the job:

"So the Lord said to Moses: 'See, I have made you as god to Pharaoh, and Aaron your brother shall be your prophet.

You shall speak all that I command you. And Aaron your brother shall speak to Pharaoh to send the children of Israel out of his land.'" -- Exodus 7:1,2

Now I must admit that the passage we just read is fascinating.

And we'll explore it a bit more, a little later on within this article, but before we do that, let us not forget how the Egyptians were able to make it to the powerful position they were now in. Let's revisit this process briefly; I want to make sure that you understand that the Lord had already begun to set Himself apart as being the One True God when He gave Moses the brief genealogy earlier.

However, let's keep this simple by stopping at Noah and his three sons (Ham, Japheth, and Shem), in what I like to call "the beginning seeds of humanity," which were planted from within the new world after the "Great Flood." Understand, the tremendous love that God has for us is so great that He couldn't bring Himself to destroy us, even though we continued to rebel and defy Him as a human race.

Remember the "Tower of Babel?" God could have destroyed humanity again for their vain and prideful attempt to create their own way to heaven. But He didn't destroy us; what He did instead was to divide humanity, for God saw how dangerous we were to ourselves when we banded together:

"But the Lord came down to see the city and the tower which the sons of men had built. 'And the Lord said, "Indeed the people are one and they all have one language, and this is what they begin to do; now nothing that they propose to do will be withheld from them."'" -- Genesis 11:5,6

Remember the "Garden of Eden?" God, in the beginning, gave humanity paradise and all that it could ever want. And yet we listen to the evil in the world, and it convinced us that we could do better: "Then the serpent said to the woman, 'You will not surely die. For God knows that in the day you eat of it your eyes will be opened, and you will be like God, knowing good and evil.'" -- Genesis 3:4,5

Trying To Out Do God

But like always, God showed us that we would never be able to out do Him. We will never be able to out perform Him. So this should be a reminder to us that even though humanity may come up with all kinds of scientific theories, religious ideologies, and symbolic idols and pay off their influential industry slaves to help drive their message to the masses. It doesn't mean that their limited worldly way is better than God's.

Nevertheless, here we have God not only letting Moses know which "God" he's dealing with. God lets us know (as believers) which "God" we are reading about and following throughout the Scriptures. We must keep these things in mind; because the elite, rich, and powerful can always present a natural illusion that may indicate that their way is best. And while doing so, have the confidence and pride to taunt and mock God and His followers as if they were nothing.

I mean, after all, this is the same "visionary trap" that Moses had fallen into, for he'd already witnessed the power of God when he was at the "burning bush," and this sign from God should have been enough. But when he had looked at the overall luxurious and magnificence of the Egyptian kingdom.

When he looked at how the Egyptians were giving full credit to their status, along with their prestigious worldly standing to their deities, it would seem, in a natural sense, that the God of Israel just couldn't measure up.

And if one were, to be honest, the small wonders that the Lord had shown to Moses at the "burning bush" at that time must have seemed like some cheap parlor trick when compared to the natural overall so-called achievements of the Egyptian Kingdom.

to the Wrong Deity

Never mind the fact that this same God of Israel had placed the Egyptians in the powerful position that they were now enjoying. Remember, this was a position established through the servitude and faithfulness of Jacob and Rachel's son Joseph. And because of Joseph, both the Egyptians and Israelites greatly benefited. During this time, the Egyptians would gain solid footing within the world as being seen as a superpower. They were also known as "that nation" that thrived during the "seven-year famine." This also helped their worldly reputation amongst men all the more.

What About the Israelites?

And the Israelites benefited from God providing them with protection and provision throughout the "seven-year famine," and although their protection and provision would eventually lead to them being forced to live and serve from within the bowels of this powerful Egyptian beast that God created. They were still being blessed despite their hardship.

Now I know that most won't be able to see how the Israelites were being blessed and how they were being kept safe by dwelling with the Egyptians. But the reason why I'm claiming that they were, is for the mere fact that they wouldn't have survived the "seven-year famine" if they had not gone down to Egypt.

The Israelites most definitely would not have survived the dangerous and very precarious environment that the famine had created, along with it when it came to the desperate and famished nations that surrounded them.

The Last Statement May Seem Strange?

Now I know that the last statement, regarding the Israelites being protected and blessed by dwelling from within the bowels of the Egyptians, may seem strange to those that are limited to the natural world. But when you're dealing with God, we must not forget that He will turn what would seem like a bad situation to the natural eye into something good for those who believe in Him with a faithful heart: "But as for you, you meant evil against me; but God meant it for good, in order to bring it about as it is this day, to save many people alive." -- Genesis 50:20

So you can't ignore the fact that the Israelites were able to grow many times over as a people, while they lived in the bowels of this Egyptian beast - in spite of their enslavement and ongoing afflictions: "But the more they were oppressed, the more they multiplied and spread; so the Egyptians came to dread the Israelites." -- Exodus 1:12

Moses I've Made You A god?

Now I'm revisiting all of this because I wanted to remind you that, just like I stated earlier, it was the God of Israel that had placed the Egyptians in the powerful position that they were now in. But the Egyptians were giving full credit to their false deities instead.

So now we begin to move forward, and it's at this time, we see that God is about to take things to a whole different level when it comes to the Egyptians. And if they didn't know the God of Israel before, they will know Him soon: "So the Lord said to Moses: 'See, I have made you as god to Pharaoh, and Aaron your brother shall be your prophet. You shall speak all that I command you. And Aaron your brother shall speak to Pharaoh to send the children of Israel out of his land.'"

Let's take a closer look at this statement by God:

"See, I have made you as god to Pharaoh."

God is simply telling Moses that He will do great signs and wonders through him, so much so that he will seem like a "god" to the Egyptians. Understand, the Egyptians may have numerous "false idols," but they have no idea what a True God can do, but trust, they will soon find out.

"...and Aaron your brother shall be your prophet."

In the following article, we'll begin to move forward, and as we do, we will see that God is not done convincing Moses of who He is. Again, in the process, the Lord tells Moses that He's taking His challenge to the Egyptians to a much higher level: "And I will harden Pharaoh's heart, and multiply My signs and My wonders in the land of Egypt." We'll also take a much closer look at this statement, especially when it comes to God hardening Pharaoh's heart.

May God's blessings be upon you, and thank you for your support

162) Moses And The Desolate Souls

165) The Battle for the Souls of Humanity?