We find the king telling the official: "Give her back everything that belonged to her, including all the income that her land had produced all the way up to now." So the official had did what the king had ordered, and the Shunammite's land, and all that she owned before she had left, was restored back to her and her family.

In the last article, we'd learned how there were four lepers, who ended up being very instrumental, when it came to announcing, that Ben-Hadad and his men had retreated, from attacking Samaria. Because of Ben-Hadad's retreat, the famine that was being held over the city of Samaria, was no more. For you see, these four leprous men, were so fed up, when it came to being hungry, they were willing to head over to the camp of the Arameans, so that they could surrender themselves over to them, even if it meant, they would lose their lives in the process: "Why stay here until we die? If we say: 'We'll go into the city' ... the famine is still there, and so therefore, if we continue to stay here, we will still die. So I suggest, that we go over to the camp of the Arameans, and surrender. I mean after all, if they spare us, we live; and if they kill us, then we die." 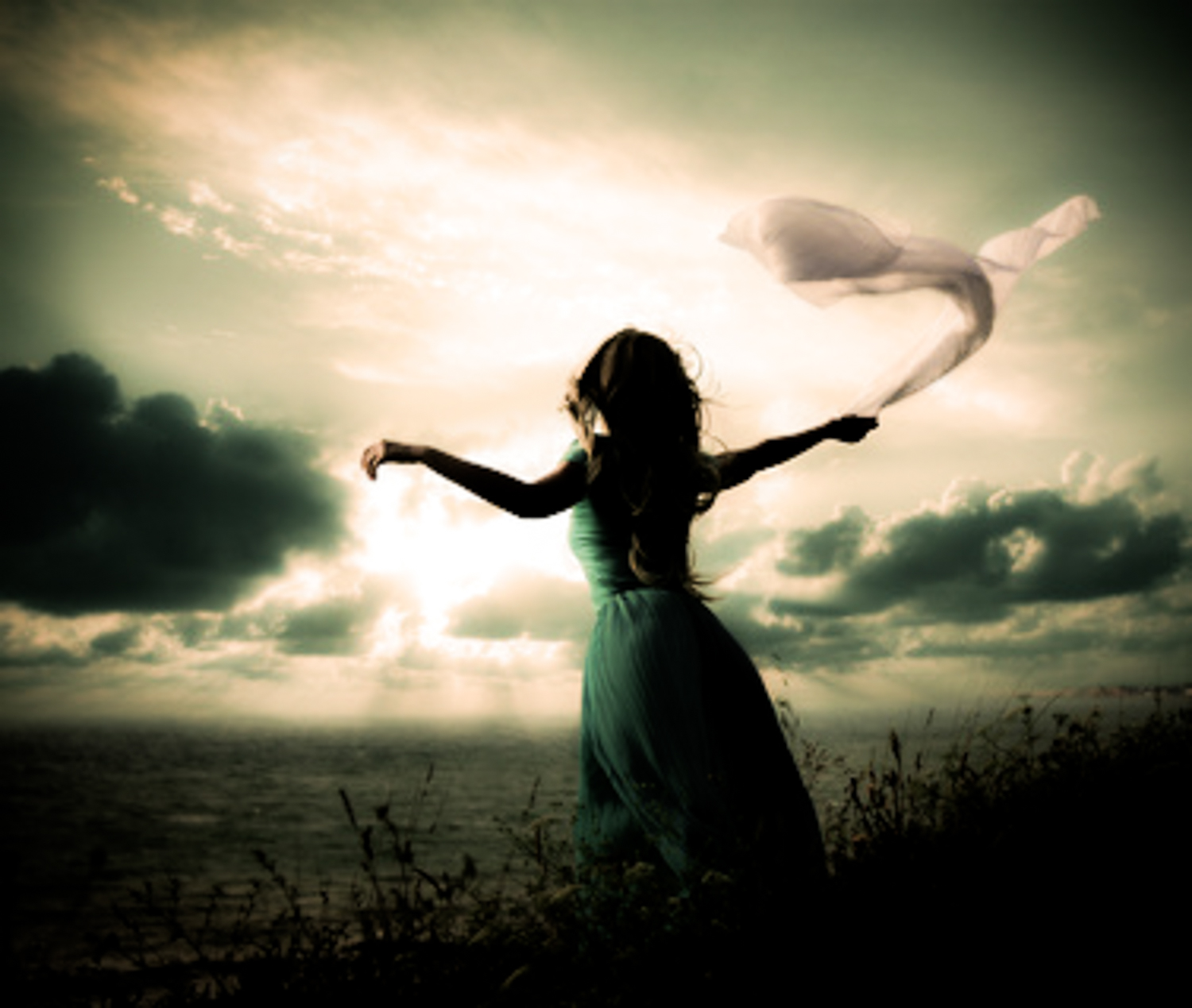 
And go surrender themselves, is what these men would attempt to do. But there would be one small problem, when these four leprous men arrived at the camp, and to their surprise, there was no one there:

"So that evening they went out to the camp of the Arameans, but no one was there! For the Lord had caused the whole army of Aram, to hear the clatter of speeding chariots, and the galloping of horses, and the sounds of a great army approaching. 'The king of Israel has hired the Hittites, and Egyptians, to come and attack us!' they cried out. So they panicked and fled into the night, abandoning their tents, horses, donkeys, and everything else, and they fled for their lives." -- 2 Kings 7:5-7

I Don't Believe It!

And so, when the four lepers had arrived at the camp of Ben-Hadad's men, the camp was found to be empty. For the Lord had caused the Arameans to go delusional throughout the night. So-much-so, they ended up fleeing from the area, leaving behind everything they had. Now with this now being the case, the four leprous men would go and tell the Israel king about what they had just stumbled upon.

And of course, Jehoram the Israel king had his doubts, when it came to what he'd just heard. And because of this, he sent out a scout team, so that they could look things over. And after the king's scouts had surveyed the camp and the surrounding land, they were able to confirm the story of the four leprous men. And it would be from that day forth, the famine was no more. And because of this, Samaria was able to once again, open its supply routes, therefore bringing food back into the city, and bring it back into abundance, just like the prophet had earlier foretold.

Israel Continues In Their Idolatry

Nonetheless, as we begin to move forward. It's at this point, we find that the Northern kingdom of Israel, would once again, be punished with a famine. And it's also at this point, where we also find that the Shunammite woman, the one who was such a blessing to Elisha, comes back into the picture: "Elisha had told the woman whose son he had brought back to life: 'Take your family and move to some other place, for the Lord has called for a famine on Israel that will last for seven years.'" -- 2 Kings 8:1

Now I know that some would find it somewhat extreme, that the Lord was once again, allowing a famine to hit the land of Israel. Especially so soon after Ben-Hadad was doing with his war of attrition. This war of attrition, had just caused them, to suffer through a dark famine. But we must also remember, which king we are dealing with, when it comes to the Israel kingdom.

For you see, Jehoram, the youngest son of Ahab was still ruling this kingdom. And the reason why this matters so much, deals with the simple fact, Jehoram was still a follower of the storm deity Baal. And even though up to this point, God had done so much for him, the very stubborn king, still wasn't a follower, when it came to the Holy One of Israel. So it shouldn't be too far-fetched, Jehoram and the people that he'd ruled over, was still found to be going against God, by deciding to continue on following in the ways of Baal.

And to add to this, also remember, the practice of worshiping the golden calf, was still going on in the cities of Bethel and Dan: "After seeking advice, king Jeroboam made two golden calves. He said to the people: 'It is too much for you to go up to Jerusalem. Here are your gods, O Israel, who brought you up out of Egypt.' One he set up in Bethel, and the other in Dan. And this thing became a sin; for the people went even as far as Dan, to worship the one there." -- 1 Kings 12:28-30

However, as we continue to move forward, we now find Elisha reaching out to his friend, the Shunammite woman. Remember, she was the one that had always been so kind to him. Do you recall the passage I just posted from above? If not, here it is: "Elisha had told the woman whose son he had brought back to life: 'Take your family and move to some other place, for the Lord has called for a famine on Israel that will last for seven years.'" -- 2 Kings 8:1

Notice how the Shunammite woman would continue to reap great rewards, for being so kind to the Lord's prophet, Elisha. For we find, once again, after Elisha had warned her about the seven year famine that was about to engulf the land, she would continue to be obedient to the man of God. And because of this obedience, the Shunammite woman, would pack up her family, and for the next seven years they would move temporarily, in order to live in the land of the Philistines, and they did this, as they waited out the famine.

Returning To A Home No Longer Hers

And rest assured, waited, her and her family would do. For we now find, after the famine had ended, the Shunammite woman and her family returned from the land of the Philistines. But unfortunately, upon her return, the land and everything they had accumulated before the famine had hit, was no longer hers. Now the reason why she had lost her property, we're not told. But what we do know, is that she had went to plead her case to the Israel king. For she wanted to see, if Jehoram would return back her land, and all that she had.

Now when she arrived at the king's court, we find that Gehazi, remember that he was the servant, who had once served Elisha. For he was the one, who was cursed with leprosy. This had happened, because he had gave in to his greedy, and deceitful ways, after God had used Elisha to heal Naaman the Syrian commander, of his very own leprosy. Nonetheless, this man was now holding a position from within the royal courts. For you see, Gehazi's royal position, consisted of him telling the Israel king, about the miracles that he had personally witness, while serving under Elisha.

My Lord! This Is The Woman!

Now it was on this particular day, we find that while Gehazi was telling the king about how Elisha had raised the Shunammite's son from the dead, we now see the same Shunammite woman, entering into the royal court, so that she could speak with the Israel king about her land. Now when Gehazi had saw her, he quickly told the king: "This is the woman, my lord the king, and this is her son that Elisha had restored to life."

Now after hearing this, the Israel king then asked the woman to verify Gehazi's story, and to state her business. So the Shunammite woman would do just that, and after the king had heard her reason for being there; and after he heard her validate Gehazi's story to be true, he assigned one of his official's to her case. Telling the official: "Give her back everything that belonged to her, including all the income that her land had produced all the way up to now."

So the official had did what the king had ordered, and the Shunammite's land, and all that she owned before she had left, was restored back to her and her family. For you see, she continued to reap the great harvest that she had sown, back when she had shown Elisha so much kindness; back when she had provided food and shelter, while the prophet was going back and forth, on his long journeys.

Now that we've seen how the kindness of the Shunammite woman, continues to bring her great rewards, when it came to Elisha. We now find ourselves moving forward. What's this! Is it true? Do we now find Ben-Hadad the Syrian king, reaching out to Elisha for help? Now this is something; one wonders, what could be so pressing from within Ben-Hadad's life, that would prompt him to seek out the help, from one of the Lord's prophets? And not only this, after all that had happened, will Elisha be willing to hear the king out?