The Highlight of God's Creation

"And God said, 'Let us make man in our image, after our likeness: and let them have dominion over the fish of the sea, and over the fowl of the air, and over the cattle, and over all the earth, and over every creeping thing that creepeth upon the earth.'" -- Genesis 1:26

In the last couple of articles, we had taken a look at the first four stages of God's creation account. From within these four stages, we'd learned that God had created light, which is the firmament (the third heaven), outer-space (the second heaven), and the Eternal Kingdom (the first heaven). We'd also learned that the Lord had gathered the waters. And we also learned how He'd divided day from night.

We now continue our journey into the fifth stage of God's creation process. And it's at this time; we find that the Scriptures begin to reveal that God has now started to speak to the waters. And it's at this point; we learn that the Lord is commanding the waters to bring forth the fish of the seas. 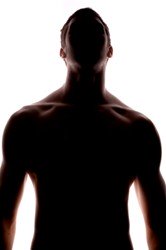 After doing this, the Sacred Record reveals that God also spoke to the heaven of the sky. God commanded that the sky was to bring forth the winged fowls of the air.

Next, we find God commanding the fish of the seas, and the fowls of the air, to be fruitful and multiply.

Now, this completes the fifth stage as we begin to move forward into the sixth stage.

And it's at this point; we find God making, what I like to call, the highlight of His creation, the human being.

But first, we find the Lord speaking to the earth, as He commands it to bring forth the living creatures that were to be made after its kind.

And this command dealt with animals that are considered to be livestock and all creeping things. God also tells the beasts of the earth to bring forth after its kind. And after He did all this, God saw that it was good.

Now we've reached the moment from within our journey, where we find God beginning to speak to Himself. For He gives the command for man to be made in His own image and likeness: "And God said, 'Let us make man in our image, after our likeness: and let them have dominion over the fish of the sea, and over the fowl of the air, and over the cattle, and over all the earth, and over every creeping thing that creepeth upon the earth.'" -- Genesis 1:26

Now I'll like to take this time to point something out. Now I want you to know that this stage excites me the most. You'll notice that as we journeyed through the first five stages, we never came across God speaking to Himself from within those first five creative stages. But now, it's at this time from within the sixth stage, we find our Creator speaking straight to Himself, and by doing so, He starts the process for His next creation, the human being.

For you see, this question appears to unveil the complexity of the subject as a whole when it comes to being made in God's image and likeness. Honestly, most Christians don't hold the same viewpoint as I do regarding this subject. I'd like to think that this disagreement happens, because it's hard for us to break away from our finite minds. Most of us aren't able to go beyond our natural perceptions and understanding of things.

Why Is This Viewpoint So Hard To Embrace?

Actually, suppose we were able to push ourselves to look beyond our natural understanding of things. In that case, one should be able to make the necessary connection, both spiritually and physically, a whole lot easier. I believe; we as human beings genuinely favor the image of God. It's as simple as a child who would favor the image of their parents. And honestly, I don't know why this notion is so hard to grasp.

Know that I'm not talking about being born naturally, as we are with our parents. But being created as a true representation of the source, from whence we came, which is God. Think about that for a moment. Notice how everything else that was created, represents the exclusive source, or environment, it had come from? Have you ever noticed how you can see major similarities in the different species of animals created from within the same environmental system?

If we were to look at all the creatures that God had created from within a specific environment, you would notice that none of them could truly exist outside the environmental system they were created within. But when it comes to the human being, this is not the case.

I'm sure you have noticed that we don't resemble anything else that was made from within God's creation. And the reason for this deals with the simple fact; we weren't made from within a specific natural environmental system. We were made as human beings that had come directly from a source from within God Himself.

What Creature Can Do What We Can?

Have you ever wonder why the human being is the only creature that constantly stands upright, reflecting one as being tall and proud? I believe the way we stand shows that we, as humans, are full of intelligence. It shows how we have the capability to be able to rule over anything and everything that our Heavenly Father has created under us. Know that other creatures can't come close to making this claim. There's no other creature that can even compare to the human being, period.

Understand, when it comes to other creatures, their dominance and instincts can't go beyond the environmental system they were made in. When one looks at things from this type of perception, people should get excited about what they are beginning to understand. I know I do! Why? Because when you're able to adopt this type of perception, it allows you to see beyond the natural order of things while reminding you just how rare and priceless you genuinely are. I honestly believe this is why the Lord had made everything else before He'd made us.

I believe God did this because He wanted to let all creation know that it would be under our rule. This is why, as I stated before, we're the only creatures that can go and dominate different environmental systems, unlike any other. I mean again, think about that for a moment...? Notice how we can go and dominate the waters. How we can go and conquer the land, and how we can also go and dominate the sky. For you see, we're able to do this because we weren't made exclusively from these other environmental systems. We were made from the source that created those systems, so we are not limited to them like the other creatures are. It really is that simple.

God Finally Gets To Rest

Now, as we move forward from within our journey, we find ourselves entering into the seventh and last stage of God's remarkable creation account. It's from within this stage where we find God being recorded as One that's resting. And the Lord does this after He looks over everything He created and saw that all He made was good.

While we're here, I want you to know that when the Sacred Record states that the Lord was resting, it doesn't necessarily mean that God was tired, for you must know, God is never weary. Now with that being stated, I like to take this moment to thank God for all He has have given us, for You are awesome, marvelous, and we're forever in your debt, my Most Precious Lord.

In the following article, we'll take a closer look at the paradise on earth that God had created for us as a human race. This place was truly remarkable and beyond imagination. And it personally brings me great joy and solace to know that God had created it specifically for us.