Obedience Is Always Better Than Disobedience

"Then the Lord said to Cain, 'Why are you angry? Why is your face downcast? If you do what is right, will you not be accepted? But if you do not do what is right, sin is crouching at your door, it desires to have you, but you must master it.'"

In the last article, we'd learned, after Adam and Eve had disobeyed God, the Scripture revealed that the Creator had banished them from the Garden of Eden. Next, we'd discovered the Lord had provided the couple with some coats of skin when their eyes were opened. This happened after they'd eaten from the tree of knowledge of good and evil. It was also at this point; they realized that they were now naked.

Remember, while this was happening, and God had punished Adam and Eve for what they'd done. It's important to know that God was also demonstrating His mercy, grace, and forgiveness when it came to the couple. God demonstrated this, simply by not destroying them, as He'd seem to have suggested earlier: "And the Lord God commanded the man, saying, 'Of every tree of the garden you may freely eat; but of the tree of the knowledge of good and evil you shall not eat, for in the day that you eat of it you shall surely die.'" -- Genesis 2:16,17 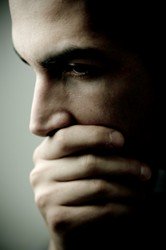 Remember, although Adam and Eve were eventually banished from the garden because they'd disobeyed God. The Sacred Record seems to suggest they'd remained humble servants.

To put it simply, the hearts of Adam and Eve weren't hardened behind their ordeal, and because of this, they'd remain obedient to their Creator.

Be that as it may, we now find our journey leading us into the account of Adam and Eve's sons Cain and Abel.

Now from the very start of this account, there seems to be family drama brewing from within Adam and Eve's household:

"Then the Lord said to Cain, 'Why are you angry? Why is your face downcast? If you do what is right, will you not be accepted? But if you do not do what is right, sin is crouching at your door, it desires to have you, but you must master it.'" -- Genesis 4:6-7

Before we get into this passage, I would like to point out something about Cain and Abel. Starting with Abel, know that he would follow in his parents' footsteps when it came to obeying God. And because of his faithful commitment towards the Creator, Abel would soon gain favor with the Almighty. But when it came to his brother Cain, we find that he was having major difficulty when it came to following the favorable conditions of rules that God had set before them.

"Now Adam knew Eve his wife, and she conceived and bore Cain, and said, 'I have acquired a man from the Lord.' Then she bore again, this time his brother Abel. Now Abel was a keeper of sheep, but Cain was a tiller of the ground." -- Genesis 4:1,2

Now, we're not told about how much time that had passed between the births of the two boys. And because of this, some Bible scholars hold the viewpoint, Cain and Abel were perhaps twins. Now I want to make it clear, I for one, disagree with that assessment. I truly believe the Sacred Record would have made it clear if this was the case.

The reason why I would make such a statement; deals with the fact, the Scriptures love to point out the beginnings, and the first of things, when they happen. When it came to Cain and Abel, this would have been the case if they were indeed twins.

For example, remember when the Sacred Record pointed out these types of details when it came to the account of Isaac's sons, Esau and Jacob:

"But the children struggled together within her; and she said, 'If  all is well, why  am I like this?' So she [Rebekah] went to inquire of the Lord. And the Lord said to her: 'Two nations are in your womb, two peoples shall be separated from your body; one people shall be stronger than the other, and the older shall serve the younger.'" -- Genesis 25:22-23

This was also the case, in regard to Tamar's sons: "Now it came to pass, at the time for giving birth, that behold, twins were in her womb. And so it was, when she was giving birth, that the one put out his hand; and the midwife took a scarlet thread and bound it on his hand, saying, 'This one came out first.' Then it happened, as he drew back his hand, that his brother came out unexpectedly; and she said, 'How did you break through? This breach  be upon you!' Therefore his name was called Perez." -- Genesis 38:27-29

However, when it came to Abel, we're told that he was a shepherd who was good at working and managing flocks. I would also like to point out; this would make Abel the first shepherd to be recorded from within the Sacred Scriptures. I'm talking about this when the Scriptures mention the beginnings and the first of things that are mentioned from within its sacred pages.

However that may be, we now find the Sacred Record showing that as time went on, Abel began to bring the Lord the fat portions from the firstborn of his flocks (which was in line with what the Lord had laid out for the boys to do.) But when it came to Cain, he wanted to bring the first fruits of his harvest. And although Cain's offering seemed to be respectable and sincere, his way of trying to do things fell outside the favorable conditions of rules that the Lord had put in place for the boys to follow.

And this is why, at this point from within the Scriptures, we find God beginning to show favor towards Abel. It was Abel's offering that was totally in line with what the Lord wanted. But when it came to Cain's offering, we're told that the Lord was not pleased. Because of this, the Sacred Text shows that Cain had become envious of his brother Abel from that point forward.

Now it's understandable how one might wonder if Cain was being treated unfairly by God? But one would have to go beyond the surface of the Sacred Text to understand somewhat why God favored Abel's offering over Cain's. And perhaps this passage will shed some light on the matter:

"Then the Lord said to Cain, 'Why are you angry? Why is your face downcast? If you do what is right, will you not be accepted? But if you do not do what is right, sin is crouching at your door, it desires to have you, but you must master it.'" -- Genesis 4:6-7

When we first take a look at the above passage, you should notice that there had to be some type of command, or what I like to call "favorable conditions of rules" that was already in place. "Rules" that Cain and Abel had to been already following. Now one should be able to come to a conclusion of such, being that we now find God reminding Cain: "If you do what is right, will you not be accepted?"

Often, I wonder why people seem to miss this crucial point? You know, the part where God warned Cain when it came to his disobedient actions. Now keep in mind, if there weren't "rules" already in place, how else would Cain know what is right? There had to be some type of command, law, or "favorable conditions of rules" that had already been laid out for them.

Now I believe this to be true, for we find that the passage above seems to demonstrate that Cain and Abel already had some regular fellowship that was taking place between them and the Lord.

Note: These commands that I'm referring to, has nothing to do with the Ten Commandments. It's crucial to remember that the account of the "Great Exodus" hadn't occurred yet.

God had Already Cursed the Ground

Nevertheless, let's go a little deeper when it comes to why Abel's offering was favored over Cain's? Now I must admit, this is speculation on my part, but if we were to look at the judgments that were laid out against humanity after Adam and Eve had disobeyed the very God that had given them everything. We'll find that from those judgments that had been laid out, the ground had already been cursed. Remember? : "Cursed is the ground because of you (Adam); through painful toil you will eat of it  all the days of your life." -- Genesis 3:17

Now, after knowing this, a person can't be blamed for asking: "What does this Scripture mean exactly, and why would it affect Cain's offering to God? In my opinion, Cain put before God an offering that came from something that the Creator had already cursed. Keep in mind, Cain knew this, but he'd refused to follow the command, law, or "favorable conditions of rules" that were put in place at the time, despite being constantly warned by the Most High God not to do so.

In the following article, we'll take a look to see if Cain had any other options when it came to his unfortunate offering situation that was causing a major rift between him and God.