What Else Could He Have Done?

I was thinking if there was anything that Cain could have done, that would have helped to remedied the offering situation that was taking place between God and Cain. I often wonder: "What was Cain to do, being that he didn't own any flock of his own, to give God his offering from?"

In the last article, we'd began our introduction into the recorded account that dealt with Adam and Eve's sons Cain and Abel. I went over the notion that dealt with the possibility that Cain and Abel were perhaps twins. Since the Sacred Record didn't give a time frame when the two were born, I pointed this out. All we know is that Cain was born first, and Abel soon followed: "Now Adam knew Eve his wife, and she conceived and bore Cain, and said, 'I have acquired a man from the Lord.' Then she bore again, this time his brother Abel. Now Abel was a keeper of sheep, but Cain was a tiller of the ground." -- Genesis 4:1,2

I would like to again state; I don't hold a viewpoint that deals with the notion that Cain and Abel were perhaps twins. For I believe that if they were, the Sacred Record would have made a special note of what might have seemed to be a rare and unique birthing occasion. 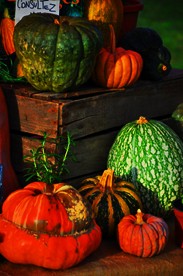 Now we must remember that the Sacred Record had made a special note of other birthing events when it came to twins being born, from within its Sacred Pages.

Birthing events, like the one that dealt with Isaac's sons Esau and Jacob:

"But the children struggled together within her; and she said, 'If  all is well, why  am I like this?' So she [Rebekah] went to inquire of the Lord. And the Lord said to her:

'Two nations are in your womb, two peoples shall be separated from your body; one people shall be stronger than the other, and the older shall serve the younger.'" -- Genesis 25:22-23

Another great example would be Tamar's sons Pharez & Zarah:

"Now it came to pass, at the time for giving birth, that behold, twins were in her womb. And so it was, when she was giving birth, that the one put out his hand; and the midwife took a scarlet thread and bound it on his hand, saying, 'This one came out first.' Then it happened, as he drew back his hand, that his brother came out unexpectedly; and she said, 'How did you break through? This breach  be upon you!' Therefore his name was called Perez." -- Genesis 38:27-29

What Else Could Cain Do?

Nevertheless, in the last article, I left off wondering if there was anything that Cain could have done that would have helped to remedy the offering dilemma that was steadily developing between God and Cain. I often wonder: "What was Cain to do, being that he didn't own any flock of his own, to give God his offering from?"

And in all honesty, one could admit that a question of such is warranted. But despite that, I believe the solution to Cain's offering ordeal; could have been easily remedied. He could have purchased the first-born lamb from his brother Abel. And Cain could've done this by proposing some type of trade that involved the fruit and vegetables; he was so proud of being able to grow from out of the ground.

I truly believe Cain could have easily adopted this type of approach and practice when giving his offering to the Lord. And by doing so, he would have allowed himself to gain favor with the Lord in the process. But no! Cain wasn't trying to do this, being that he was too prideful. And because of this, Cain developed a jealous heart and a vindictive mindset towards his brother.

Remember the Coats of Skin?

Now let's go a little bit deeper, when it came to why Abel's offering drew favor from God: "Then the eyes of them [Adam & Eve] both were open, and they realized they were naked; so they sewed fig leaves together and made coverings for themselves." -- Genesis 3:7

Now when we take a look at this particular passage, we'll find that when Adam and Eve's eyes were first opened, they'd saw that they were naked, and it was at that point, they tried to hide from the presence of the Lord. And remember, after this had happened, God passed judgment against them. But here's a critical passage that should be remembered, and I believe, it applies to this situation with Cain and Abel as well: "The Lord God made garments of skin for Adam and his wife and clothed them." -- Genesis 3:21

Know that this passage points out how God had made Adam and Eve coats of skin, and by doing so, He'd clothed (or covered) the couple after they had sinned, instead of destroying them.

However, if we were to take a closer look when it came to their coats of skin, we would find that the sacrificing of the animal was to be, in a way, symbolic? For it showed the human race (at that time) how to appreciate and pay homage to the very God that was constantly making available, His gifts of mercy, grace, and forgiveness. And to enjoy all the other benefits that come with being faithful to God's covenant.

He also gives us Eternal salvation and the benefits of being under the New (Blood) Covenant that was made possible by the sacrifice and the shedding of Christ's blood, which was made on behalf of humanity and its sins. But we must choose to accept them by repenting of our worldly ways and by accepting Jesus [Yeshua] Christ as our Lord and Savior.

Why the First Born of the Flock?

Now keep in mind, the sacrificing of the firstborn of the flock allowed Abel to bring God an offering that had came from something that was pure and not cursed. For we must remember, sacrificing the animal is the same type of sacrifice God had used when it came to sparing Adam and Eve. So it's only fitting that God's "offering example" should be used when giving unto the Lord.

But of course, this type of offering giving was no longer needed, after Christ had enacted the New [Blood] Covenant when He became the Ultimate Sacrifice for humanity:

"But Christ came as High Priest of the good things to come, with the greater and more perfect tabernacle not made with hands, that is, not of this creation. Not with the blood of goats and calves, but with His own blood He entered the Most Holy Place once for all, having obtained eternal redemption." -- Hebrews 9:11,12

In the following article, we'll look at how Cain fell deeper regarding his vengeful and prideful state of mind. With this sinful mindset and the hardening of his heart, Cain does something that would forever change his life and his standing with the Lord. May God's blessings be upon you, and thank you for your support.