Wicked Giants in the Earth

Exploring the Wickedness & Corruption of Humanity

Mankind had become so wicked and corrupt, the thoughts and imaginations of the human race were revealed by the Sacred Record as being a continuous evil. What this simply meant, is that the thoughts of humanity as a whole, were mainly focused on doing evil deeds, not just part of the time, but all.

In the last article, we began our journey by exploring the recorded accounts of the sons of God and the daughters of men. And it was during this time; we'd discovered that the sons of God were the direct descendants of Seth. Remember that Seth was the son that Adam and Eve had after the horrible event that had taken place between Cain and Abel. However, when it came to the daughters of men, we'd learned that they were the direct descendants of Cain. 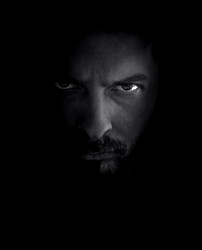 Keep in mind that Cain was Seth's older brother, the one who was banned from the land of their parents after he'd went into a jealous rage and killed his brother Abel.

However, at this time, the Sacred Record reveals that the sons of God would eventually intermarry with the daughters of men.

And because of this unwise move, the sons of God would eventually find themselves ensnared, by the wicked and corrupted ways, when it came to the daughters of men.

"There were giants on the earth in those days, and also afterward, when the sons of God came in to the daughters of men and they bore children to them. Those were the mighty men who were of old, men of renown. Then the Lord saw that  the wickedness of man was great in the earth, and that every  intent of the thoughts of his heart was only evil continually." - Genesis 6:4,5

Who Were These Giants?

Now keep in mind that we're still in the period between the banishment of Cain and the Great Flood of Judgment. However, I'd also stated earlier; it was during this period the sons of God had intermingled while eventually marrying the daughters of men. And soon after, they commenced raising families together.

Now when it comes to the term "giant," know that the Sacred Record is using it in reference to the men who had obtained a position of high stature. These men held positions that had brought along with it great power and influence. Also, these so-called "giants" would end up using their positions of strength and influence to oppress and tyrannize all others from across the lands they'd ruled.

This type of sinful lifestyle had infected humanity with corrupted behavior, bringing along with it an immoral nature. So-much-so, the Lord had decided to punish humanity by using the Great Flood of Judgment. Know that humanity had become so wicked and corrupt that the Scriptures revealed their thoughts and imaginations as continuous evil.

This simply meant that the thoughts of humanity as a whole were mainly focused on doing evil deeds all the time. Know that the sinful lifestyle that humanity was adopting had become so highly corrupt that their morals had begun to decay in the worse kind of way, while their souls every day became tainted with a vile sense of wickedness.

After God had seen what humanity was becoming, the Sacred Record reveals to us that the Lord had became grieved, for He'd regretted making the human race. Now I find that statement to be fascinating! Remember, there had already been a lot of speculation on what God really meant at this time when it came to regretting making the human race.

Now I'm not going to get into all the different viewpoints regarding what Bible scholars and teachers have to say about this particular passage. For I believe that it's not necessary to go into. And the reason why I would make such a statement deals with this part of the passage:

"And it repented the Lord that He had made man on the earth, and it grieved him at His heart." Now basically, this deals with how a person would feel when a person is watching a love-one go down a path that would eventually destroy them. And on top of that, to make matters worse, that is found doing it willingly.

Now, if we were to take the bait by delving into these useless debates about how God really felt at this time, we could run the chance of veering away from what the main point of the passage was meant to reveal. And the main point I'm referring to deals with humanity, all the time, being outright wicked and corrupted.

God's Announcement to the Human Race

But despite all of this, all was not lost for the human race. For we now find the Lord (whose love for humanity can't be measured) had decided not to give up on the human race, but instead, He decided to do something about it: "And the Lord said, 'I will wipe mankind, whom I have created, from the face of the earth - men and animals, and creatures that move along the ground, and birds of the air - for I am grieved that I have made them.'" -- Genesis 6:7

Notice the Lord announced to the human race how He'd wipe away its filth while in the process, undoing all that humanity had already done from within the world. The animals would be punished as well, being that they, too, were made for pleasing and the servicing of humanity. Nevertheless, now the stage is set for the Great Flood of Judgement to come in and execute God's wrath against all of humanity.

In the following article, we'll begin to move forward from within our journey. And it would be during this time; we'll start to enter into the account of Noah. But before we do so, we're going to take a quick look at one of the world's most significant ships that had ever been made The Ark.

14) The Man Behind The Ship