Not A Good Idea Overall - For The Human Race

In the last article, we'd explored the notion when it came to Nimrod being the possible mastermind behind the infamous tower known as the Tower of Babel. I'd pointed out how the name Babel initially meant: the gate of God. But after God had destroyed this so-called gateway to the heavens, the Lord changed the Babel meaning to "confusion." 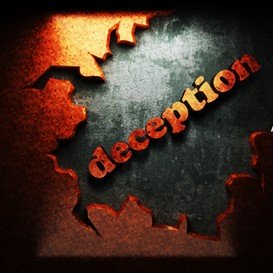 And make no mistake, it was a foolish pursuit on behalf of the human race - when it came to trying to build this Tower of Babel.

However that may be, the Scriptures revealed that the Lord would come down from His heavenly throne, and see for Himself, what the human race was trying to do.

And needless to say, the Lord was not happy with what He'd saw, for He knew that humanity was trying to create their own way into heaven. The human race was foolish to think that they could bypass the Lord.

But God would soon let Nimrod and his followers know that by trying to achieve some position of historical prestige - in attempting to bring about their own eternal kingdom, was reckless on their part.

Understand that God wasn't necessarily jealous of what the human race was trying to do, for He knew they wouldn't be able to achieve what they had sought out to do. But the Lord also knew their efforts would have placed His children on a path that would have put them in direct opposition to Him. Therefore, they would've been led down a path that would have eventually brought about their overall demise as a human race.


Mankind Had Already Made This Mistake


And Paid A Heavy Price For Making It

Understand, the Lord knew that this would be a catastrophe for the human race as a whole - if it were to unite as one. Also, let's say that the human race was able to operate as one. This would have placed humanity in the position to easily be deceived by one person or a small group of powerful, influential individuals. Humankind would be in a position to be deceived by people who do not fear God. Therefore, allowing this person, or group of individuals, to lead the entire human race in the wrong direction and away from God. Therefore, causing everyone to pay a very costly price.

Remember when God had to send the Great Flood of Judgement in order to right the wrong that the human race had caused:

"There were giants on the earth in those days, and also afterward, when the sons of God came in to the daughters of men and they bore children to them. Those were the mighty men who were of old, men of renown. Then the Lord saw that the wickedness of man was great in the earth, and that every intent of the thoughts of his heart was only evil continually." - Genesis 6:4,5

Notice how humanity is making the same mistake with Nimrod. For he was a person that was so determined to defy and be in complete opposition to the Almighty God. He was a person who had developed some type of personal vendetta against the Lord. I wonder if this vendetta had anything to do with God placing a curse on his forefathers' household - therefore placing a curse on his household as well. Interesting, to say the least.

Actually, we had seen the same thing happen to Cain's household after the Lord had placed a curse on him. As a matter of fact, Cain's daughters ended up leading the sons of God away from the Lord. And of course, this was an achievement that had eventually led them to their demise as a human race after God had sent the Great Flood to correct the wrong they had done.

Now we see these similar events happening all over again through the efforts of Nimrod and his deceived loyal followers. Now I hope you can see how this can be very problematic for the human race as a whole? I hope you also understand that God loves us too much to have allowed such a movement to be successful - a movement that would have eventually led His children on a path to destruction, on a path to eternal death.

How Big Was The Tower of Babel

Nevertheless, I would like to use this moment to point out a few more interesting things about this tower. Through research and discovery, it has been found the Tower of Babel was dedicated to the theory of astrology, which is a type of secular worship that has a primary focus. A focus that deals with trying to find divination - while also trying to predict future events from within the framework of outer space, planets, stars, and the starry heavens overall.

It's been discovered from within the Babylon ruins; the Tower of Babel was a building that stood between 150 - 155 feet high, with a base between 400 - 425 feet wide. This particular building was made up of dried bricks and was divided into seven different sections. Each section had signs of the Zodiac placed on them, which leads me to believe that each section was dedicated to certain known planets at the time.

First Section Second Section: Was colored orange which was dedicated to the planet Jupiter.

First Section Third Section: Was colored red which was dedicated to the planet Mars.

First Section Fourth Section: Was colored yellow which was dedicated to the planet Venus.

First Section Fifth Section: Was colored gray which was dedicated to the planet mercury.

First Section Sixth Section: Was colored a dark blue which was dedicated to the planet Neptune.

First Section Seventh Section: Was colored light blue which was dedicated to the planet Uranus.

Mankind Was Simply On The Wrong Path

This is why it's presumed; this is another reason why God had destroyed this massive tower - while confusing the overall language of humanity in the process. Remember, this tower was in direct opposition to the Almighty God. Make no mistake, the human race had once again been deceived by one person, or a small group of individuals, when it came to allowing themselves to be lead away from their Creator, the Most High God.

Now humanity pursued this path, with Nimrod, vigorously. They had lost sight when it came to following the ways of the Lord. So again, this is why God had destroyed this tower, and He'd done it, to save humanity from itself.

However, we now move forward by making our journey into the introduction of Abraham. But before we do, we'll take another look at Noah's son - Shem. For we'll take a closer look at his household and how it all ties into Abraham and his calling.

22) The Introduction of Abraham (Abram)