"Never again will I curse the ground because of man, even though every inclination of his heart is evil from childhood. And never again will I destroy the living creatures, as I have done. As long as the earth endures, seed-time and harvest, cold and heat, summer and winter, day and night will never cease." -- Genesis 8:21,22


In the last article, we learned that God had made a covenant with Noah: "And behold, I Myself am bringing floodwaters on the earth, to destroy from under heaven all flesh in which is the breath of life; everything that is on the earth shall die. But I will establish My covenant with you; and you shall go into the ark you, your sons, your wife, and your sons' wives with you." - Genesis 6:17,18

We'd also learned that soon after, God began to give Noah instructions on what he needed to do next: "And of every living thing of all flesh you shall bring two of every sort into the ark, to keep them alive with you; they shall be male and female. Of the birds after their kind, of animals after their kind, and of every creeping thing of the earth after its kind, two of every kind will come to you to keep them alive." - Genesis 6:19,20 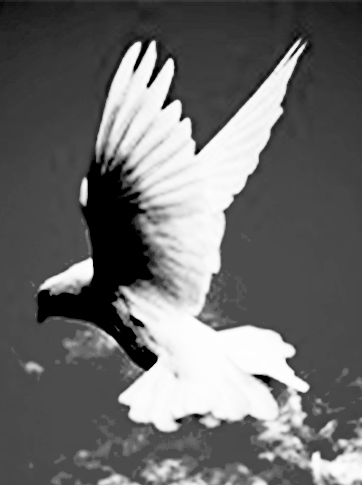 Next, God informs Noah that he'd only had seven days left before the Great Flood of Judgement would wreak havoc upon the Earth: "Seven days from now I will send rain on the earth for forty days and forty nights, and I will wipe from the face of the earth every living creature I have made." - Genesis 7:4

Now, keep in mind that the waters the rain had brought - during those fatal forty days and nights, continued to flood the Earth for another 110 days. This means that the Earth had stayed flooded for a total of 150 days.

However, next, we're told that God had remembered Noah and his family. This included the animals and the livestock still residing with Noah from within the Ark during this time. Soon after, we find God finally putting an end to the rain by closing the floodgates of the heavens. Next, we find God sending forth a wind over the earth, causing the waters to recede steadily from the surface. Also, we're told that the Ark that God had used to bring Noah and his family into the new world would finally rest on the top of Mt. Ararat:

"But God remembered Noah and all the wild animals and the livestock that were with him in the ark, and He [the Lord] sent a wind over the earth, and the waters receded. Now the springs of the deep and the floodgates of the heavens had been closed, and the rain had stopped falling from the sky. The water receded steadily from the earth. At the end of the hundred and fifty days the water had gone down, and on the seventeenth day of the seventh month the ark came to rest on the mountains of Ararat." - Genesis 8:1-4

The Raven and the Dove

The tenth month had arrived after Noah and his family had come to a resting point on the top of Mt. Ararat. And it's at this time; the Sacred Record reveals that the tops of the mountains had started to become visible. At this point, Noah would also wait another forty days before he would open the Ark's window. Noah would then send out a raven to fly across and scout the nearby lands. Next, we're told that the bird would return to the Ark after the raven had scouted the area.

Now it's presumed that the raven didn't fly directly back to Noah, but perhaps, it flew and rested on top of the Ark instead of entering back into the ship. The Scriptures reveal that this particular bird would continue to do this until the waters had totally receded and the earth's ground had completely dried up.

At this point, Noah would use a dove instead of the raven to do the scouting for him from that point forward. We must keep in mind that the dove is more sociable towards humans, and the bird can fly lower and longer than the raven can. And because of these advantages that the dove possessed, when compared to the raven, it would seem that Noah finally realized that the dove would do a better job when it came to scouting the overall area.

Noah would send the dove out to see if there were any dry ground for it to set down at. But unfortunately, the bird would later return to Noah. By doing so, this would be a clear indication to Noah that the floodwaters still had the surface of the earth completely covered.

Noah would wait seven more days before he would send the dove out again. This time when the dove returned, it had a freshly plucked olive leaf in its beak. Understand that this was a positive indicator to Noah, for it signified good news for him and his family. It showed Noah that the waters were finally receding from the earth's surface since the top of the trees were now visible and accessible to the dove.

Noah would wait seven more days before sending out the dove again for the third time, but the dove would not return this time around. And because of this, Noah knew that the floodwaters had receded entirely from the earth's surface.

So on the first day, of the first month, of Noah's six hundred and first year, Noah would remove the covering of the Ark. Upon doing so, he saw that the surface of the earth was mostly dry. And when the second month of that same year had come, and on its seventeenth day, the Scriptures revealed that the earth was completely dry at this point. This is when God, after one year and seventeen days, gave Noah and his family, the animals and the livestock, permission to leave the Ark finally.

Nevertheless, we've now come to the point where we find God making a promise to humanity:

"Then God said to Noah: 'Come out of the ark, you and your wife and your sons and their wives. Bring out every kind of living creature that is with you, the birds, the animals, and all the creatures that move along the ground so they can multiply on the earth and be fruitful and increase in number upon it.'" - Genesis 8:15-17

After hearing this, Noah and his family all headed out of the great ship. Now I would also like to point out, Noah at this time, would immediately build an altar unto the Lord. He took some of the clean animals and clean birds and brunt them on the altar, therefore offering them up to the Lord as a sacrifice. Now when the Lord had smelled the pleasing aroma, He pronounced:

"Never again will I curse the ground because of man, even though every inclination of his heart is evil from childhood. And never again will I destroy the living creatures, as I have done. As long as the earth endures, seed-time and harvest, cold and heat, summer and winter, day and night will never cease." -- Genesis 8:21,22

Now that we have journeyed through the time that it took for Noah to get permission from the Lord finally - so that he could leave the Ark. We begin to move forward, and it would be at this time that we'll learn about God's Magna Charta to humanity and the earth. We'll also take a closer look at what it means.