The Curse of Canaan

"When Noah awoke from his wine and found out what his youngest son had done to him, he said, 'Cursed be Canaan! The lowest of slaves will he be to his brothers.'" -- Genesis 9:20-24

In the last article, we'd learned how God laid out what I like to call the "Magna Charta" for the new world. God spoke this to Noah after he and his family had finally emerged from the Ark's protective surroundings. Noah and his family stepped out into the new natural world that had come about after the Great Flood of Judgement had finally run its course upon humanity. Nevertheless, we'll now move forward from within our journey. 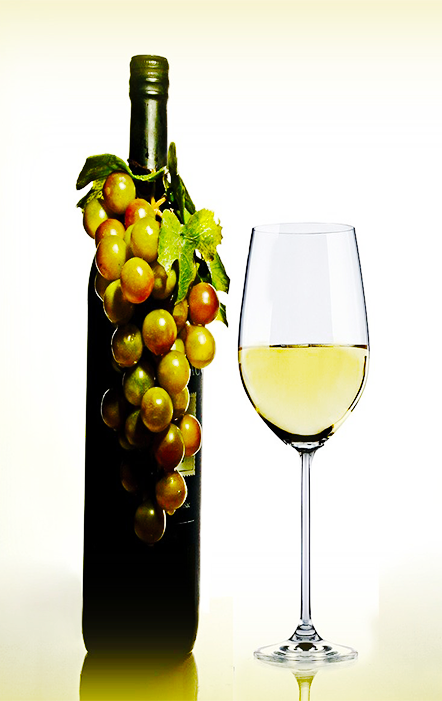 We have now reached the point where we begin to be introduced to Noah's three sons: Shem, Ham, and Japheth:

"The sons of Noah who came out of the ark were Shem, Ham and Japheth. (Ham was the father of Canaan.)

These were the three sons of Noah, and from them came the people who were scattered over the earth." - Genesis 9:18,19

It's at this point where we find the Sacred Record revealing to us, from the passage above, how Noah's three sons would eventually become the forefathers of humanity.

This meant that Shem, Ham, and Japheth would now form the three main roots of humanity. These three roots would eventually become the foundation when it comes to future civilizations.

Now I find this information to be essential. This Scripture had unveiled this little detail, which would further reveal to us how Canaan was Noah's grandson and not his son. This detail is important because many seem to think that Canaan was Noah's son. However, we'll touch more on this subject in a little bit.

But for right now, I'd like to point out that this information is purposely mentioned in the Sacred Record at this time for it to be able to serve as a setup. A setup that would eventually help lead us into the recorded account that deals directly with the blessings and the curse, Noah would end up speaking to his three sons, along with Canaan.

This is evident by the fact that when God had given Noah the instructions on how to build the Ark, the Lord gave those instructions to Noah in a very specific way. And the Lord used terminology that only someone who knew how to build these types of things could understand. Keep in mind that as we continue to make our way through the Sacred Record, we will see that God always uses people according to their abilities, gifts, and talents.

But unfortunately, for the sake of clarity, the Sacred Record doesn't seem to make an issue regarding Noah already knowing how to build boats. So why should we make an issue out of it when it comes to if Noah knew or didn't know how to build ships. And actually, the debate would seem to be senseless to me and a waste of time. I'd only mentioned it, so that you can be aware of the different views regarding Noah's recorded account.

Nevertheless, now we move forward. At this time, the Sacred Record reveals that Noah was a husbandman, which is means, he was a man of the soil, or what we would call in today's time, a farmer. Now, if one were honest, the more we learn about Noah, it becomes clear that he was definitely predestined for the task that God had laid out before him. Remember that the Scriptures tell us that Noah was a good and righteous man, who stood out from his generation, so-much-so, God used him to save humanity at that time from the wicked and corrupt practices that had taken complete hold of it.

Now, as we move forward, we'll also find that the Sacred Record informs us that Noah's skills in husbandry would be a huge advantage for him since these skills would have helped him when it came to cultivating the ground after the waters had receded from the world surface. But unfortunately, at this time, we also find that valuable skill would also put Noah in a very embarrassing position.

It's at this time; the Sacred Record reveals that Noah had planted a vineyard, and from that vineyard, he'd had made some wine. Because of this, Noah would consume a little too much. The Scriptures reveal that Noah had become drunk from the wine that he had made. Because of his drunkenness, Noah ended up passing out, naked, from within his tent:

"Noah, a man of the soil, proceeded to plant a vineyard. When he drank some of its wine, he became drunk and lay uncovered inside his tent. Ham the father of Canaan saw his father nakedness and told his two brothers outside. But Shem and Japheth took a garment and laid it across their shoulders; then they walked in backward and covered their father's nakedness. Their faces were turned the other way so they could not see their father's nakedness. When Noah awoke from his wine and found out what his youngest son had done to him, he said, 'Cursed be Canaan! The lowest of slaves will he be to his brothers.'" -- Genesis 9:20-24

Why Was Canaan Cursed

and not His Father Ham?

Now it gets a bit tricky and mysterious at this point, so stay with me. We're now being introduced to the generational curse that was levied against Noah's grandson Canaan. But I also want to point out that this curse was not levied at his sons. Also, keep in mind, it was Noah's son Ham that was the father of Canaan.

Be that as it may, notice from the passage above how the Sacred Record points out that Ham is the one that had saw his father's nakedness, and not Canaan (as most would teach and preach). At this point, one might wonder: "Why is the curse directed at Canaan, Noah's grandson, instead of his son Ham?" :

"Noah, a man of the soil, proceeded to plant a vineyard. When he drank some of its wine, he became drunk and lay uncovered inside his tent. Ham the father of Canaan saw his father nakedness and told his two brothers outside." - Genesis 9:20-22

Now, if you read the passage carefully again, you'll notice that it states that: "Ham the father of Canaan, saw his father nakedness, and told his two brothers outside." Notice that the passage uses the word (saw) and not the word (found), for we're lead to believe that it was Canaan that had found his grandfather, Noah, laying naked in his tent.

And instead of Canaan covering up his grandfather, he decided to go and tell his father, Ham. However, instead of Ham covering up Noah and disciplining Canaan for his mischief, he too participated in the embarrassment of his father. Ham did this by going to get his two brothers, so they too - could see their father in an embarrassing situation. But when Ham's two brothers arrived, they quickly covered up their father's nakedness, therefore putting an end to their father's embarrassment.

But know this, to say that this generational curse was only directed at Canaan wouldn't be accurate. We must consider that with Canaan being Ham's son, this curse would affect Ham as well, being that Canaan was his seed. This is why Canaan was only mentioned when it came to their household, and not Ham specifically. When Noah levied the curse against Ham's household, understand that Ham and his son Canaan would be treated as the same.

Now one might also wonder, when it comes to this generational curse, it would seem a little harsh for what appeared to be a one-time incident of mischief. So harsh that the reasoning behind the incident has most church leaders and Bible teachers teaching that it had something to do, with some type of immoral sexual act, that Canaan had done against his grandfather Noah.

To be clear, I, for one, don't believe this was the case. For if it was, I truly believe that the Sacred Record would have pointed this out, just like it does throughout the rest of God's Word when it comes to the immoral sexual conduct of others. Now I know some (or most) would disagree with me, but since the Scriptures don't specify if this was the case or not. Then there's no need to be divided amongst ourselves because of it - Amen.

Was This Curse Too Harsh?

Now, as I stated earlier, some could toss around the notion that this curse was, perhaps, too harsh. However, I don't think that I would ever be in a position to question God or His actions. We must remember that God had just destroyed the world because of the constant evil and corrupt intentions and practices that humanity had adopted. They would eventually become slaves of these practices. And to have this type of behavior displayed at such an early stage of the new natural world wouldn't have served it well, or humanity.

After all that Noah's family had just gone through, being that God had just been spared them from a divine judgment of death. They should have known that God would not have tolerated this type of behavior from within this new natural world. This type of behavior will be judged and punished, for God had just given his Magna Charta, stating that the human race will be held accountable for their actions, regardless of whether those actions are considered good or bad.

This is why Japheth and Shem received generational blessings for immediately respecting and covering up their father: "Blessed be the Lord, the God of Shem! May Canaan be the slave of Shem. May God extend the territory of Japheth, may Japheth live in the tents of Shem and may Canaan be his slave." -- Genesis 9:26-27

Know that God also blessed Noah with longevity, being that he lived twenty years longer than Adam and just nineteen years less than Methuselah. Remember that Methuselah is the longest living human that's been recorded from within the Sacred Scriptures.

Okay, as we begin to move forward, we'll learn in the following article when it comes to Noah's sons starting to build their very own families. We'll take a closer look at their family tree (so to speak.)