And it's at this time, that the Sacred Record informs us, that Joseph was a well kept, well-built and very handsome man. And because of this, it wouldn't be long, before Potiphar's wife would begin to take notice of him.


In the last article, the Sacred Record revealed, that in spite of Joseph's very unfortunate situation, he'd continued to stay faithful to the Lord. Joseph would do this, simply by not compromising his position with the Most High -- in order to gain favor with his new master Potiphar. And because of his tenacious commitment, when it came to standing, for who he really was in the Lord -- Joseph was able to retain the favor that mattered the most, the favor that had came from the Lord. 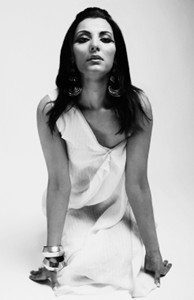 Now let's consider if one were to come from a worldly perspective, when they had taken a look at this part of Joseph's account?

Know that it would be very hard for that person to grasp the idea, or to simply recognize -- how Joseph was still being blessed in a situation that from the outside, looked to be so dire?

I mean after all, here we find Joseph in what seems to be a very unfortunate situation?

Especially when one considers the fact, that Joseph hadn't done anything wrong, that would have justify the problematic position he had been put in, to begin with.


Now (at no fault of his own) he now, finds himself in this very regrettable position of hardship. And to make matters worse? This was done by the very family that Joseph had loved and was found to be very loyal to. And on top of this (thanks to his brothers), Joseph's father Jacob now believes, that he has been killed by some sort of wild beast:

"Then [Judah and his brothers] got Joseph's robe, slaughtered a goat and dipped the robe in the blood. [Then] they took the ornamented robe back to their father [Jacob] and said: 'We found this. Examine it to see whether [or not] it is your son's robe.' [Jacob] recognized it and said, 'It is my son's robe! Some ferocious animal has devoured him. Joseph has surely been torn to pieces.' Then Jacob tore his clothes, put on sackcloth and mourned for his son many days." -- Genesis 37:31-34

Next we find that after Joseph had been sold to the Ishmaelites by his brothers, the Sacred Record informs us that the Ishmaelites had sold Joseph again, after they had arrived in Egypt? This time around, he would be sold to an Egyptian official who'd went by the name "Potiphar."


To Be Honest - I Wouldn't Had Blamed Joseph?


Now after reading all of that, honestly? I for one wouldn't had blamed Joseph if he had decided to become angry and bitter, when it came to the way that his life was turning out. But fortunately for Joseph in spite of all of this -- he wouldn't go down some kind of emotional and destructive path, that was filled with bitterness and anger. No, he would not do this... for he had (no matter what it had cost him in the world) stayed true and faithful to the Most High God.

And liked I'd stated earlier, because of his steadfast faithfulness and trust in the Lord -- Joseph would continue to be highly favored by the Almighty and success would continue to find him, in all that he did. Know that the favor of the Lord was so strong with Joseph -- that even Potiphar (the one who had purchased him) had recognized God's favor on him as well. And because of this "favor" -- Potiphar promoted Joseph to be the overseer over all that he had.


Nonetheless, we begin to move forward... And it's at this time, that the Sacred Record informs us, that Joseph was a well kept, well-built and very handsome man. And because of this, it wouldn't be long, before Potiphar's wife would begin to take notice of him. And it's from this point forward, that she began to aggressively pursue Joseph. To put it simply, she tried to tempt Joseph every chance that she got: "Come to bed with me!" She constantly demanded.

But Joseph being the man that he was, would refuse her advances by reminding her: "With me in charge, my master doesn't concern himself with anything in the house; everything he owns he has entrusted to my care. No one is greater in this house than I am. My master has withheld nothing from me, except you -- because you are his wife. How then could I do such a wicked thing and sin against God?" -- Genesis 39:8,9


But Potiphar's wife would ignore Joseph's reasoning, and she continued to pursue him, as she tried to tempt him some more. Know that she would do this day-by-day, and every time she would approach him, Joseph would resist her. Now understand that this speaks volumes, when it comes to the type of man that Joseph was? for he was in a foreign land, and on top of this, he was around strange customs and religions... and yet, he didn't compromise himself when it came to his beliefs, and he was determine to hold true, to who he really was in God.

I mean after all, consider the possibility that he had the opportunity to sleep with, a young and beautiful Egyptian woman... and yet, he refused her advances. Joseph was wise enough, not to allow himself to be seduce by a married woman, who just so happened to be wedded to his master. And make no mistake -- Joseph had every opportunity to be led astray, and yet, he held firm.


Then one day, we find that Joseph had entered into his master's house, in order to tend to his normal everyday duties. But on this particular day, oddly? none of the household servants were to be found from within the house. And it would be at this time, that Joseph would now find himself, all alone with Potiphar's wife. And this time around, Potiphar's wife would become more aggressive then she ever had, and she'd grabbed Joseph by his cloak: "Come to bed with me!" She demanded once again. But Joseph resisted her this time around as well. And because she was so aggressive, Joseph would run away -- quickly departing from her presence.


Now understand, that Joseph had ran off so fast, that Potiphar's wife would still be holding on to the very cloak that he was wearing. Needless-to-say, at this point, she had become very angry. But she did not know if Joseph would run and tell Potiphar her husband? so she decided to get ahead of the story, by calling the household servants over to her. And it's at this point she told them:

"Look, this Hebrew has been brought to us to mock us! He came in here to sleep with me, but I screamed. When he heard me scream for help, he left his cloak beside me and ran out of the house." -- Genesis 39:14,15

Now a short while later, Potiphar's wife would continue to cover herself, by telling the same story to her husband immediately after he had made it home: "That Hebrew slave you brought us came to me to make sport of me. But as soon as I screamed for help, he left his cloak beside me and ran out of the house." -- Genesis 39:17,18

Now it would seem that Joseph can't catch a break? And when things started to look up for him -- things quickly became bad again. I wonder? will this be enough for Joseph to turn his back on the Most High God? Will Joseph make it through this prison sentence? Through this new ordeal? One could also wonder: What happen, did God abandon him? If he was highly favored, then why didn't the Lord protect him?