Page Seventy-Six
Tamar
Vengeance Is Mine...


"So she took off her widow's garments, covered herself with a veil and wrapped herself, and sat in an open place which was on the way to Timnah; for she saw that Shelah was grown, and she was not given to him as a wife." --


In the last article, we'd continued to take a look at Judah's early history, and some very important possible time-lines and events, that had taken place before Joseph was sold into slavery. But now from this point forward, we'll begin to focus on what happened to Judah's household, after Joseph was betrayed by Judah and the rest of his brothers. 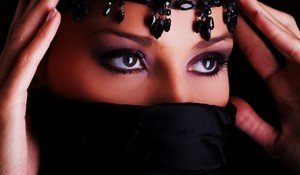 And it was because of Judah's role that he had played, when it came to Joseph's betrayal -- we now find Judah reaping what he had sown.

Know that Judah's season of reaping, would end up coming directly from within his own household.

For the Sacred Record reveals, that after the ordeal that involved Joseph being betrayed -- Judah would eventually lose two of his three sons. Now the lost of Judah's sons would begin to happen, after his oldest son Er had married a Canaanite girl who was named Tamar. For the Sacred Record would inform us, that Er would end up incurring a divine fatal judgment, that was passed against him for being wicked (details are not revealed on why this was). But nonetheless, to make matters worse, Er life was cut short, for he didn't even have enough time to produced an heir with Tamar before his untimely death.

Understand that this horrible event would be a major blow to Judah's household, being that there is no one at this time that will be able to carry on the family name. Because of this, Judah had his other son Onan, who was born second unto him, to marry Tamar for the sake of the family name. But Onan was also found to be wicked in the Lord's eyes.


And although there are some different viewpoints, when it comes to this part of Judah's record. I personally hold the viewpoint, that it was very possible, that Onan had despised his brother Er -- just like his father Judah had done before him, when it came to despising his very own brother Joseph. And so therefore, because of this, Onan refused to get Tamar pregnant. And on top of that, Onan wasn't happy with the fact, that the child would be credited to his brother's name, and not his own.

And I'll be up front with you, I refuse to marginalize this part of Judah's record, by tagging it to the use "birth control" or practicing oral sex. For I personally believe, that this record runs much deeper than that.


Nonetheless, after all this had happened with Tamar and the death of Judah's sons -- the Sacred Record would informs us, that Judah would promise Tamar that he would give his third son Shelah over to her in marriage, after he was old enough to marry. But understand, that this would be a lie on Judah's end?

Know that after all that had just happened with Tamar and his recently deceased sons (Er and Onan) -- Judah was beginning to feel, that perhaps, Tamar was cursed? For Judah had feared, that if Shelah were to follow down the same path as his brothers by marrying her -- then Shelah would meet the same fate as his older brothers.

Nonetheless, in spite of that, Tamar had believed that Judah would keep his word... and so therefore, she'd followed his advice by agreeing to wait for Shelah to become old enough for marriage. Tamar also agreed, to live in her father's household as a widow, while she waited for Shelah to grow older.


Now after some time would pass, we're now told, that Judah's wife had just died. Now understand, that Judah would be sadden by this tragic event, and because of this, he would spend some time grieving. And as some more time had passed, and after Judah had finished mourning the lost of his wife, he decides to go up to Timnah with his friend Hirah the Adullamite.

However this may have been, know that Judah's daughter-in-law Tamar would end up hearing about Judah's planned trip to Timnah. And it would be at this point, from within the Sacred Record -- that we're now told, that Tamar had finally figured out, that Judah had lied and deceived her. For she now knew, that Judah had broken his promise, and that he'd decided against giving his youngest, and only son Shelah over to her in marriage.


So Tamar comes up with a plan, to get back at Judah for his deception? Know that she would put her plan into action, by taking off her widow's clothes and replaced them, by covering herself with a veil and overall, disguising herself as a harlot:

"So she took off her widow's garments, covered herself with a veil and wrapped herself, and sat in an open place which was on the way to Timnah; for she saw that Shelah was grown, and she was not given to him as a wife." -- Genesis 38:14

So as the passage would reveal, Tamar would then head to the entrance of Enaim (which was on the road to Timnah) and she sat there in the open for Judah to see. Now soon after, Judah and Hirah would arrive at the place in which Tamar was sitting. And just like Tamar had figured, Judah would in fact take notice of her, and since she was disguised as a harlot, he didn't know that it was his daughter-in-law that was trying to snare him into a trap.


Nonetheless, he heads over to her. And once he'd came into her presence, he said: "Come now, let me sleep with you?" So Tamar, who was disguised as a harlot, would respond by saying: "And what will you give me to sleep with you?" And after hearing this, Judah replied: "I'll send a young goat from my flock." And since Judah had deceived her once before, Tamar would ask him for some kind of insurance: "Will you give me something as a pledge until you send the young goat?"

Now after hearing Tamar's request, Judah asked her: "What pledge should I give you?" And Tamar quickly responded: "Your seal and its cord, and the staff in your hand." And after hearing this, Judah would agree with her demands, by giving her requested items over to her. So Judah would end up sleeping with Tamar and by doing so, she would become pregnant by him. Now after this had happened, Tamar would then depart from Judah and afterwards, she would take off her veil and harlot clothes, and put her widow's clothes back on.


And shortly after, Judah would keep his word by sending the young goat to the harlot (that Tamar was disguised as) through his friend Hirah the Adullamite. Now Hirah would take the young goat to the harlot, in exchange for Judah's seal and its cord and staff. But when Hirah did not find the woman, he'd asked the men who lived in that area: "Where is the shrine prostitute (a.k.a. the harlot) who was beside the road at Enaim?"

And being that this type of behavior and activities were look upon as scandalous things, Judah didn't want to be shamed by it, so he instructed his friend not to pursue the matter any further, when it came to the items that he was trying to retrieve from the harlot: "Let her keep what she has, or we will become a laughing stock. After all, I did send her this young goat, but you didn't find her." Judah told his friend.

Will this be the last time we see, or hear about Tamar? Will Judah be able to put this behind him, or will this situation come around full circle to haunt him? Could Tamar finally get from Judah, what she couldn't get from his sons?